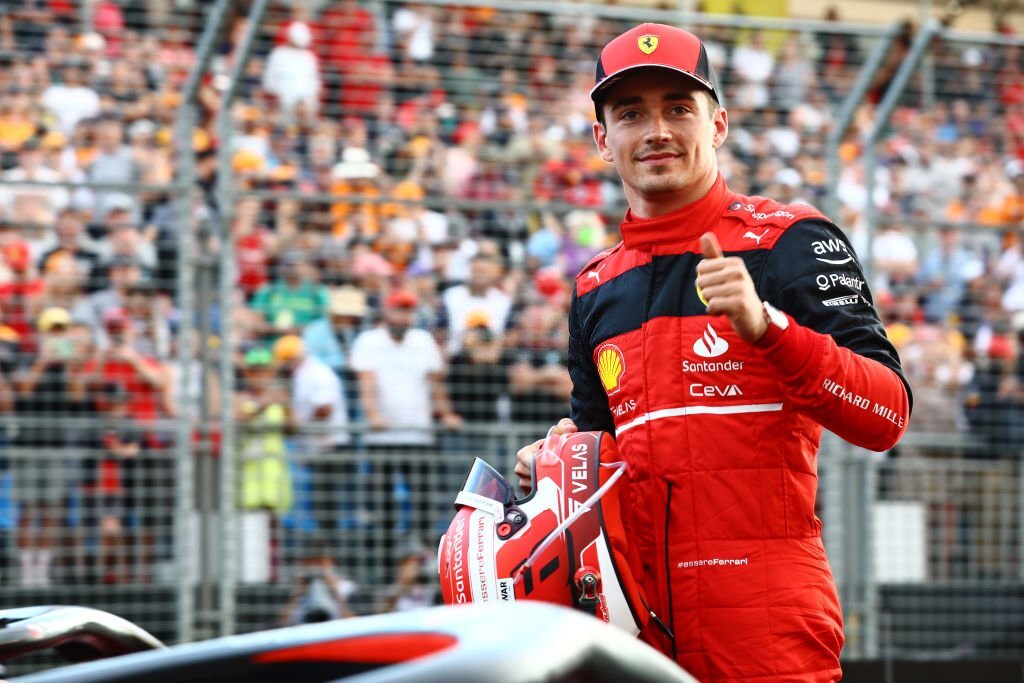 Despite leading in the first three races this year, Ferrari driver Charles Leclerc, 24, did not fulfill his team’s dream of remaining at the top of the list after a few mistakes and malfunctions throughout the year, which gave the opportunity to Max Verstappen to climb up to the summit and he is now on the verge of claiming a back-to-back world title.

Leclerc’s ability is undoubtedly superior than his teammate Carlos Sainz Junior but somehow his luck did not cope up with the atmosphere this year which made him DNF on few races during the summer and eventually forced his team to deal with indubitable issues.

On the contrary, the Dutch Lion of Red Bull racing team, has caused a stir in the arena of motorsport where Max Verstappen and his constructor are “nearly invincible” at this point in the season, as was said by Lewis Hamilton and in 2022, the Dutchman’s most formidable adversary was Charles Leclerc of Ferrari.

Max Verstappen is now in first place with a staggering 116 points to his name. There are still a few races remaining in the season, but with such a large deficit to make up, the outcome of the competition is very obvious to the majority of spectators and teams at this point. On the other hand, Leclerc views the circumstance from a different perspective after facing a number of off the grid situations since his last victory at Australia this year.

Despite knowing the fact that Verstappen is uncatchable this season, the Monegasque driver recently said, “It gets harder, but in the end nothing is impossible and I will fight to the end.” He further added that when they were together racing on beginner stages, they did not even realize that they would be this successful in the future in the realm of Formula One.

Leclerc notes that despite the competitiveness that has developed into the more spectacular portion of F1, there has been room for mutual respect, which is the reason behind his greater optimism of surpassing the Red Bull driver in the remaining races.

At this time, the Flying Hollander is a hot trend in Formula One as this guy needs only a couple more victories to set a new record for most victories in a season and also his impressive demonstration from last year was on par with what we’ve seen from him this year. Max and Lewis Hamilton, the seven-time World Champion for Mercedes, were almost tied for first place last season. While Lewis is concerned about not winning any races this season, Verstappen is going head-to-head with a seasoned adversary in Ferrari’s Charles Leclerc.