NBA: Top 10 most clutch players of all time 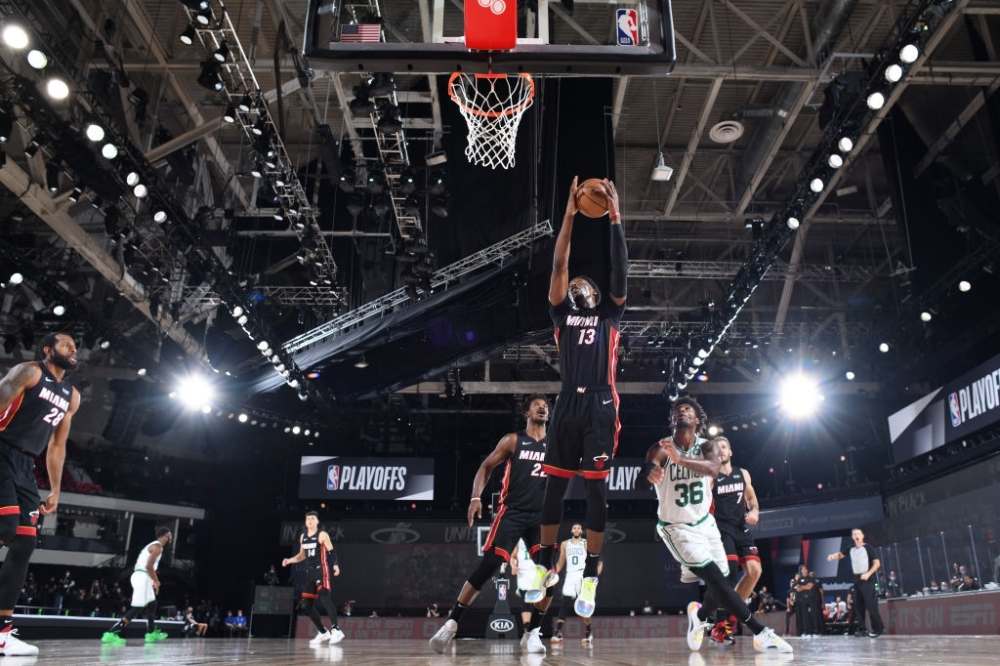 ‘Clutch’ is a word we use to describe a mentally challenging play with high stakes. NBA.com defines clutch time in a basketball game as ‘the last 5 minutes of the game with the teams within 5 points of each other’.

Executing in clutch time requires a high basketball IQ, an even better skillset and most importantly, composure. Even the most skilled players can wilt under the bright lights, as Paul George has demonstrated repeatedly to us.

Who are the most clutch players in NBA history? Who were able to hold their nerve best down the stretch of tight games? Read on to find out.

Through the course of his career, Iverson played a number of high voltage matches. His performance in Game 1 of the 2001 NBA Finals is up there as one of the greatest David vs Goliath battles of all time.

Easily the most underrated player on this list, Joe Johnson truly was a BAAAD somebody. The 2-guard has the offensive skillset of a scoring champion, and he could light up the scoreboard in a real hurry when he had it going.

Iso Joe, as he’s sobriqueted, has the clutch gene in hoards. The former Suns, Hawks and Nets guard scored 8 buzzer-beating game winners from 2007 to 2017, which was, by a margin of 4, the highest in that time frame.

The greatest shooting 7-footer of all time, Dirk Nowitzki revolutionized the concept of a stretch 4 in the NBA. Before him, they were meant to bang down low and corral offensive rebounds as a priority. Nowitzki’s advent made it so that big men could draw their defenders out to the 3-point line, opening up driving lanes for guards.

Through the course of his career, Nowitzki had 19 shots that proved to be the difference between loss and victory. His playoff run with the Mavs in 2011 is truly the stuff of legend.

Dwyane Wade put up one of the most legendary performances in NBA Finals history in the 2006 NBA Finals. He put the Heat on his back and carried them to a maiden championship after they went 2-0 down.

Wade at his peak had unmatched change of pace and direction, and a floater game sweet as honey. He made the game look really easy. But what isn’t easy is the manner in which he knocked down this game winner.

All I know is it looks like both Durant and Bell blocked Wade and he ends up with an all time classic game winner. pic.twitter.com/TSCP8zYbmZ

As clutch players go, Vince Carter was one of the best in the business through most of his career. Carter had unlimited bounce and is known for being the greatest in-game dunker ever. But his ability to come through with game-defining moments was arguably even more important.

Air Canada has knocked down 17 game winners over the course of his storied NBA career. He could put the ball into the hoop from anywhere on the court when he was hot.

Ray Allen is generally the least recognized member of the Boston Celtics Big Three who won the championship in 2008. But the shooting guard holds several 3-point shooting records, including the record for most total 3s made in NBA regular season history.

Allen was as clutch player as anybody. He holds to his credit the greatest clutch shot in NBA history by consensus. Just take a look at how he takes this shot without the slightest hitch when getting back to the 3-point line as the Heat needed a 3 to tie.

5 years ago today, Ray Allen hit a game-tying three in Game 6 vs. Spurs, HEAT went on to win the series in seven pic.twitter.com/WEaDYzPQoV

Allen finished his career with 15 game winners, not counting the shot above.

Larry Bird was the greatest player of the 1980s NBA. Sure, he didn’t win as many championships as the Lakers. But he won 3 straight MVP trophies, and his skillset was even better than that of Magic Johnson as he could score from anywhere reliably.

Bird was also the meanest trash talker of all time. There’s a legend of him telling his defender the exact spot and fashion in which he’d make a game winner, and him still going on to do it. Bird finished with a whopping 18 game winners through the course of his NBA career.

The greatest player of this generation, the gap between LeBron James and the rest of the league is not even funny. He’s been doing whatever he wants, whenever he wants on the court for over a decade now.

PG hits a 3 to force OT, then hits 3 clutch FTs with 2 secs left to take the lead before LeBron wins the game at the buzzer pic.twitter.com/FvnUtgcx7T

James has become an amazing shooter in clutch situations, and his ability to take the ball to the rack is peerless in NBA history. James is closing in on the top players on this list having knocked down 21 game winners in his career so far.

There is no player in NBA history with more game winners to his credit than Kobe Bryant, who has 36 of them through the course of his NBA career. His final game in the league is the stuff of legend, as he led the Lakers to an improbable comeback with a 60 point outing against the Jazz.

Bryant had a whopping 7 game winners during the 2009-10 NBA season. That’s a figure unfathomable by itself.

Michael Jordan defines what it means to be a performer in pressure cooker situations like no other athlete in any sport. His Finals record notwithstanding, Jordan had the ability to take and make shots that defy logic and physics. His famous shot over Craig Ehlo showcases this in the best manner possible.

#OnThisDay 30 years ago, Michael Jordan of the @chicagobulls made "The Shot". One of the most legendary act of his career. #BullsNation vs @cavs #BeTheFight #NBA #NBATwitter #MichaelJordan #MJ #BeTheFight #NBAPlayoffs #History #GOAT pic.twitter.com/R4s1j5F0dk

Through the course of his unrivalled NBA career, Jordan had 25 game winners, including 9 buzzer beaters. These stats only serve to underplay his greatness down the stretch, if anything. The way he controlled close games with his mental toughness is truly a class apart. Therefore, we have put him on the top of our list of most clutch players.

Michael Jordan Vs. LeBron James: Has LeBron surpassed MJ on being the GOAT?
Kevin Durant Achilles tear: Will the 2-time Finals MVP return to his peak with the Brooklyn Nets?