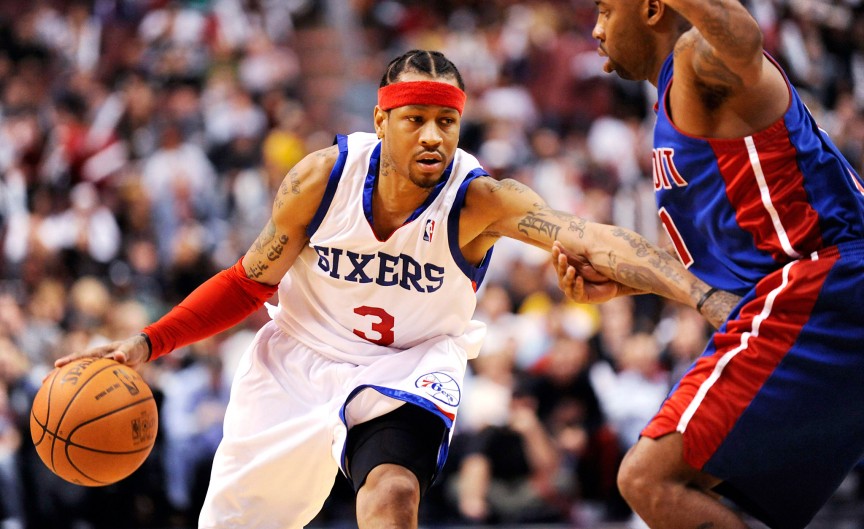 Delivering a flashy dunk, blocking shots, and making the game-winning shots are usually the fastest ways to win spectators’ hearts. But, the ball-handling skills of the NBA stars leave us something to ponder over.

Fans may not always long for a crossover of Jamal Crawford, a body feint by Kemba Walker, a triple after crossovers from Stephen Curry or any wonder that Kyrie Irving comes up with. However, these ball handlers got their way to let us bide our time thinking how they dribble, pass, and decide on the court.

These activities make them completely different from others in the game, and choosing the best ball handlers in NBA history doesn’t become any easier. Despite that, here’s a list that might attract you.

Who Are the Best Ball Handlers in NBA History?

We’ve prepared brief notes on some NBA players with the best handles ever hoping that you could be amused to see their jaw-dropping dribbling skills. 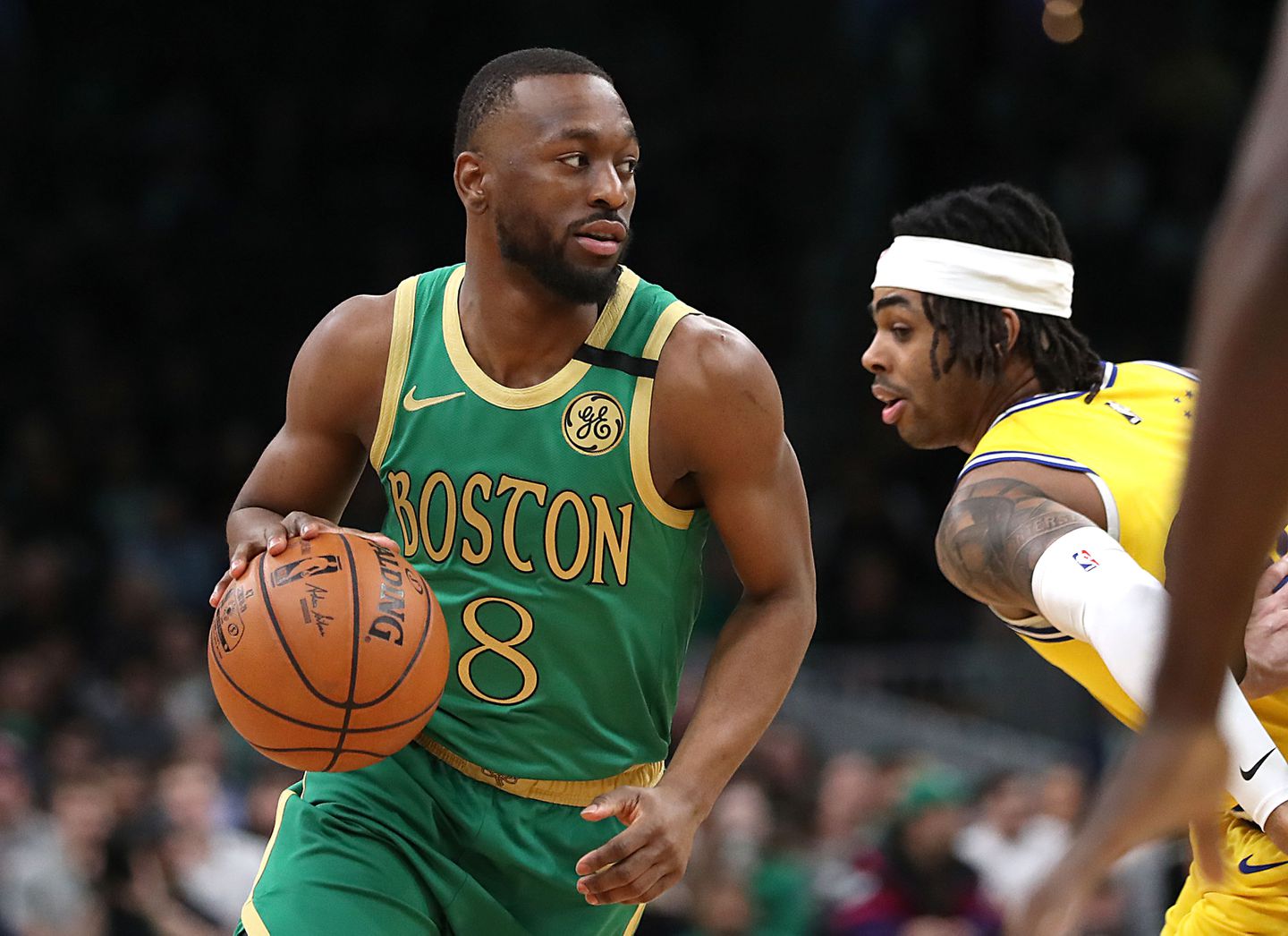 After playing the prestigious McDonald’s All-American Game in 2008, Walker played for three seasons with the Huskies of the University of Connecticut in which he averaged 16.0 points, 4.4 assists and 4.2 rebounds per game.

Walker is a very swift point guard who has strings on the ball. He showed his handling ability early in college level. During the 2011 Big East Conference tournament, he scored a buzzer basket against the Pittsburgh Panthers and allowed his team to reach the semi-finals.

While the two teams were tied, Walker took his defender to the left side by performing a cross-over coupled with a body feint to signify a drive. It ended with step-back jumper fadeaway which won the game.

Following his college career, he was elected in the 9th position of the 2011 NBA Draft by Charlotte Bobcats. He came up with 18 points from the bench in his first NBA game. In December 2011, Walker signed his rookie contract with the Bobcats and became the team’s starting PG after D.J. Augustin 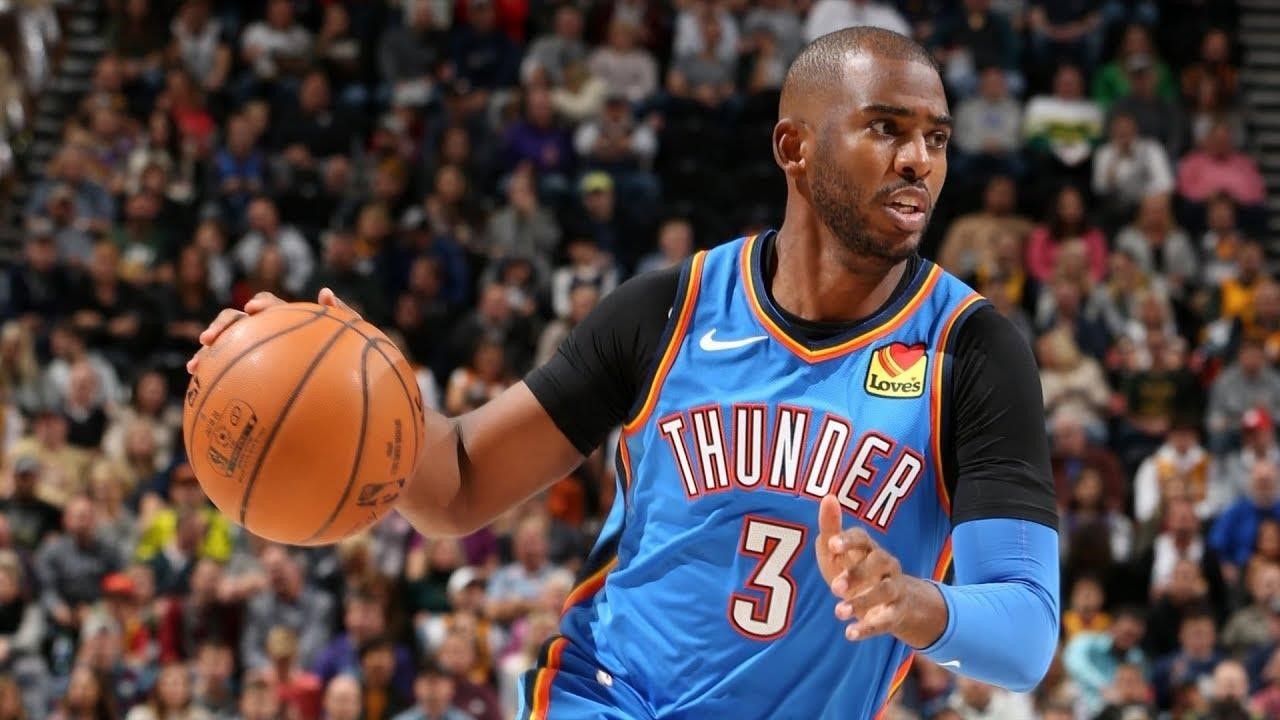 Chris Paul makes a living in the NBA by serving the right teammates in the right times with the right passes, which makes him one of the best passers in the league. He does not only have a pair of quick hands but also good court vision and a remarkable sense of play.

In addition, Paul is also a good in stealing balls with his excellent reading of the game which explains his numerous selections in the NBA All-Defensive Team.

However, more importantly, Chris Paul is a great dribbler. He handles the ball particularly well which allows him to drive into the paint area easily and deliver assists to his teammates. He only records very few turnovers per game. It’s an important quality that often makes him the best choice as a point guard. 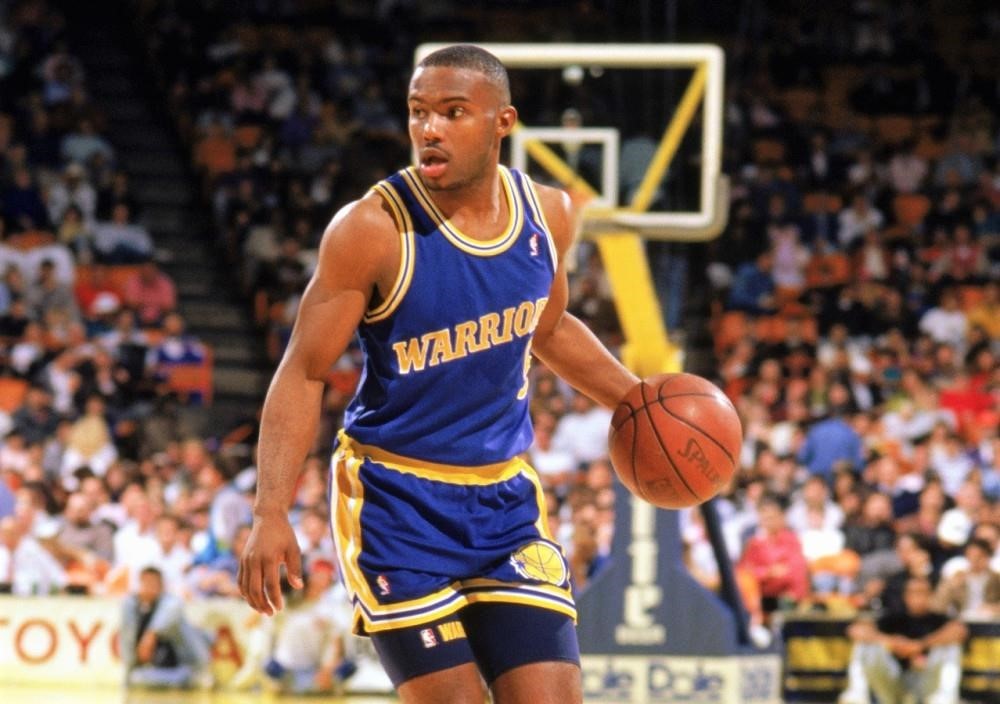 In the 1989 NBA Draft, Hardaway was selected 14th by the Golden State Warriors and since then became a major cornerstone for the team. The Warriors just recovered from a period of rebuilding in the 1980s and had qualified for the playoffs in 1987 and 1989.

This positive trend was also experienced by Hardaway who was selected to the NBA All-Rookie First Team in his first season. In his first two years, Hardaway formed a powerful trio called Run TMC with Mitch Richmond and Chris Mullin. With the Warriors, Hardaway qualified for the playoffs in 1991, 1992 and 1994.

These great feats and achievements were led by Hardaway who possessed quick crossovers, hence his nickname “UTEP Two-step”. Despite being a small player, the father of current NBA player Tim Hardaway Jr. was so fast with his hands and feet. One of his favorite moves was dribbling behind-the-leg followed with a crossover to the opposite hand. 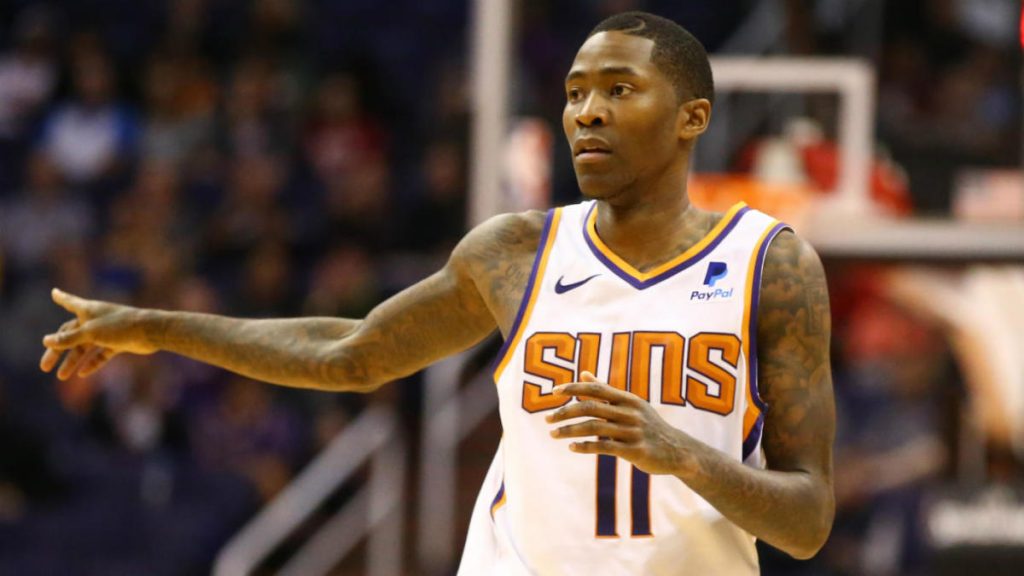 This list will not be complete without Jamal Crawford. “J Crossover” was selected by the Cleveland Cavaliers in the 8th position of the first round of the 2000 NBA Draft. However, he was immediately traded to the Chicago Bulls. After he played in the Windy City for 4 seasons, he was traded in 2004 to the New York Knicks where he shared positions with Stephon Marbury as the guards.

Crawford’s go-to move is a behind-the-back crossover and a hop-step near the rim. This move proves to be dazzling because his defenders do not know which direction he went to. He has long arms which help him to control the ball near him.

He played his best game in January 2007 when he scored 52 points in a game including 8 triples. However, in February that same year, a knee injury made him miss the rest of the season.

He was undoubtedly one of those with the best handles in the NBA, but that skill and agility earned him no major achievements putting him on the list of greats with no All-Stars. 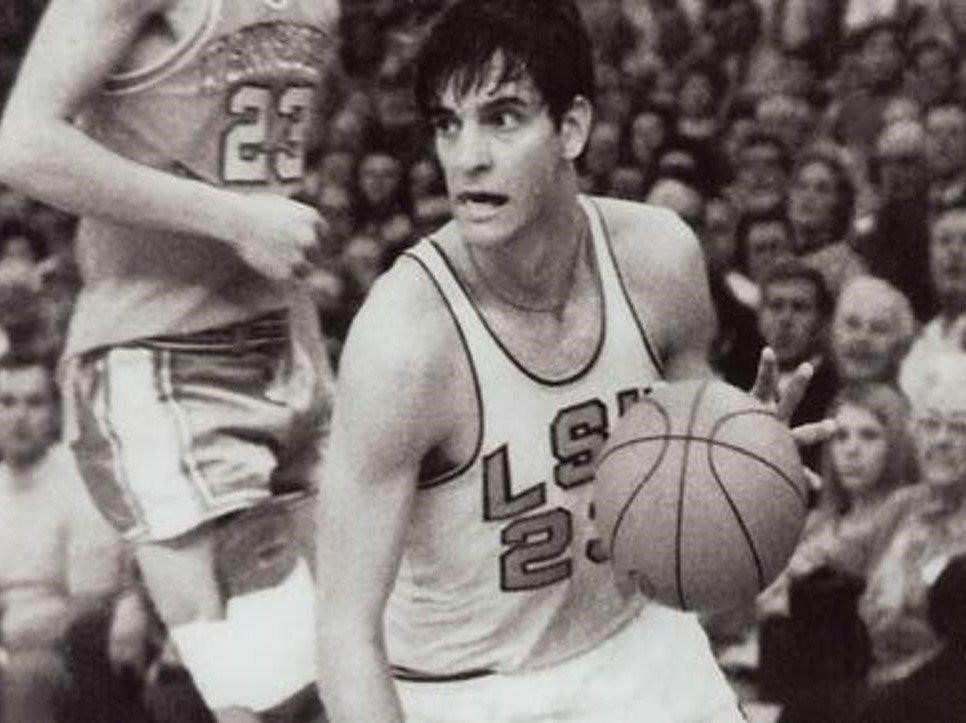 Pete Maravich was born in 1947 and from a young age, he showed predispositions for sport. A basketball fanatic, he was said to dribble basketball in the morning when he went to school on his bike.

The Atlanta Hawks drafted him with their 3rd pick in the 1970 NBA Draft behind Bob Lanier and Rudy Tomjanovich. His arrival offended his new teammates who found it difficult to accept the Wonderkid. By this time, the Hawks’ All Black team was already very solid, built around Lou Hudson, Walt Bellamy and Bill Bridges.

Pistol Pete had a wide range of moves in his arsenal. His jab steps and crossovers sure made defenders faltered. He was very shifty and nifty with the rock and often made good plays on the fast break situations.

On top of that, he was said to be the inspiration to Magic Johnson to deliver quick and flashy passes to his teammates. 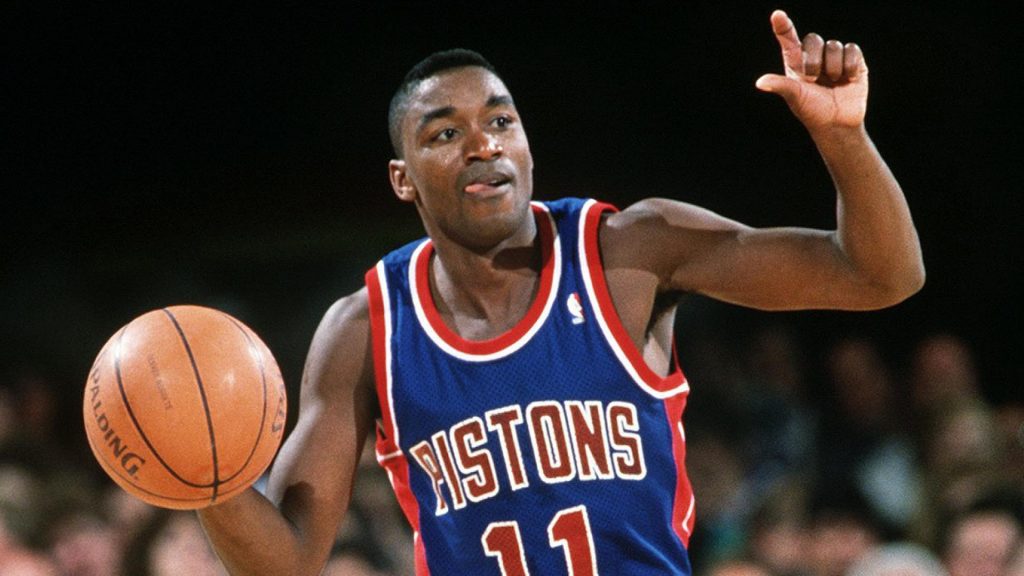 It was indeed true that Thomas did not invent dribbling moves such as behind-the-back or between-the leg crossovers but his way of moving, dribbling, daring shots and incredible passes seemed too good for his time. He dribbled very low so it was almost impossible for opponents to steal the ball away from him.

In the 1988 NBA playoffs, the Pistons made it to the NBA Finals for the first time, meeting the Los Angeles Lakers, who had superstars like Magic Johnson, James Worthy and Kareem Abdul-Jabbar on the starting line-up. After five games, the Pistons led 3-2 and in the sixth game, Thomas sprained his ankle.

Despite his injury, he continued to play under visibly severe pain and scored 25 points in the third quarter alone – an active NBA Finals record. 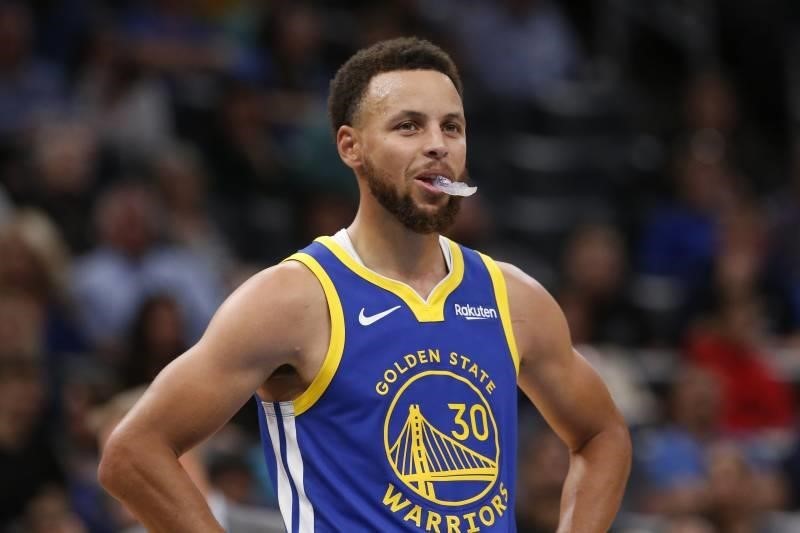 Prior to the start of the 2014-15 season, the Warriors hired former NBA player and general manager Steve Kerr as their new coach. Kerr implemented significant changes to the team’s strategy, including playing at a faster pace and giving him Curry more freedom to shoot, helping the team become a title contender. The rest is history.

Stephen Curry is considered the top among the most accomplished shooters in history. He only needs 0.38 seconds to shoot the ball therefore having the quickest release in the NBA. He shoots the ball with a beautiful, perfect curve and his three-point efficiency changed the style of play in the NBA.

Enough about the shooting; the way Steph Curry handles makes him a solid ball-handler too. He has a series of vicious crossovers, size-up dribbles, and some pretty good hesitation moves to deceive his defender. All of these often end with a quick step back and a three-point shot. The next thing the defender hears is splash from the rim.

Before becoming the player he is now, at 15, Stephen Curry was barely 1.70m tall and weighed only 56 kg. Due to lacking power in his arms, his shooting gesture was bad and he was not able to dribble quickly. Accompanied by his father, he trained hard during the summer to work on his handles and his shots in order to play college basketball. 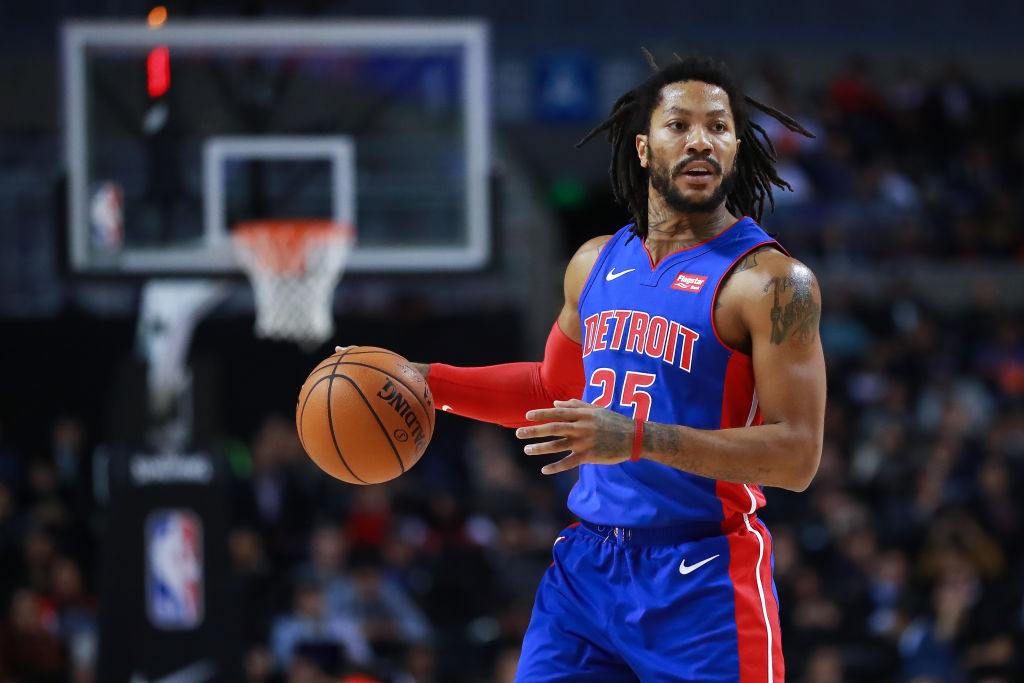 Derrick Rose is a shell of his former self. However, prime Rose is one of the best athletes the game has ever seen. He was known for ankle-breaking crossovers, explosive dunks and solid shooting in the midrange area. A typical Derick Rose crossover is a quick ambidextrous move. Ask Tyreke Evans, Andre Miller and Mike Conley how it felt like getting crossed by Rose.

In the 2010-11 NBA season, despite an average start, the Bulls got the best record in the regular season by recording a total of 62 wins by 20 losses. All of this happened under the leadership of Rose.

That year, Rose ran a memorable campaign (25.0 PPG, 7.7 APG and 4.1 RPG) that led him to his second participation in the All-Star game and was named MVP of the season, thus becoming the youngest player to achieve it. He joins Michael Jordan as the only two Bulls to win an MVP.

In the playoffs that year, the Chicago Bulls got rid of Indiana Pacers and Atlanta Hawks in the first and second round respectively. In the Eastern Conference Finals against Miami Heat, the Bulls started with the home court advantage but were defeated in 5 games by the Big Three of Miami: Chris Bosh, Dwyane Wade and LeBron James. 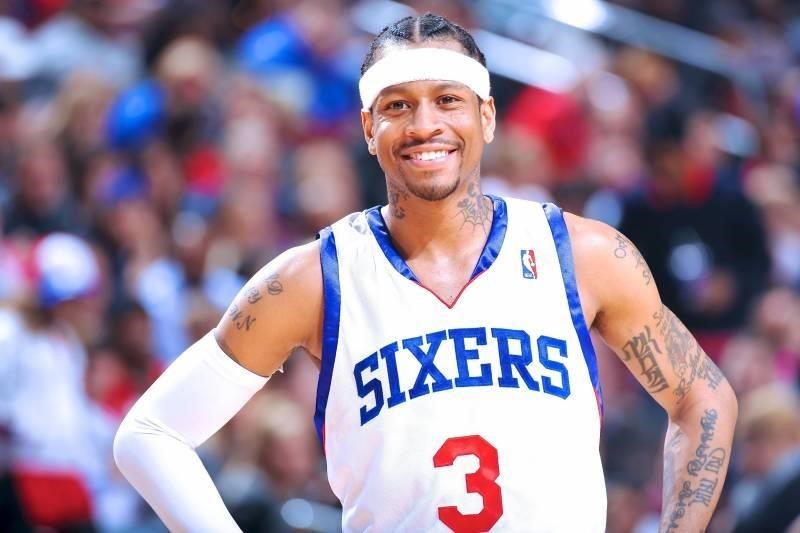 Ever heard of critics saying “Look at the way Allen Iverson handles!”? It was something that let him cross the Michael Jordan a.k.a. the GOAT. Iverson was selected 1st in the 1996 NBA Draft by the Philadelphia 76ers.

In the chronically weak Sixers, he immediately took the lead and scored 23.5 points on average, making him the Rookie of the Year and a member of the NBA All-Rookie First Team. That season, he was the only rookie in NBA history to score 40 or more points in five games in a row. In the 1998–1999 season, he led the league with 26.8 PPG and qualified for the playoffs for the first time with the Sixers.

“The Answer” literally broke his defenders’ ankles numerous times with victims including Darrell Armstrong, John Stockton and Stephon Marbury. At one occasion, Iverson made Antonio Daniels touched the floor not once, but twice in the same play.

An Allen Iverson crossover makes a mesmerizing sight and a flamboyant display of his dribbling skills. His small size allowed him to move quickly and change his direction in a matter of seconds and thereby confirms his position among the best ball handlers. 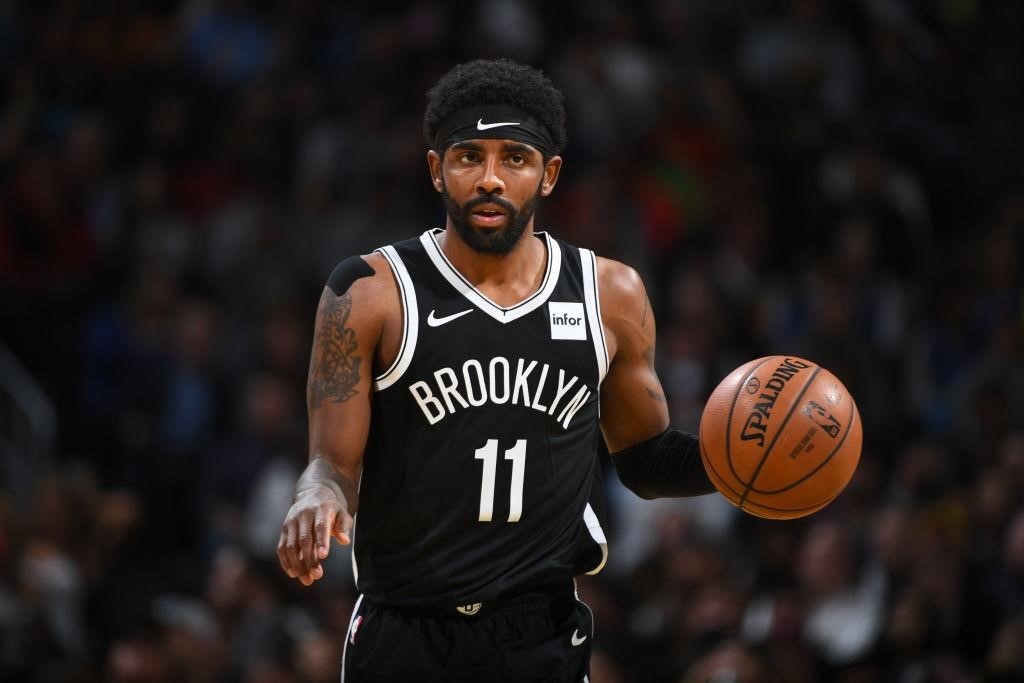 Needless to say, Kyrie Irving handles the ball straight. He showed mastery over a wide range of dribbling moves, from crossovers to step backs. He is widely regarded as one of, if not, the best dribblers in the NBA history.

With such handles in his bag, he also adds speed and agility which gives him a definite advantage during one-on-one situations. Besides, Irving has a very reliable shot from mid-range (45.4% in career) and behind the three-point line (39%) which helped him to win the NBA Three-point Shootout Contest in 2013.

He displayed his accurate shooting capability on numerous occasions and is known for being a clutch in tight game situations. Furthermore, Irving is one of the most effective finishers in the league, mostly due to his ability to change hands in the air.

He can, in a short period of time, find a flaw in the defense and exploit it to score a lay-up. His strength therefore lies in his ability to score which has frequently led him to assume the role of scorer within his team.

The 2012-13 NBA season was a breakout year for Kyrie Irving. He established himself as one of the best youngsters in the NBA. He performed very well, with 34 points against the Brooklyn Nets, 41 points at Madison Square Garden against the New York Knicks or 40 points against the Boston Celtics.

He also took two shots for the win against the Charlotte Bobcats and the Toronto Raptors. His participation in the NBA All-Star Game 2013 for the first time not only marked a great season for him but also seals his place beside the best ball handlers of all time.