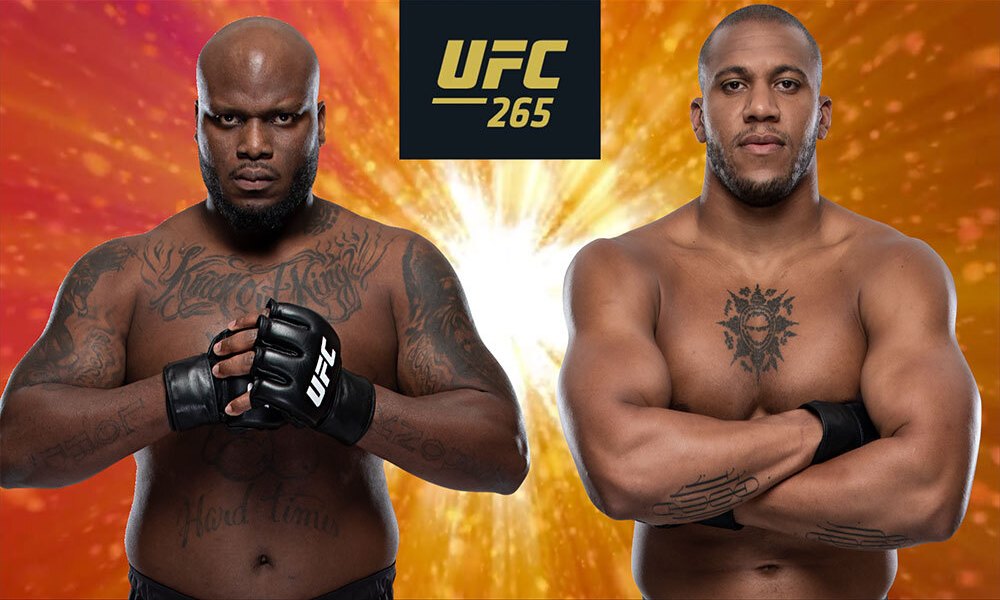 Derrick Lewis vs Ciryl Gane is set to fight for interim UFC Heavyweight Championship at UFC 265. This will be the first title fight for both fighters.

Derrick Lewis is known for his knockout capabilities. He will enter the octagon with a 13 knockouts record, which is the most knockout record in UFC history. Lewis is currently holding the four-fight winning streak and has been having a steady performance for the last two years.

On the other hand, Ciryl Gane has given his best and experienced a quick rise. He will join the fight with a 9-0 record. Gane started his UFC career two years ago and has proven as one of the best fighters in the UFC heavyweight division. As a result, he appears in a title fight.

Watch Hall vs Strickland for Free 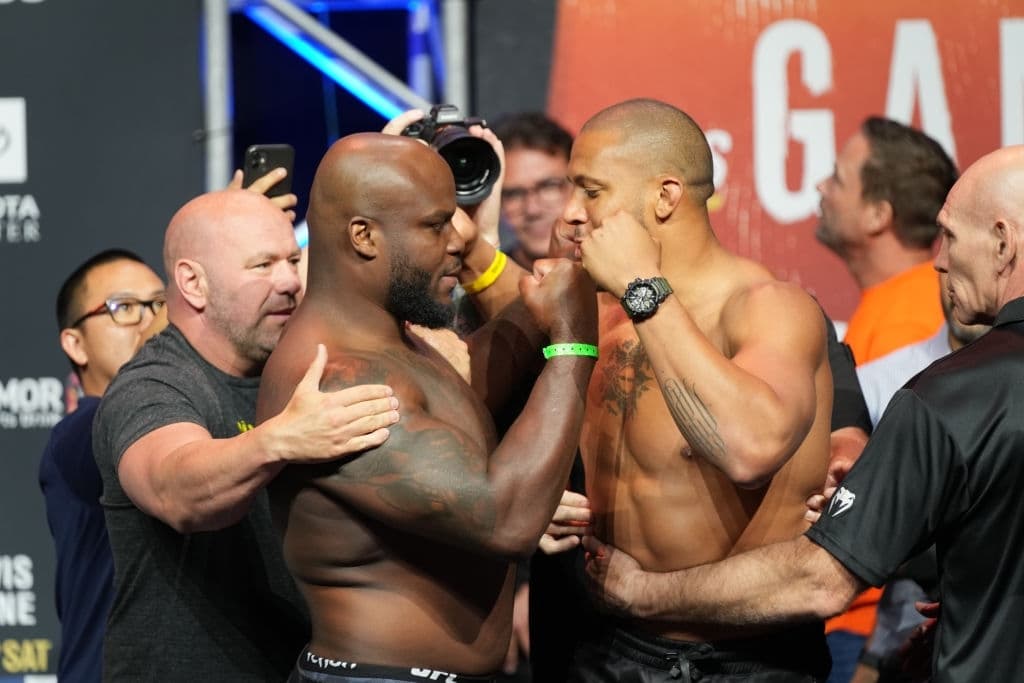 HOUSTON, TX – AUGUST 06: Derrick Lewis (left) and Ciryl Gane (right) steps on the scale and then face-off during the ceremonial weigh-in for UFC 265 on August 06, 2021, at Hyatt Regency in Houston, TX. (Photo by Louis Grasse/PxImages/Icon Sportswire via Getty Images)

The fight will be aired on ESPN+ PPV in the USA. However, the main prelim fights will be available to watch on ESPN and ESPN+. ESPN is available on most cable TV. So, you don’t need to subscribe to any service if you already have a cable TV subscription. But, if you don’t have a cable TV subscription, you may need to subscribe to a third-party cable TV provider such as Fubo TV, YouTube TV, AT&T TV, etc. This TV streaming provider will give you access to ESPN+ too.

However, you have to buy the PPV to enjoy the Derrick Lewis vs Ciryl Gane live stream. The current ESPN+ subscriber or non-subscriber can buy the pay per view for $69.99. But if you want to buy the PPV with ESPN+ monthly subscription, it will cost $84.99.

Early Prelims will be available on UFC FightPass for $9.99/month. The prelim fights can be watched on ESPN2 along with ESPN+. 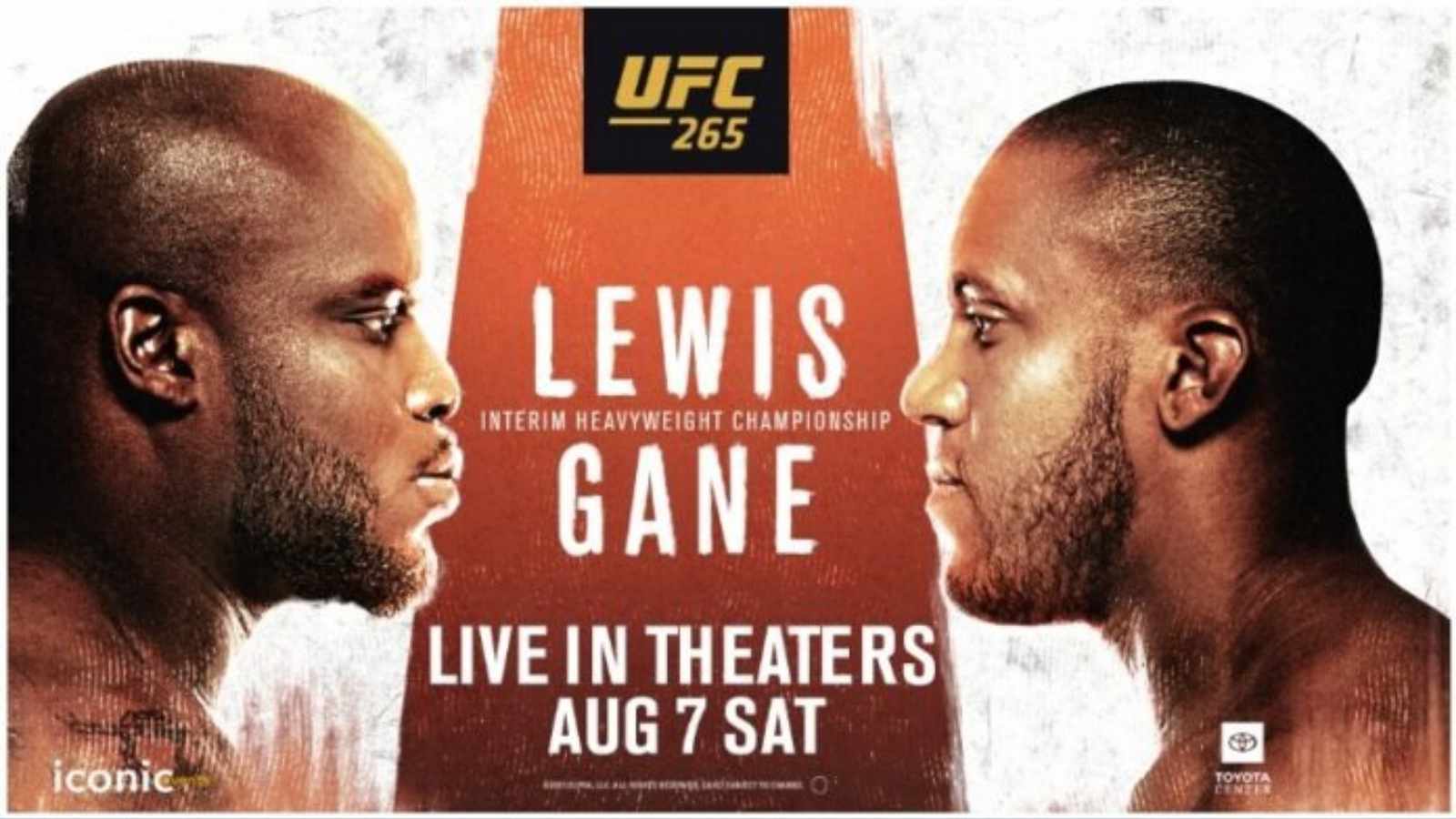 Derrick Lewis has the power, while Ciryl Gane has the speed. It is evident that the showdown will be power vs speed. Both fighters are prominent strikers. Hence, both of them will be seen on their feet throughout the bout. As per their fighting style, Lewis will surely want to finish the bout with a quick knockout, and Gane would fight from a distance. With this note, Gane will get the benefit. But, Lewi’s knockout power may outweigh all Ciryl Gane’s effort.

So, we predict Derrick Lewis wins by KO/TKO in Round 3.