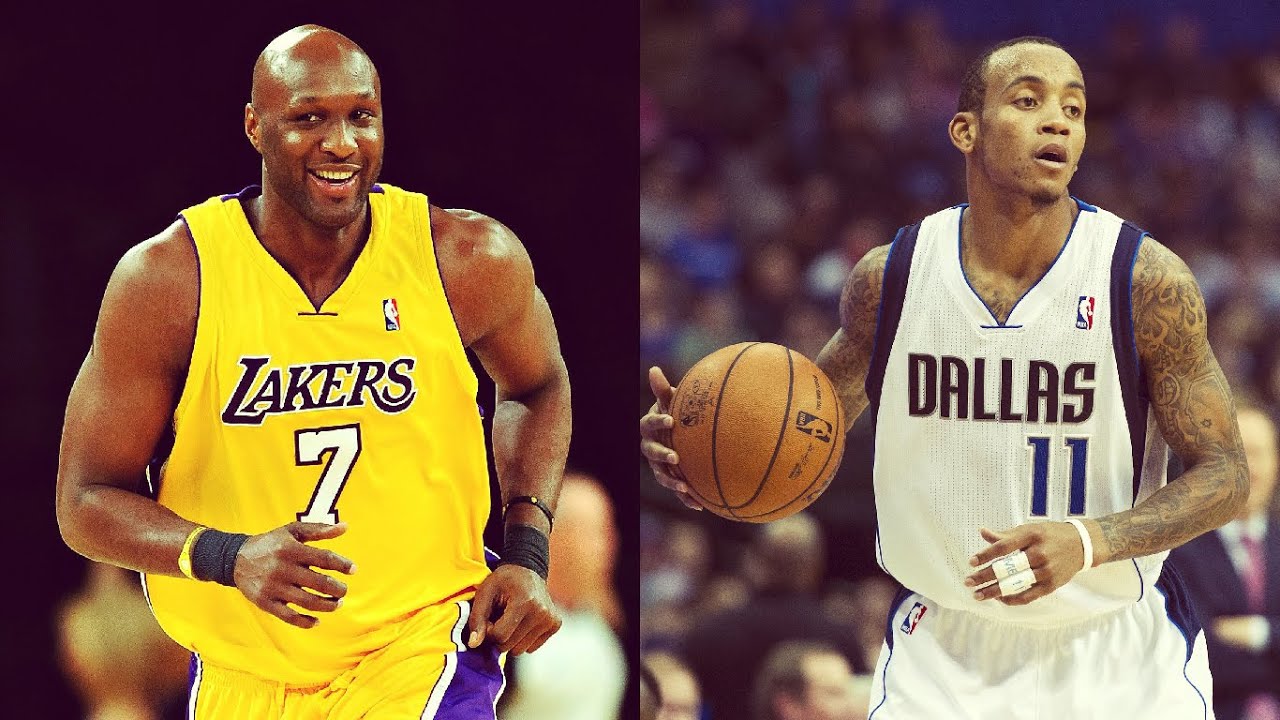 The snubbing of great performers from a prestigious list like All-Star happens every NBA season. Not all snubs are as disappointing as those who put serious contributions without the fame to be called an All-Star.

These selections come out of votes from fans, media, and players whereas the coaches have the authority to choose the All-Star reserves. Since the beginning of the selections in 1951, many NBA players have faced the same.

But it was never quite clear why greats like Strickland, Odom, Crawford, and even some Hall of Famers couldn’t make it. A few of these people also had multiple seasons to bring them the honor. But, fate obviously had different outcomes for them.

In this article, you’ll know the stories of the best NBA players without all-star appearances. We’ll focus on the career highlights and important stats for their individual positions. 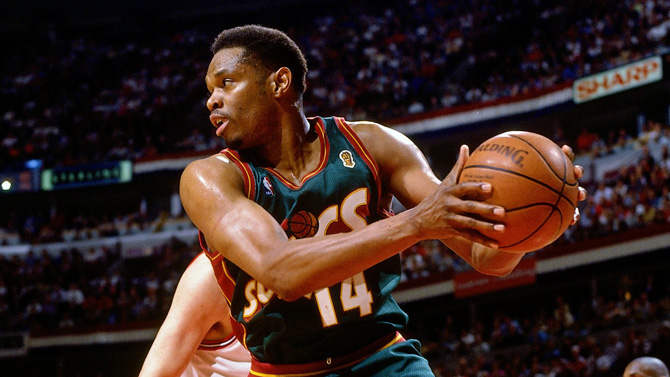 Sam played for four NBA teams throughout his 17 seasons, but sadly, he wasn’t much of a highlight for any of the sides. His total career can be divided into two segments – the first 13 seasons and the rest 4. He didn’t struggle making double figures in any season of the first segment. However, for him, the second phase was all about being considered to be just useful. 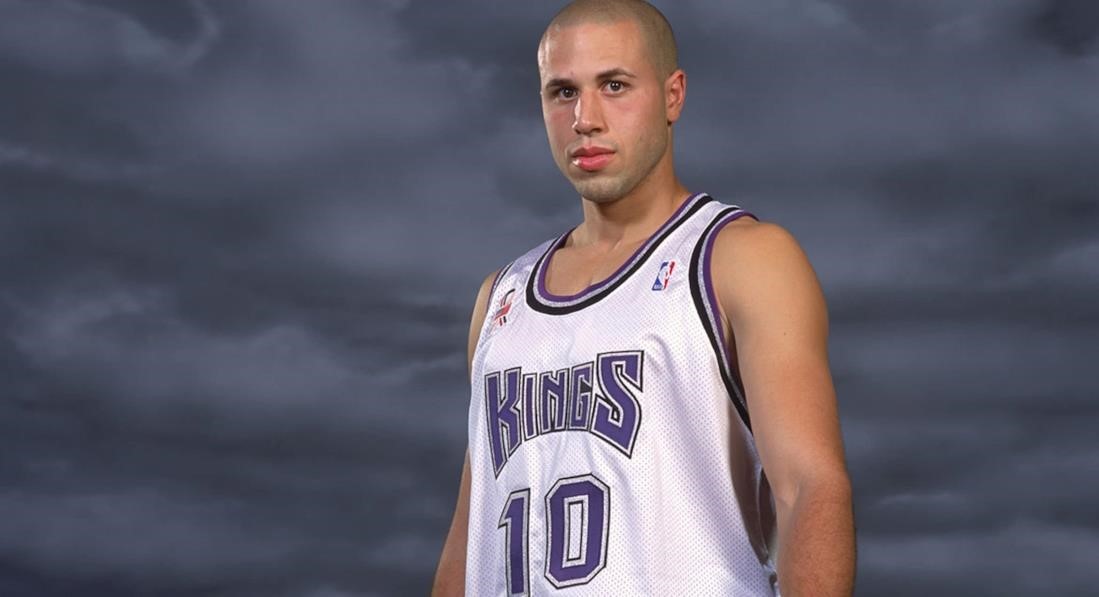 Known As: Member of the League’s Top Starting Five (During His Time with Sacramento Kings)

Mike Bibby was part of the legendary Sacramento Kings in the early 2000s who narrowly missed the NBA Finals. In the 2004/2005 season, he shone with 19.6 PPG, 4.2 RPG and 6.8 APG. While his teammates with the Kings, Chris Webber, Vlade Divac and Peja Stojakovic were an All-star at least once, the playmaker couldn’t make it.

During the 2001/02 season, Bibby led the Sacramento Kings to the Western Conference Finals in which the team eventually lost to NBA champions Los Angeles Lakers. Due to injuries, Bibby only played 55 games in the 2002/03 season, but still achieved a respectable average of 15.9 points per game. Bibby had his best year for the Kings in the 2005–06 season when he scored 21.1 points per game.

Following his stint with the Sacramento Kings, Bibby played for the Atlanta Hawks, Washington Wizards and Miami Heat. Bibby had the chance to win his only NBA title when the Heat reached the 2011 NBA final but they lost to the Dallas Mavericks which were led by Dirk Nowitzki. 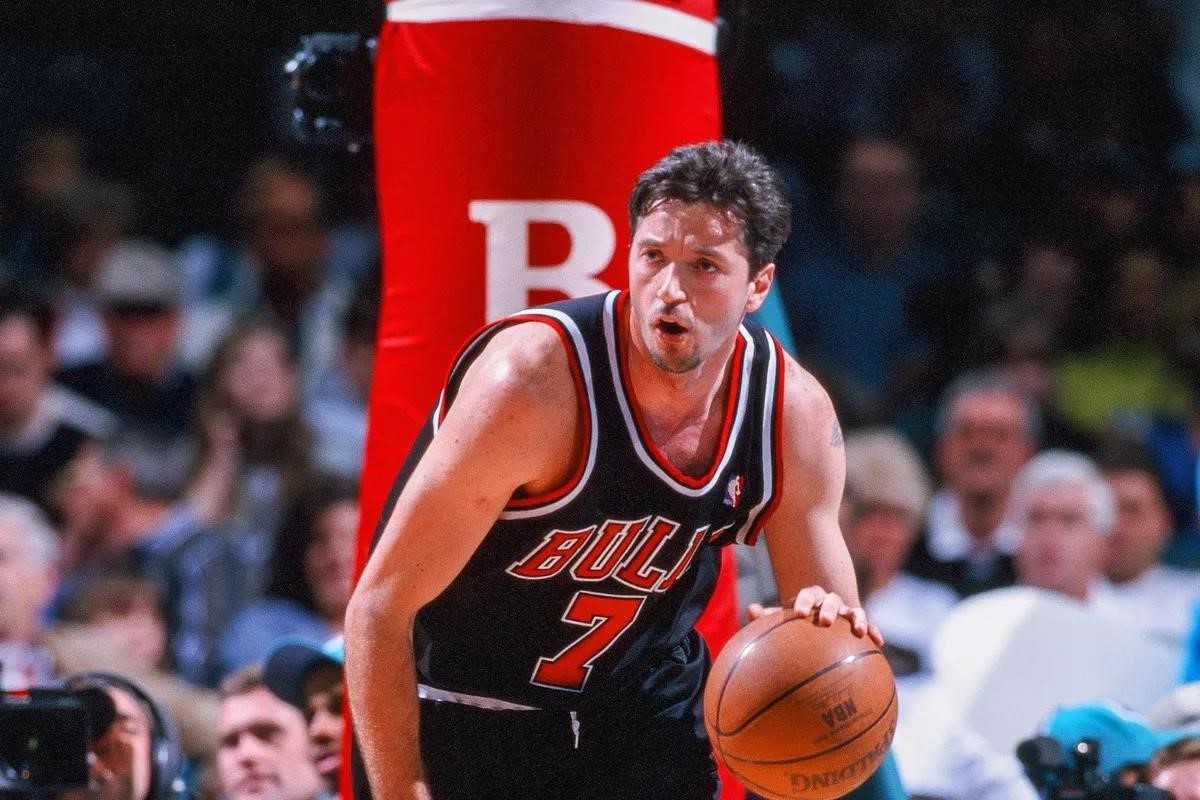 Kukoc is one of the most influential Europeans to play on the NBA’s hardwood floor. He was selected 29th by the Bulls in the 1990 NBA Draft, but remained in Europe and only played in the NBA three years later. In 1996, he attracted attention by winning the Sixth Man of the Year award.

After his time with the Bulls, he played briefly for the Philadelphia 76ers and Atlanta Hawks. His last stop as an NBA professional was the Milwaukee Bucks, where he spent his last four professional years.

However, he had his fair share sporting successes with the Chicago Bulls alongside Michael Jordan and Scottie Pippen, with whom he won three championships. In 2008, Kukoc was recognized as one of the 50 most important players in the history of the Europa League. 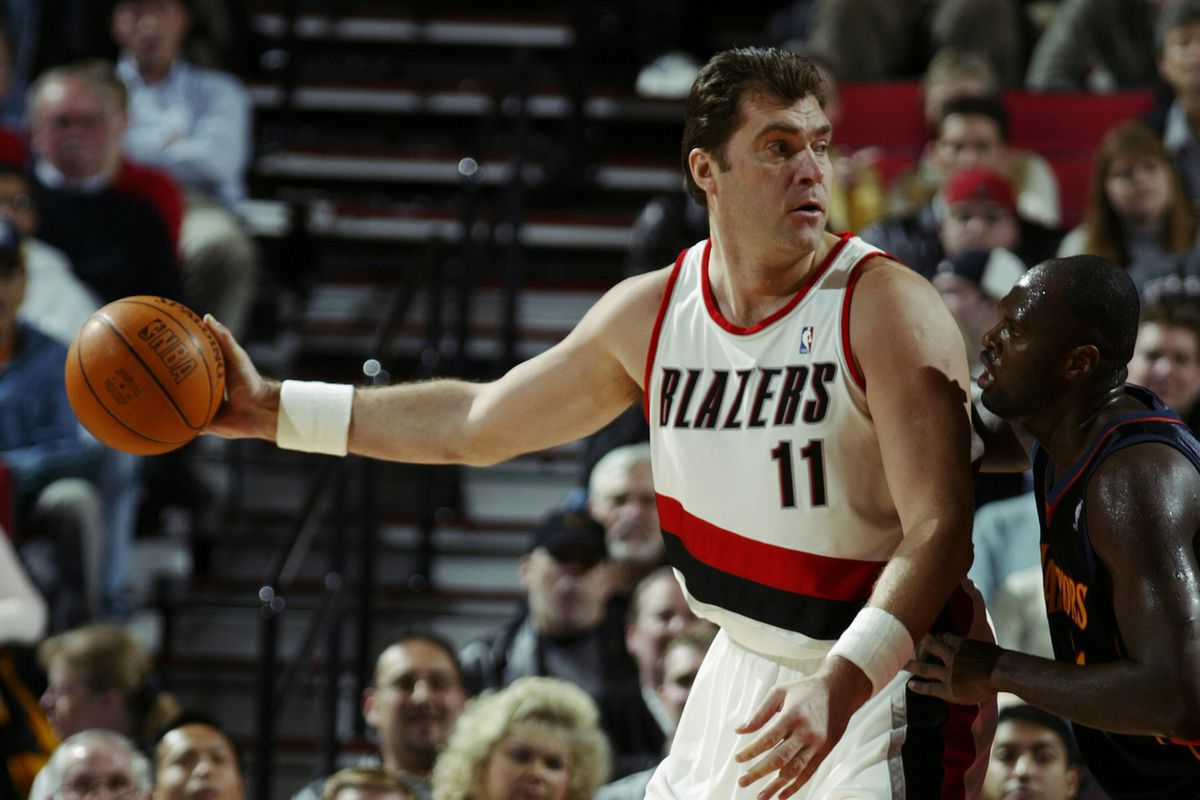 The versatile center signed a contract with the Portland Trail Blazers in 1995. In his first year, the 31-year-old debutante won the Rookie of the Month in March but soon became the runner up of the Rookie of the Year award. He stayed in Portland for seven years, playing in 470 regular-season games and 51 playoffs games and often led the team in the rebound.

He was a very effective player in the NBA although he always had been dubbed by fans as one of the biggest “what ifs”. If he had joined the Blazers when they were at their peak in the early 1990s, many of the Trail Blazers fans believed that a dynasty could have been made.

During his stint in a European club, he suffered a series of injuries to his knee and Achilles tendon that took away most of his mobility. Although the Lithuanian had a great NBA career, it was a more than just a shock that he was never nominated as an All-star. Despite all of these, he’s one of the oldest rookies who rocked the league with their variety of skills. 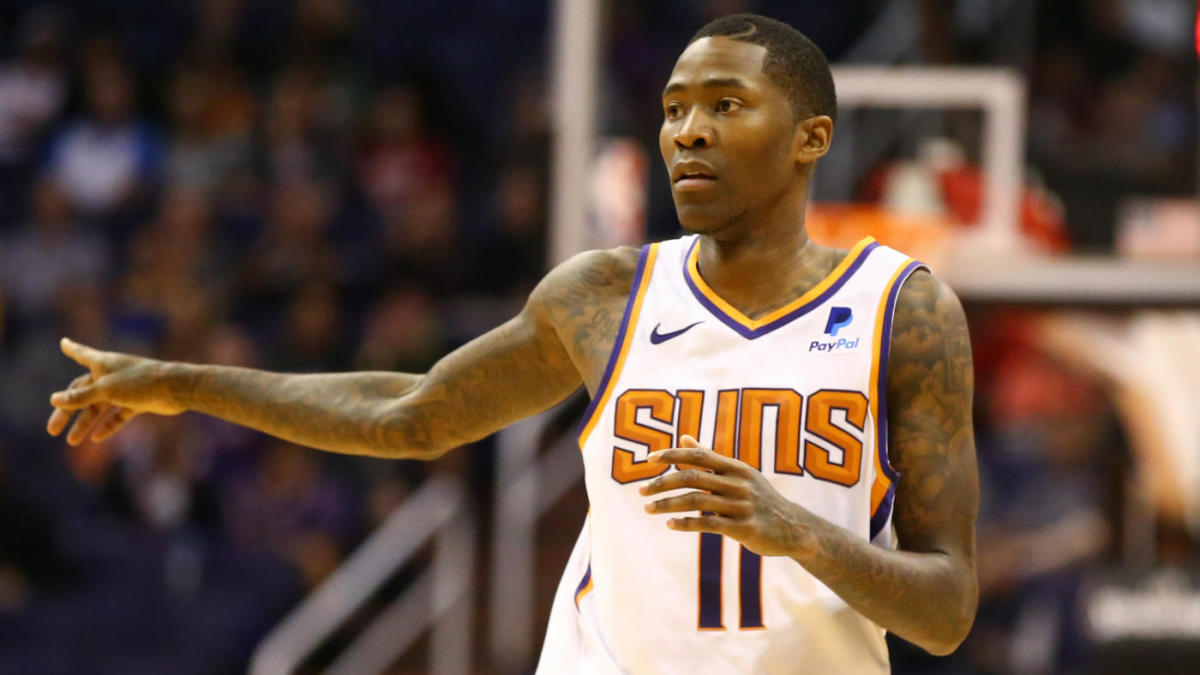 Jamal Crawford played for as many as eight different franchises throughout his nearly two-decade career. One of the finest ball handlers in all of NBA’s history, Crawford was the 8th pick in the 2000 NBA Draft as he was drafted by the Cleveland Cavaliers but was soon traded to the Chicago Bulls for Chris Mihm. In Chicago, Crawford met a very young team that was rebuilding after Michael Jordan got out the previous year.

In his first year in the NBA, Crawford played in 61 games and has struggled to adapt to the new situation. Both his score and field goal were worse than expected and in the following season, he was forced to miss the first two-thirds of the season due to an injury to his left knee. It was only from his third season in the NBA that he was able to get his point average over 10 points per game and got better and better in the second half of the season.

In the summer of 2004, Crawford was traded to the New York Knicks where his career went up and down. After his first season with the Knicks, he had to give up his place in the starting lineup but managed to get it back after four years. His fourth year at the Knicks, the 2007/08 season, was statistically his best: 20.6 points and 5 assists per game.

Despite being disregarded for an All-Star team, the three-time award winner still holds a strong possibility to make it to the list of Hall of Famers. 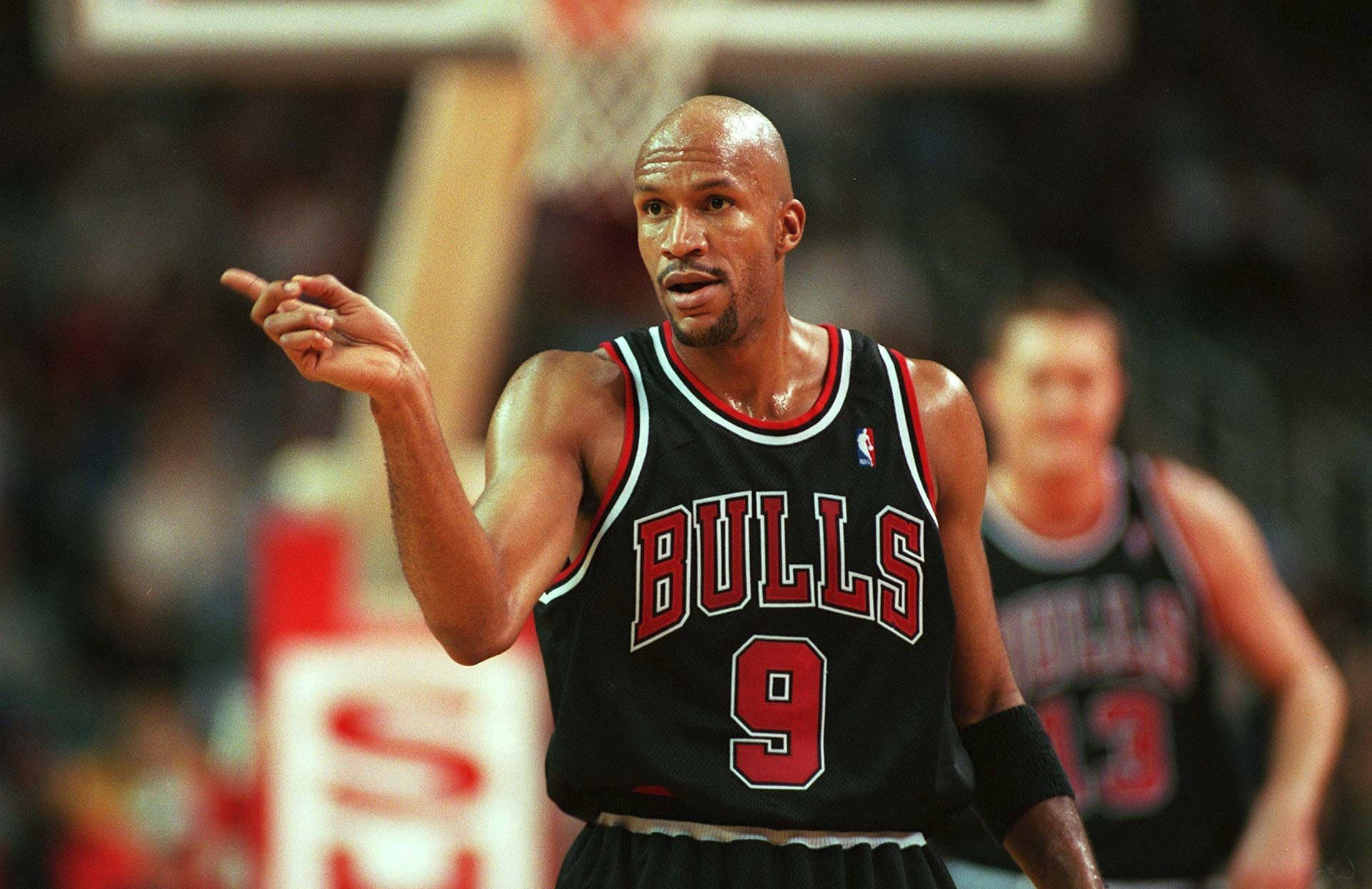 In his rookie season, Harper scored a remarkable 22.8 points and 5 assists per game as a shooting guard and was voted into the NBA All-Rookie team. Because of his marksmanship and dunking ability, his name was pronounced with Michael Jordan, one of the most accomplished dunkers of all time.

With the Cavaliers, Harper reached the playoffs twice but in the middle of the 1989/1990 season, he was traded to the Clippers. Harper suffered a serious knee injury in 1990, which put him out of action for the rest of the season and robbed most of his jumping ability.

The 1.98m combo (point/shooting) guard won 5 championships under Phil Jackson (3 with the Bulls and 2 with the Lakers). But it’s not just the rings that make Harper stand out. For years he scored consistently at the highest level.

He sacrificed his statistics when he switched to Chicago Bulls in favor of team success. This underscores the winning mentality that defines the man from Dayton, Ohio. Only a few NBA fans would agree that his absence in the All-Star world was justifiable. 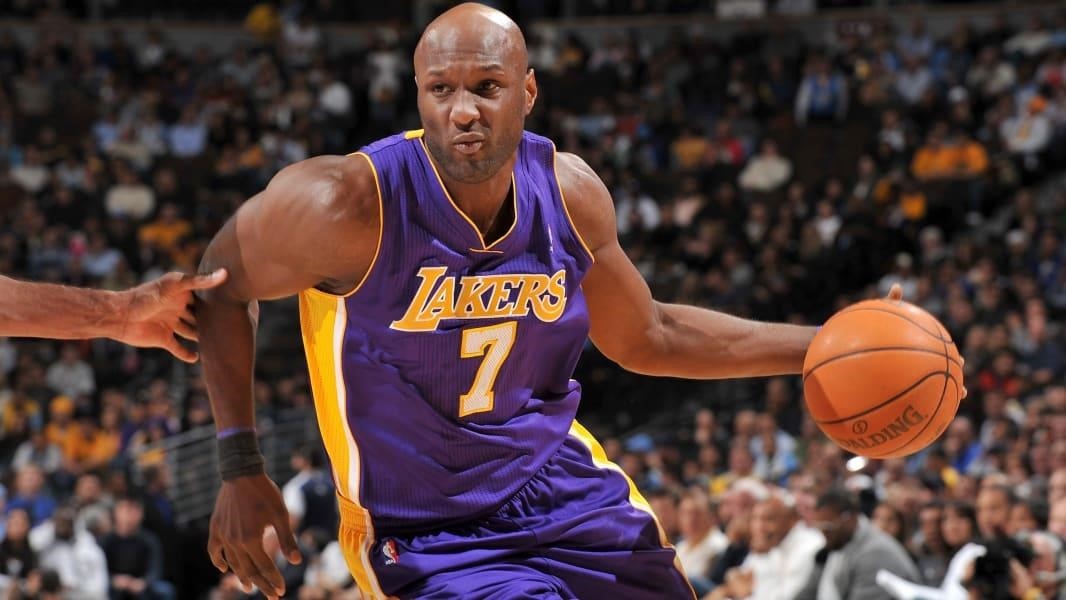 This season, Odom was able to win his first NBA championship with the Lakers. 3 years later, Odom received the NBA Sixth Man of the Year Award and he was the first Lakers player to receive this award.

Lamar Odom was one of the most versatile point forwards during his prime time. The fact that Odom brought two championships to Los Angeles alongside Kobe Bryant proves his missing from the All-star league wasn’t above arguments. 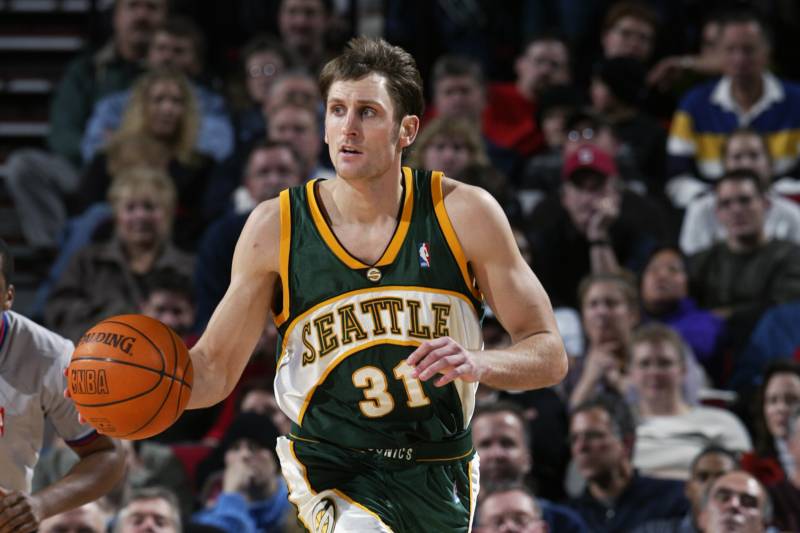 Some say Brent could never come out of his father’s shadow, but his contributions to the success of Seattle SuperSonics during the 2001-2002 season makes a different story.

The son of Rick Barry, a Hall of Famer, was a strong defender who passed more than one season which could account for his being an All-Star, but that great thing didn’t happen anyway.

One of the key aspects of his career is his unflinching ability to make an impressive number on win shares. He is the 10th on the list, by the way. As long as field-goal percentage remains as a significant consideration, his position (9th) stays relevant. 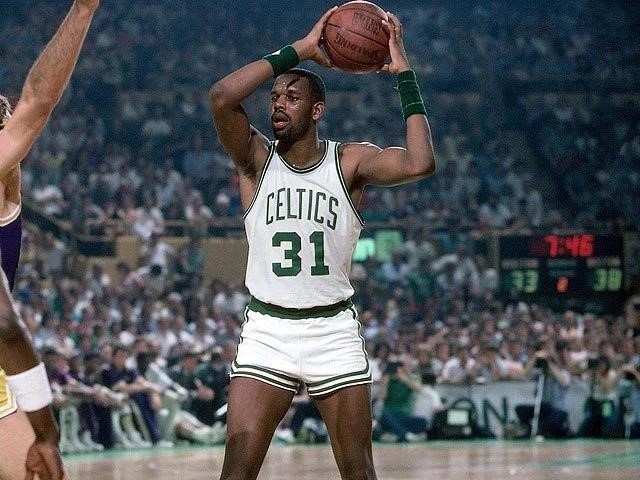 Maxwell was one of those shooters whose contributions were somehow less noticed by the community. His true shooting percentage is still the highest among those who retired. Including the present-day’s DeAndre Jordan, Maxwell stands second on the list.

He was drafted 12th overall by the Celtics in the 1977 NBA Draft. In his first year, Maxwell got 7 points 5 rebounds per game off the bench. The 1978–79 season was not so great for Boston, but Maxwell established himself as a regular player and scored 19 points and 10 rebounds per game. When Boston drafted superstar SF Larry Bird in 1979, the Celtics renaissance began.

With Maxwell close to the basket, Bird in the perimeter and veteran Tiny Archibald running the offense, the Celtics reached the 1981 NBA Finals and played the Houston Rockets which were led by Moses Malone. Celtics went on winning the series and Maxwell won the NBA Finals MVP that year.

Although Maxwell was such a great player, he is one of four players who needed more than 800 NBA games to reach their first triple-double. The other three players include Karl Malone, Patrick Ewing and Tony Parker.

His jersey number (31) is retired by the Celtics. In the case of a player with such accolades, one should assume that he has been voted an All-star at least once. However, this is not the case with Cedric Maxwell. The small forward is the only Finals MVP in the NBA history that has never been a part of an All-Star team. 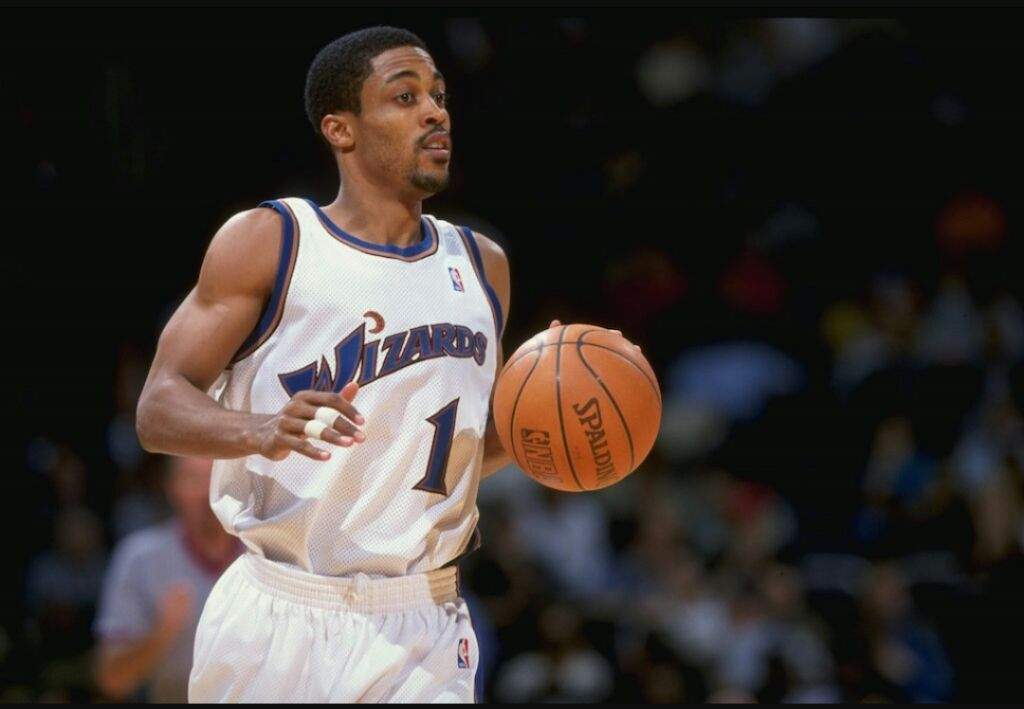 Highlight: 4th in Assists and Win Shares among Non-All Stars

Strickland played for DePaul University for 3 years before he was selected 19th overall by his hometown club, the New York Knicks in the 1988 NBA Draft. In New York, he played behind Mark Jackson as his replacement, recording 8.9 points and 3.9 assists per game in his first year and he won a nomination to the NBA All-Rookie Second Team.

From 1992 to 1998, he spent his time with the Portland Trail Blazers and Washington Bullets and averaged an impressive combination of points (17.2) and assists (9) per game. In 1998, he averaged 10.5 assists per game, the highest in that season. He was nominated to the All-NBA Second Team the same season, and that marks the highest achievement of his career.

So, that’s our list of NBA All Star Snubs which include talents from different decades and reflect how those names slipped out of the famous lists.

In our opinion, these 10 players are among the best NBA players to never be an all-star, but we still got a few more names to add to this list. Here’re some honorable mentions.