Australian tennis sensation Nick Kyrgios, 27, is a World No. 13 superstar who recently completed a successful Wimbledon tournament despite losing to Serbian megastar Novak Djokovic on the final.

Although the Aussie is highly criticized for his weird remarks on and off the courts for several occasions, Nick Kyrgios family never lost hopes on the tennis star and always supported his unorthodox behaviors by overlooking every criticisms.

Nick Kyrgios has a big family who supports him on his good and hard times and among them his brother, Christos Kyrgios recently claimed that Nick Kyrgios’ family and friends are okay with acting as a “pressure valve” during the 27-year-old’s professional tennis games.

Christos also told that they have no issues with his verbal remarks and throughout the Wimbledon final, Kyrgios was observed ranting toward his box multiple times. 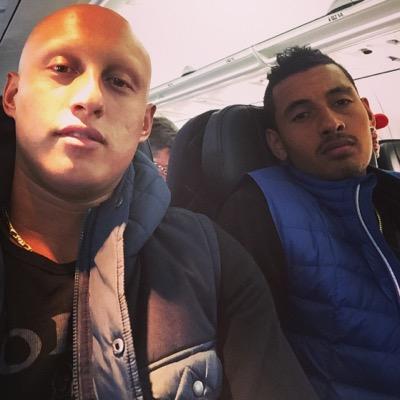 Despite backing his brother, Christos was absent from the Wimbledon’s final while Nick’s father and girlfriend were cheering for the tennis star from the audience stands.

It was Nick’s brother, however, who took the mic following his defeat against the mighty Novak Djokovic and answered a couple of questions in favor of the Aussie sensation.

According to the The Daily Mail Australia, Christos also backed his brother by saying that, “He wouldn’t be our Nick if he wasn’t fiery during the match, and that’s how he plays, that’s how he gets himself up,”

During the third set of the final match, Nick Kyrgios was seen dissatisfied after failing to gain service points against Novak which Christos thought was the turning point for his brother.

Christos also claimed that the intensity during the final match on center court was truly incredible and Kyrgios gave one of the best performance of his professional career against the Serbian star but it was his lack of experience that made him lose the finale.