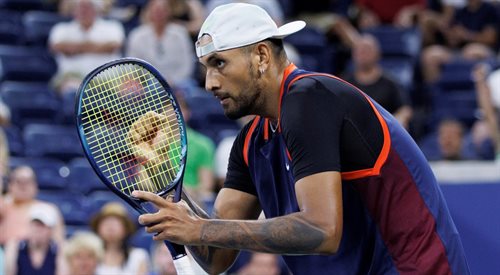 The current world no 20 Nick Kyrgios was due to appear in court on 3rd February 2023, followed by his ex-girlfriend Chiara Passari’s charge against him. Nick was charged with common assault, which is the lowest type of assault charge. The legal team for this Australian tennis star is now trying to dismiss that case on mental health grounds.

The charge was filed due to an alleged incident that happened in 2021, which was followed by a hearing in a court in Canberra, Australia this week. However, the runner-up at the 2022 Wimbledon singles was not required to attend the hearing as he is currently competing in the Japan Open in Tokyo.

Nick’s case was adjourned till February 2023 by Magistrate Glenn Theakston, but his lawyer remarked that Nick preferred to attend the court in-person. The lawyer, Michael Kukulies-Smith, has also announced that he will try to get the case adjourned after reviewing his client’s “medical history since 2015, including public disclosures of his mental health struggles.”

Nonetheless, there is a possibility for the case to be dismissed on the grounds of Nick’s mental health, as the Australian Capital Territory Crimes Act states that if the defendant can convince the court by providing evidence that supports his/her claims to be mentally impaired, the case may be dropped.

However, if convicted, Kyrgios could get a maximum of two years of prison time.

Amid his charges, Kyrgios shared a post in February this year, admitting that three years ago, he had committed self-harm. This 27-year-old Australian also struggled to get out of bed, with a mind full of suicidal thoughts. He himself admitted to abusing alcohol and drugs, as well as pushing his friends and family away. In that post, Nick also proudly acknowledged his transformation from his old, depressed self.