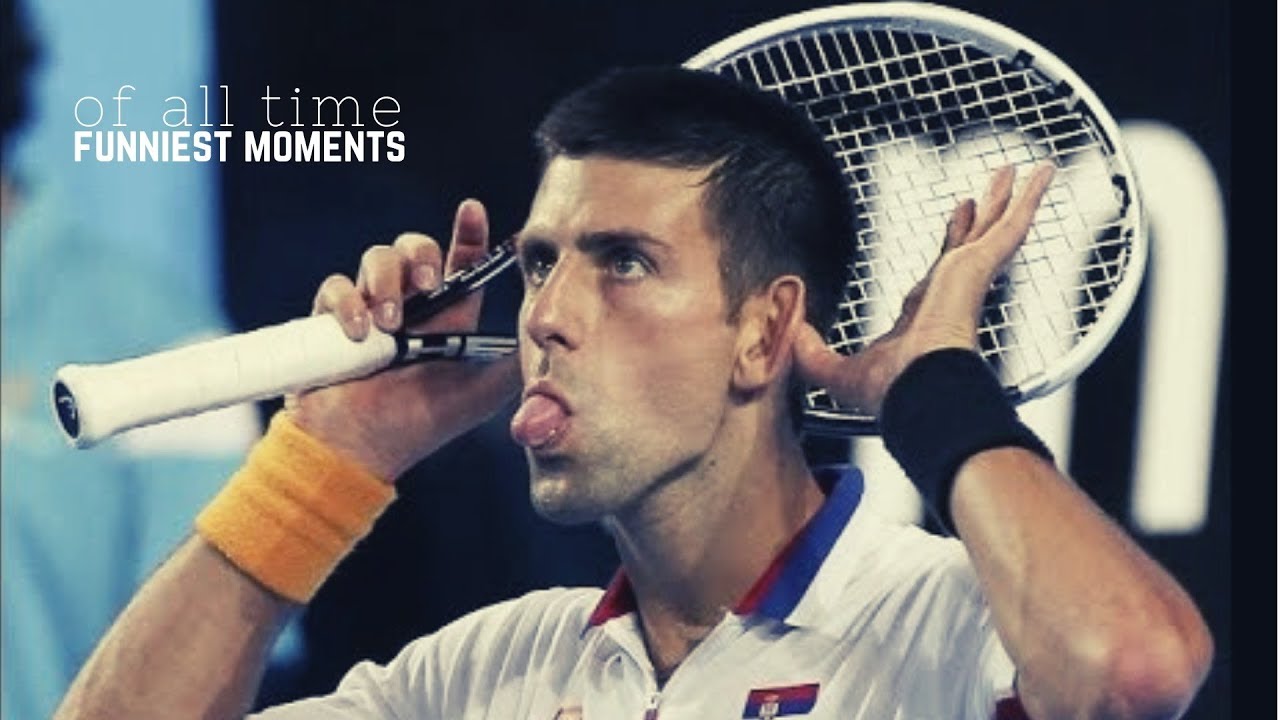 Novak Djokovic, a branded ‘Joker’ by the legendary Roger Federer, is a person with multiple talents and struggled hard to climb onto the peak of professional tennis with a record of 373 weeks as the World No. 1

Djokovic is also a key member of the ‘Big Three’ along side Roger Federer and Rafael Nadal; and critics certified him as one of the greatest tennis players of the twenty first century.

Novak Djokovic, nicknamed a ‘Joker’, often seen acting hilariously on the court to ridicule his fellow counterparts and he even entertained the crowd with facial gestures as well.

Few years ago, Djokovic was spotted mimicking Spanish superstar Rafael Nadal during his game time at the Australian Open and later, he was seen imitating Russian superstar Maria Sharapova on the same court.

‘Joker’ Djokovic may seem a lunatic in open eyes but his aggressive and accurate performance spread fear amongst his rivals over the years and they admitted that Novak is one of the toughest opponents they have ever faced on tennis.

Why Djokovic is called the ‘Joker’?

Despite remaining a rival on the court, Novak always adored Federer and Nadal on all occasions and on an interview in 2011, the Serbian star even said, “I have only nice words to say about Rafa. He always wants to improve and you never see him disrespect another player.”

Novak then added, “And Roger, well the results say everything. With 16 Grand Slam titles, he’s the most successful player ever. He may lose a little more often, but everything can change in the next month if he wins in Paris and at Wimbledon. But it’s good for the sport to see myself and [Andy] Murray challenging them.”

As of today, Djokovic loves to create funny moments before and after Grand Slams which gave him the reputation of ‘Joker’ by his rivals like Roger Federer.