Patrick Mahomes blames himself for WR Juju’s injury hit, admitting “I’m leading him and throwing him the ball kind of into that hit” 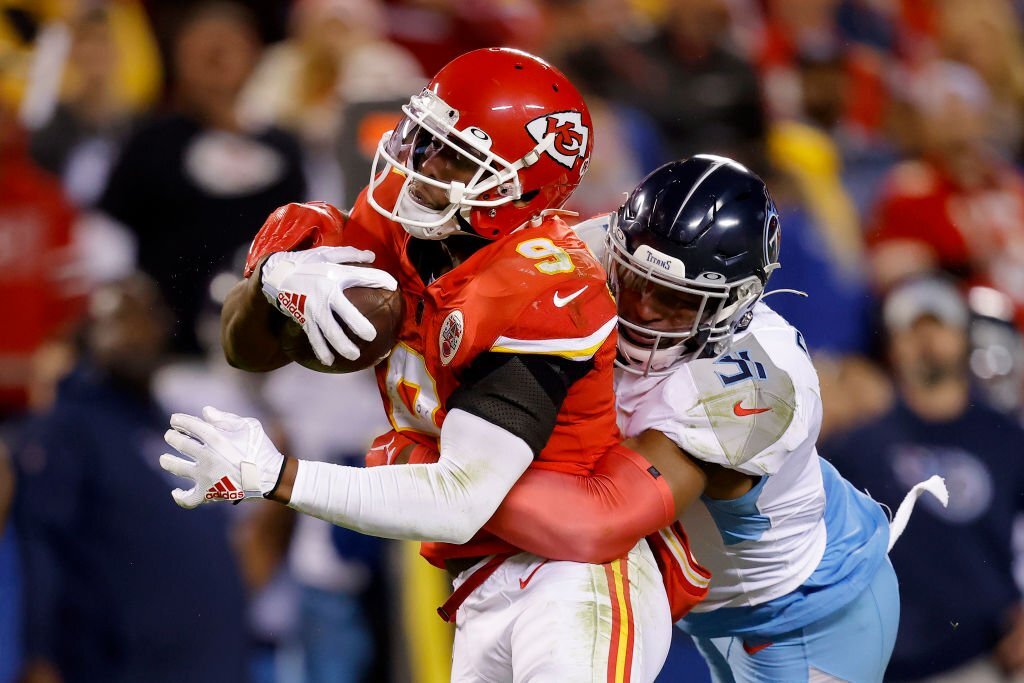 The Kansas City Chiefs, led by quarterback Patrick Mahomes, are dominating once again this season. In their most recent game, they were able to beat the Jacksonville Jaguars.

After losing their primary wide receiver early in Sunday’s game, the Kansas City Chiefs still managed to pull off an incredible win against the Jacksonville Jaguars. Andre Cisco, a defensive back for the Jaguars, delivered a hard blow on JuJu Smith-Schuster in the second quarter, sending him into the concussion procedures of the NFL and ultimately causing him to leave the game.

After Smith-Schuster Juju got hurt, a penalty flag was thrown, but the officials ultimately decided the hit was permissible. The situation escalated when, a few plays later, Cisco launched himself at the defenseless receiver Marquez Valdes-Scantling and landed a heavy hit without consequence. Despite taking some serious knocks, the Chiefs kept attacking the secondary like they were going to score a touchdown.

After the game, Mahomes had his weekly check-in interview with Carrington Harrison of 610 Sports Radio’s “The Drive,” when he discussed the impact of the hit on Smith-Schuster on the squad.

“It helped that we saw Juju after the game and that he was moving around…It was good to see him with a smile on his face, so we weren’t as worried,” stated Mahomes.

“Obviously, we don’t want that (type of hit) to happen, and I take it upon myself too because I’m leading him and throwing him the ball kind of into that hit. So, it’s definitely a bad feeling for me as a quarterback, but I was glad to see he was doing OK after the game.”

Cisco literally didn’t bring his arms up to make the tackle. All helmet

Chiefs WR Juju Smith-Schuster took a huge hit from Jaguars safety Andre Cisco. A flag was initially thrown but picked up. Looked like Cisco led more with his shoulder.

Smith-Schuster is still down on the ground. Chiefs fans are not happy about the non-call.

Due to the league’s return policy after a concussion, the Chiefs are hoping to get Smith-Schuster back for Sunday night’s game against the Los Angeles Chargers. Mahomes and the squad exhibited resiliency in the face of adversity, demonstrating that they are a cohesive one intent on winning.

Who are the top contenders to be the NFL MVP after 10 weeks in 2022?
Eagles wait paid off DT Ndamukong Suh comes in as free agent