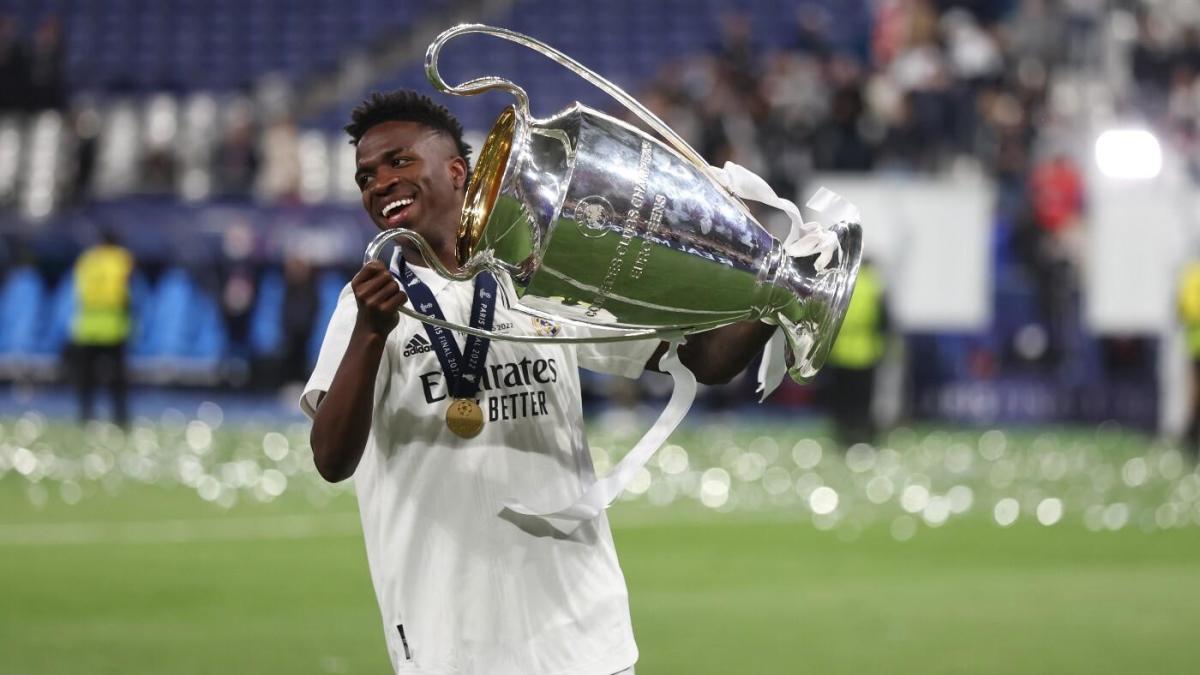 Paris Saint Germain have launched a sensational offer of €40m per season, a huge signing bonus and business opportunities in Qatar to Real Madrid’s Vinicius Jr. PSG are hoping to derail Madrid’s contract negotiations with the Brazilian winger.

There have been a lot of recent confrontations between Real Madrid and PSG for the signing of Kylian Mbappe. Los Blancos thought they would be signing the Frenchman for free, only for him to sign a contract extension at the last minute to prolong his stay at the French capital. The contract extension enraged the Madrid hierarchy as Mbappe had allegedly given them their verbal consent that he would be joining. Mbappe signed a contract extension that has given him massive economic and authoritarian perks within PSG.

The French champions seemed to be planning on enraging Real Madrid again as they try to snap away Vinicius Jr. from the Bernebeau. The mercurial Brazilian has had a spectacular 2021/22 season, and has been a pivotal part behind Madrid winning the league and Champions League last season.

Recent rumors have surfaced that he will be offered a new contract, but PSG are eyeing to intervene the negotiations. According to reports, the French club are willing to offer Vinicius €40m per season, a huge signing bonus and business opportunities in Qatar. The 21-year old contract expires in 2024, and PSG are seemingly waiting to pounce on any disparities between the club and player.

🚨🎖| PSG offered Vinicius €40m per season, a huge signing bonus and business opportunities in Qatar to not renew with Real Madrid. @MarioCortegana

These advances will no doubt enrage the 14-time European Champions, who have publicly criticized the French club and their practices. PSG are no strangers to using financial incentives to lure players, and it seems like they are following their old tricks to convince Vinicius to leave the Spanish capital for the French capital.