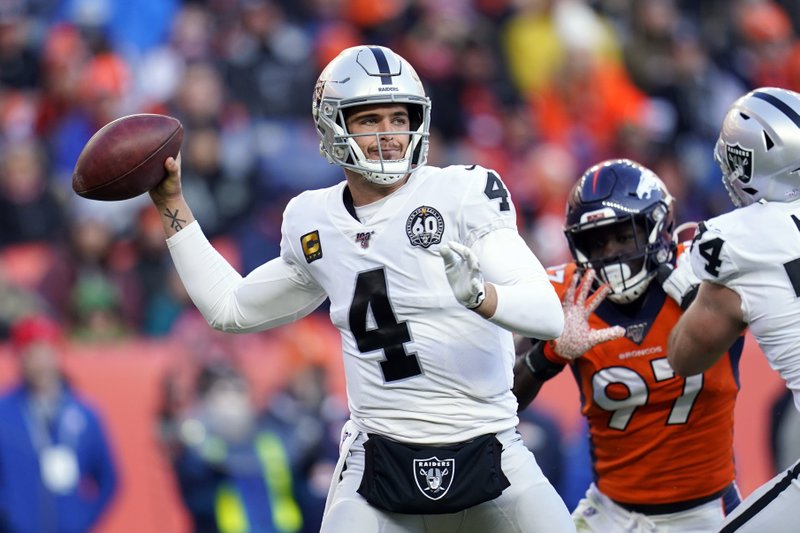 Raiders quarterback Derek Carr is sincerely concentrating on the 2020 NFL season unlike others to opt-out amid the pandemic situation. He said that he is planning to appear as stronger than ever and not even thinking of skipping the season.

Carr is associated with the Raiders since the last six seasons where he made some amazing scores like 7-9 in 2019, which was better than the previous record of 2018. He already has completed his 21 touchdowns with eight interceptions.

Leg injury of Carr interrupted MVP- caliber season back in 2016 and the pro bowler has not started a post-season game since then. Carr is very much conscious of the true talent that he and his fellow teammates possess and is hopeful of drawing a good end.

Moreover, the player has added that he is not venting out or trying to prove anyone wrong rather is setting their own goal towards the trophy. He said, “It has nothing to do with anybody outside, but on the inside, we just want to hold that trophy. Because, what I’m tired of, the hype machine that sometimes the NFL can be. I played way better last year than I did in 2016, yet all we do is talk about that.”

He is trying to stay true towards the absolute essence of the game if they do not even win. Derek has delivered some wonderful moments to watch so far statistically and visually as well. Coach Jon Gruden seems to be quite impressed with his attitude this time. He said, “I really think Derek is a heck of a player, and I got a lot of respect for what he has done in what was some tough circumstances.”

Best regards to the scorer for this new season!

Former Nebraska mighty player Keven has been hospitalized with a severe condition of COVID-19
Matthew Stafford to suffer a lot for the false Covid-19 result, his wife vents on the NFL