Rajon Rando not to return for another week says Vogel 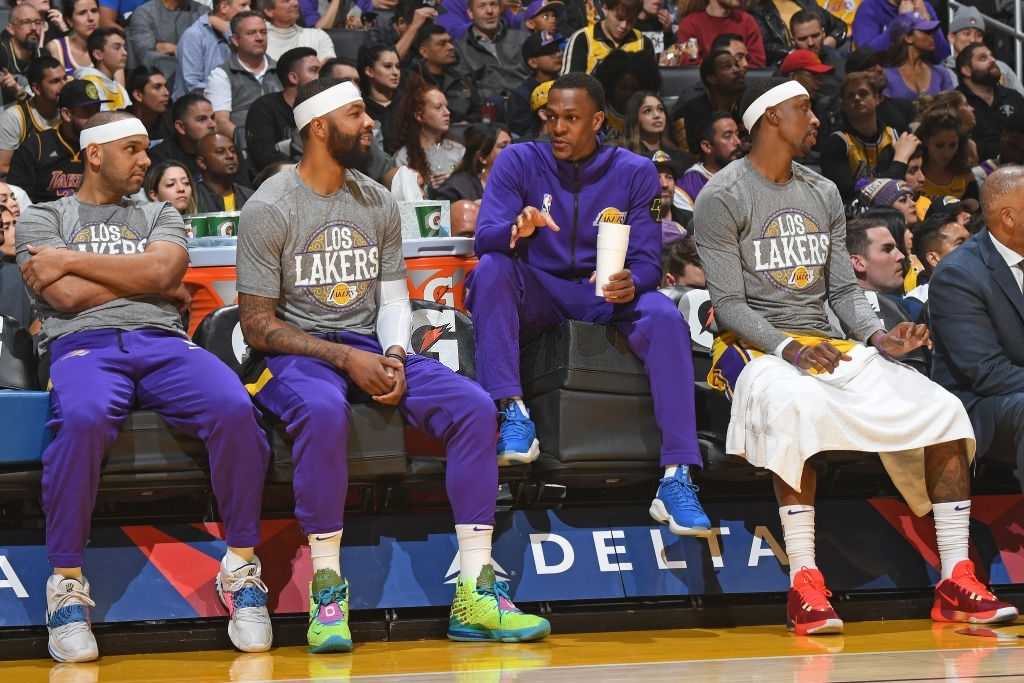 Frank Vogel knew as he flew to Orlando that he would not have his star point guard, Avery Bradley for the remainder of this year. However, the Lakers were prepared for this and were planning accordingly. What they were not prepared for was their point guard, Rajon Rondo fracturing his right thumb and being sent out of the bubble at the Disney World Arena to a hospital for treatment.

It had not even been an entire week since they arrived and such a blasphemy fell upon the team. No doubt Lakers have lost both the games since the resumption of the season. Rondo was not scheduled to join the team until late September but recently, Vogel informed that he might be joining soon.

Rajon Rondo is expected to travel back to Orlando on Wednesday. He’ll be outside the bubble for a time before rejoining the Lakers. https://t.co/qVYK5kcLxM pic.twitter.com/uR1yMTNgmp

Vogel said in regard to the matter,” He’s definitely going to come back into the bubble very soon; I’m not sure of the exact details of it, but I think he’s making his way to Florida tomorrow and will spend a certain period of time outside of the bubble before he’s reintegrated inside the bubble.”

However, in the absence of his star players, Vogel has been compelled to test new techniques at his team. He has tested the Caruso, Waiters, and Kuzma trio and has definitely got results with the trio setting a +56.5 net rating.

Waiters remarked on the trio saying, “AC, he’s always out there, he’s talking, he’s in the right spots; (With) Kuz being aggressive, me being aggressive, we’re just trying to continue to keep that tempo up and make sure we go out there and do the right stuff… It’s only my sixth game of the year, so for me personally it’s just about having fun and just enjoying every moment, being in the moment, and staying at that moment. That’s all I can do.”

As Rondo is not due to return in another 1 week, Vogel has to keep coming up with new plans and strategies to run his team. However, once Rondo does return, the Lakers’ boss will have to make some tough decisions regarding his team’s line up and regulate the techniques accordingly. The coach confirmed with LA Lakers’ administration to decide the time that Rondo will have to stay away from his teammates and where shall he stay quarantined.