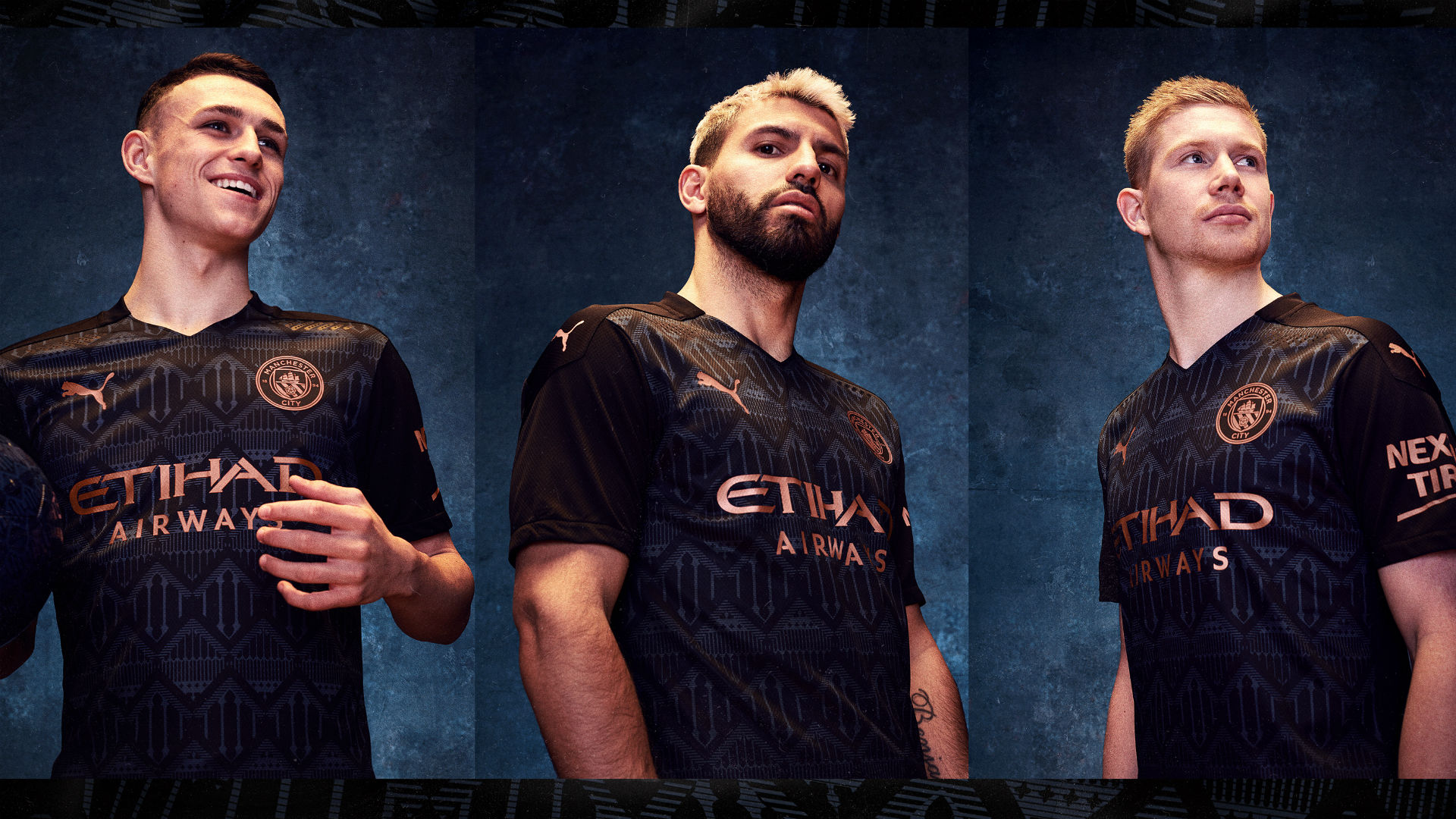 The kit is black in color that has a pattern of the bridge situated in the vicinity of Bridgwater Canal in Castlefield. The club’s badge and sponsor logos are also seen in the kit with “copper” color.

Sergio Aguero and Kevin De Bruyne, two of their key players posed in the program wearing the away kit. Man City youngster Phil Foden was another model present there for the photoshoot as well.

Head of Teamsport Licensed Apparel David Bremond told, “With this kit we wanted to celebrate the culture of the city.”

“We looked for places where people come together to explore their creativity through art and music. Castlefield is rich with history and significance to the city; it truly connects with cultural youth scene and creative roots.”

“The bridge over the canal is an iconic design, which inspired us to bring this classic structure to life through the pattern and the color palette of the new jersey.”

He further added, “We wanted the jersey to feel special and unique to fans, and celebrate Manchester’s rich culture.”

This is the second year running of Man City’s contract with German manufacturer Puma worth a deal of £65 million a year. Their kit contract with Puma is the third most expensive in the Premier League. Liverpool holds the record of continuing £80 milion a year agreement with Nike. On the other hand, Manchester United’s kit contract with Adidas is worth £75m yearly.