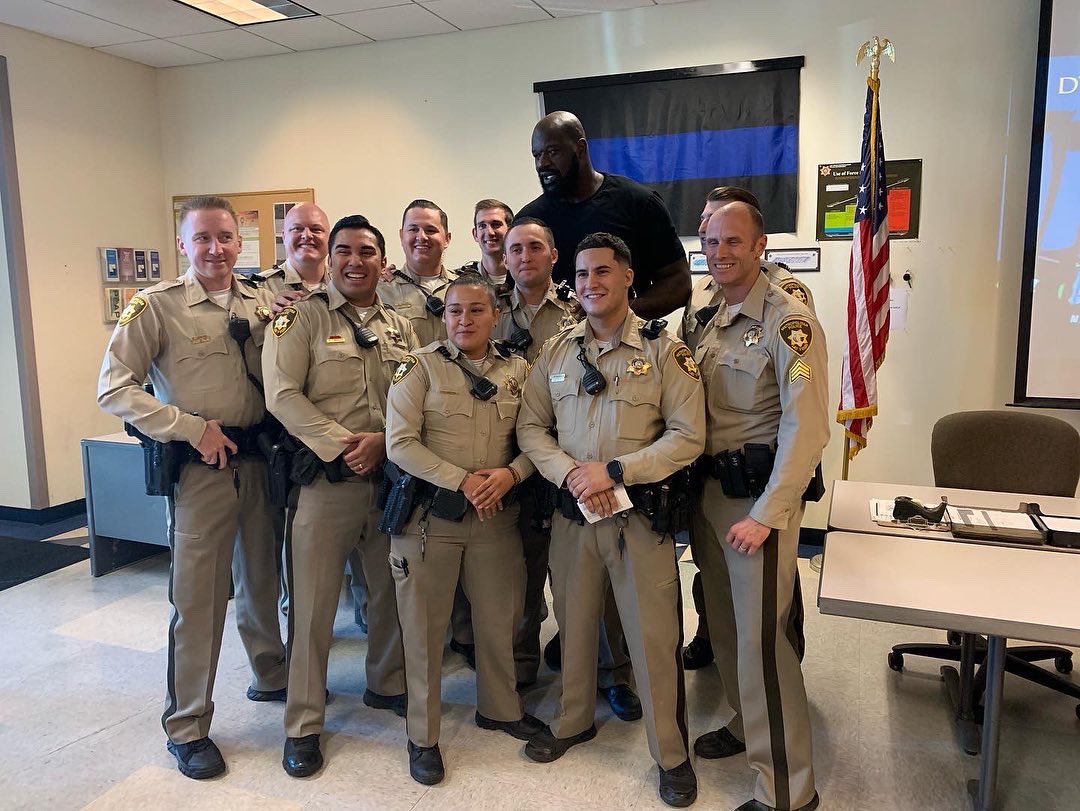 The legendary Shaquille O’Neal is considered one of the most generous athletes in the history of the NBA. He has won the fans’ utmost affection and respect through both his on-court accomplishments and off-court gestures. He recently showed the NBA universe why he is regarded as one of the most beloved athletes.

Shaq has always been a man with principles and led a disciplined lifestyle since his childhood. He was reared by his stepfather, war veteran Philip Arthur Harrison, who made him the person he is today. Additionally, being around a military person led him to develop enormous respect for law enforcement individuals.

In recent times, O’Neal has been sighted having a good time at the Las Vegas Metropolitan Police Department. He has interacted and cracked a few jokes with several members of the police force as well.

Shaq Pays off with Huge Gestures to the LVMPD Officers

Diesel surprised everyone in the LVMPD when he visited them unannounced and made a huge gesture to the police officers working in the department on Friday.

Shaq’s kind gesture was acknowledged by the LVMPD. They thanked him right away, clicked some pictures with him and posted them on Twitter as a token of appreciation.

HUGE SUPPORTER OF LAW ENFORCEMENT!
Thanks @NBA legend @SHAQ for stopping by @LVMPDDTAC to meet our officers.

We are huge fans of his and we really appreciate his time this afternoon.
Deputy Chief Yatomi has some big shoes to fill if she wants to compete with Shaq 😂 pic.twitter.com/Oayq6C2j4b

Shaq never forgets to crack a few jokes wherever he goes. He intended a pun when he compared his shoes to the deputy chief of LVMPD. Shaq’s leg appeared humongous compared to the deputy chiefs foot! Every police officer burst out of laughter seeing the hilarious comparison.

The LVMPD enjoyed hosting the 7-foot-tall legend’s visit. The positive feedback demonstrates that Shaq’s small but thoughtful act was well-received by his worldwide following. As a token of appreciation before departing, Diesel gave the police officers complimentary tickets to his charity event “The Event.” Billboard stars like Pitbull and Maroon 5 will be performing in the concert.

Draymond Green – Jordan Poole altercation: details on how things got heated
$200 Million Worth Kevin Durant talks about being exploited: “So I didn’t know who to turn to”