Theodore Robert Rufus Long is an American former professional referee and manager known for his work in WWE and WCW. Having been started as an errand boy for wrestlers, Long became a member of the ring crew and was next promoted to referee. However, Long didn’t gain his fame for his position but rather from his actions when he turned into a villainous character and used the Undertaker to bend the rules for heel characters. And even recently, shocking news related had surfaced, which stunned his fans and people related to wrestling.

The former SmackDown general manager blacklisted a number of well-known wrestlers and other individuals earlier today, including Karrion Kross, Saraya (aka Paige), Renee Paquette,, and Brandi Lauren. The athletes mistook this for a sign of purging since they had no idea what was going on.

“Twitter is now divided! Those who are and those who aren’t blocked by Teddy Long! What team are you on?”-Brandi Lauren

In the midst of this wrestling industry’s current climate of outrage, Long appeared to defend his actions in a video in which he claimed that someone he had previously blocked on Twitter had blocked everyone instead of him and emphasized that his personal Facebook and Twitter accounts were business accounts used for appearances.

“Basically, my Facebook and my Twitter are like a business account. You know, I use that just to let people know what my appearances are and where I’m gonna be appearing yet. So I don’t really care about a whole lot of Facebook friends and all that stuff. I’m strictly business. So I just wanted to let everybody know I didn’t block anybody. There’s some idiot that I blocked; he got mad, hacked my Twitter, and started blocking people. So if you got blocked, you know, I didn’t block you. What they did, was they screenshotted my Twitter with a blue sticker because my Twitter is verified, so that made people think that it was really me. So like I said, with the blocking, I didn’t block anybody. That was somebody that I blocked probably, and they got mad at me and started blocking everybody else.”

Although the people suspected him of purging, Teddy long showed up and clarified that it was not him rather somebodies misdoing out of anger. Teddy, a major player in the WWE world, was probably not capable of orchestrating his own collapse. 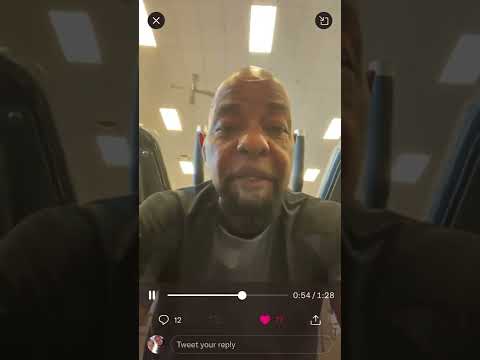