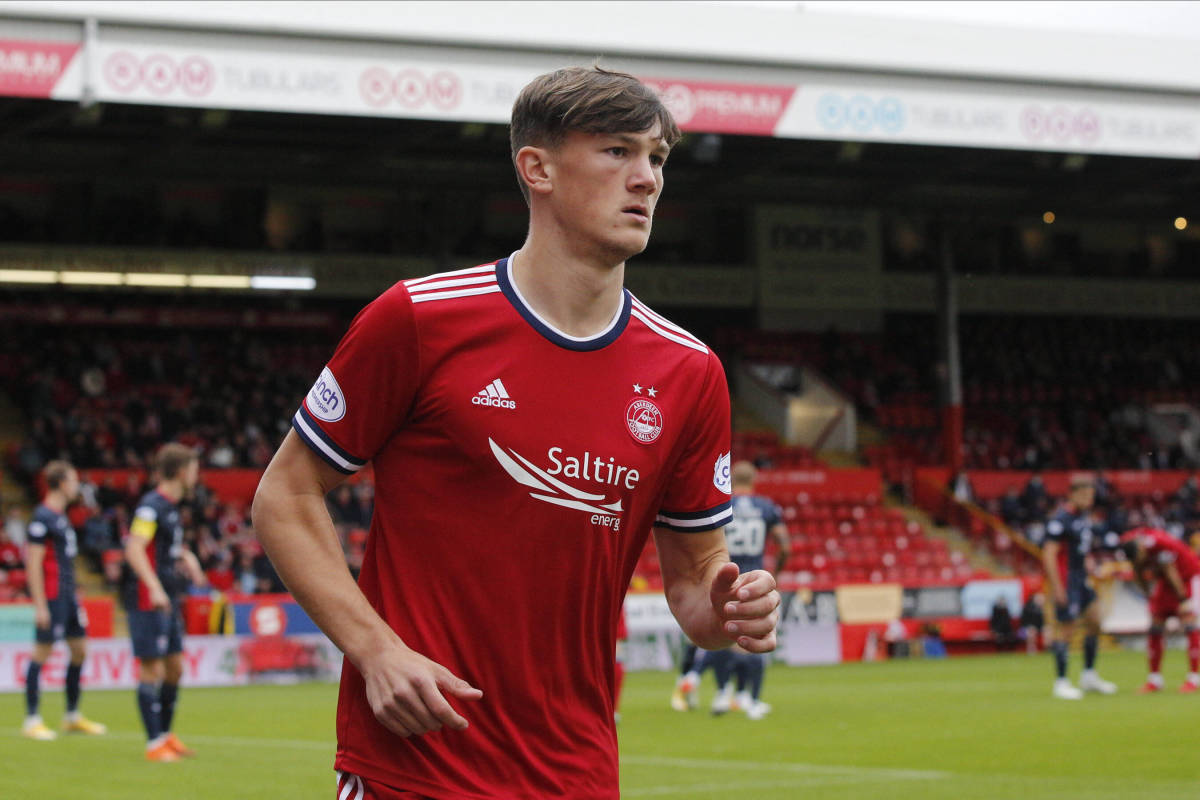 Jürgen Klopp highly rates Calvin Ramsay and wants him at Liverpool. The 18-year-old has appeared 31 times this season for Aberdeen, He has scored one goal during this period. Below is a compilation video of Calvin Ramsay’s skills and playstyle:

Ramsay has all the makings of a perfect “Jürgen Klopp” fullback. Klopp has transformed the meaning of the modern fullback with his deadly combo of Andrew Robertson and Trent Alexander Arnold. The fast, forward, and attack-heavy playstyle of this current Liverpool side makes Calvin Ramsay an excellent choice for a backup right back.

Ramsay is currently only 18 years old and is a rookie in the game. But the Scottish “Wonderkid” will undoubtedly flourish under Klopp. Jürgen Klopp is one of the rare managers in the modern football game who carries the ability to transform mediocre players into absolute stars.

Fellow Scotsman Andrew Robertson was signed to Liverpool by Klopp from Hull City for very meager fees. Back then Robertson was an unrecognized defender and was nowhere near his current level of star power. His transfer to Liverpool under Klopp worked very well for him.

Similarly, the signing of Calvin Ramsay is showing good promise. The young Scotsman might one day flourish under Klopp as so many have done before him.