Why Jan Blachowicz’s Fiancee Dorota Pushed Him to Get a Mental Coach? 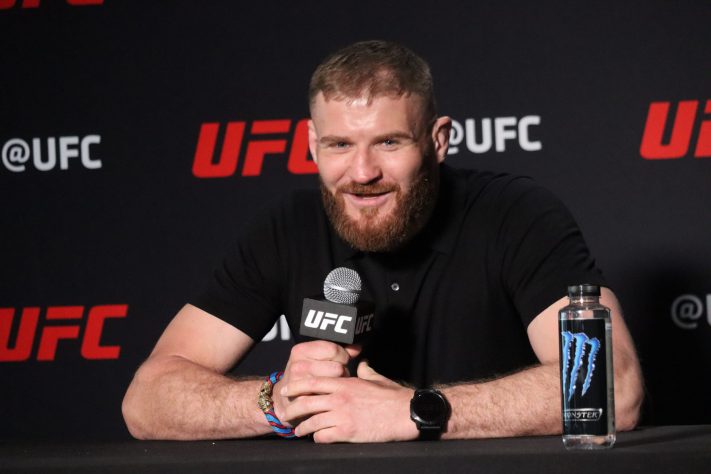 Ex UFC light-heavyweight champion Jan Blachowicz has said that his Fiancee Dorota Jurkowska pushed him to get a mental coach. This was in the aftermath of Jan’s title loss to Glover Texeira at UFC 267 and an injury that left one side of his body paralyzed.

Blachowicz revealed this information to the public in the pre-fight press conference ahead of UFC Vegas 54. The former champ is scheduled to face Alexander Rakic on 14th May 2022. Blachowicz said that he needed to get the help of a mental coach in order to get back to full mental fitness.

When asked about his struggles with the title loss and potentially career-ending injury, the polish athlete said “You have to be prepared both mentally and physically, I’ve been working with a mental coach to help me get through this”, “My fiancee and I were sitting one day and she told me that I needed the mental help, So I agreed”.

Jan Blachowicz’s fiancee Dorota has been a pivotal part of his life and career. Dorota is both Jan’s partner and manager. Jan and Dorota have been together for a long time, they have one child together. Dorota bore Jan a son who was born in 2020, Blachowicz said fatherhood made him a better fighter than he was before!

This is not the first time that Jan’s fiancee has helped him move forward from adversity in his career. Previously after losing 4 fights in a row, Jan was dangerously close to being cut from the UFC roster. But his partner frantically emailed back and forth with UFC executive Mick Maynard to keep him in the UFC and to give him just one more chance.

Thankfully the chance he was given worked out for him and pulled off impressive wins to eventually capture the light heavyweight strap by defeating Dominic Reyes.

Jan was to fight Rakic back in March. but the fight got delayed due to Jan’s injury. Hopefully, with the help of the mental coach, Jan Blachowicz will be back to his best and give the fans of the “legendary Polish power”.