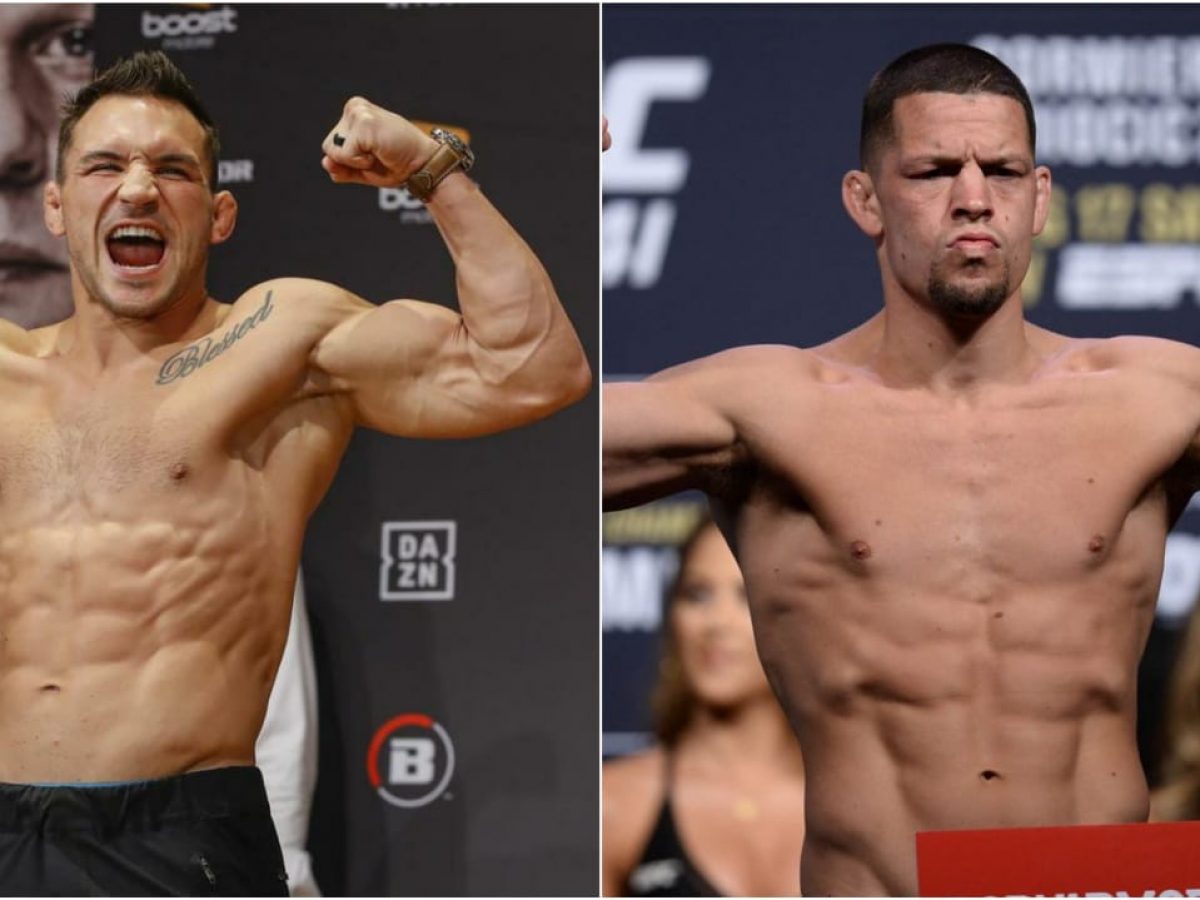 UFC superstar Nate Diaz has called out Michall Chandler to sign a fight contract. Diaz wants Chandler to be his last fight in the UFC.

Nate Diaz is one of the UFC’s megastars. His stardom can only be surpassed by the one and only Conor McGregor himself! But it seems that the UFC is trying to end Diaz’s current contract on their terms, by trying to feed him to the rapidly rising phenom Khamzat Chimaev.

Nate, who has not been very active in the fight scene recently wants to end his career with the UFC by fighting “Iron” Michael Chandler at UFC 277.

Diaz’s most recent fight was against top welterweight contender Leon ‘Rocky’ Edwards. Nate lost the fight convincingly, But there was one split second of brilliance where he rocked Edwards and dazed him. But in signature Diaz brothers fashion, Nate decided to point and taunt Edwards instead of going in for the finish!

At 37 years of age, Nate was written off by many as washed up. But his shocking moment against Leon was enough to earn him the respect of the fight fans and apparently the UFC.

Since that bout, Nate has not fought in almost a full calendar year. It seems that the knockout of Tony Ferguson by Michael Chandler has caught Nate Diaz’s eye. Diaz tweeted the following:

UFC got me on ice for a year now chandlers obviously ready to fight send a contract it’s time pic.twitter.com/YJBWEu790F

Initially, Nate had put out an open-ended tweet: “July 30th, 170 lbs”. Michael Chandler responded that he was ready to face Diaz on a quick turnaround and on short notice. The call-out was well received by Diaz who demanded a contract be sent immediately!

No official confirmation has been sent out by the UFC as of yet. But as both fighters are very big PPV draws, the UFC just might approve the fight.

It remains to be seen as to who the final opponent of Nate Diaz will be! But the UFC star is sure to put out a tremendous show for the fans on his final outing!

“I Forgot about Him” Michael Chandler Claps back at Dustin Poirier, Reveals its “A Personal Issue” with him
Why Jan Blachowicz’s Fiancee Dorota Pushed Him to Get a Mental Coach?