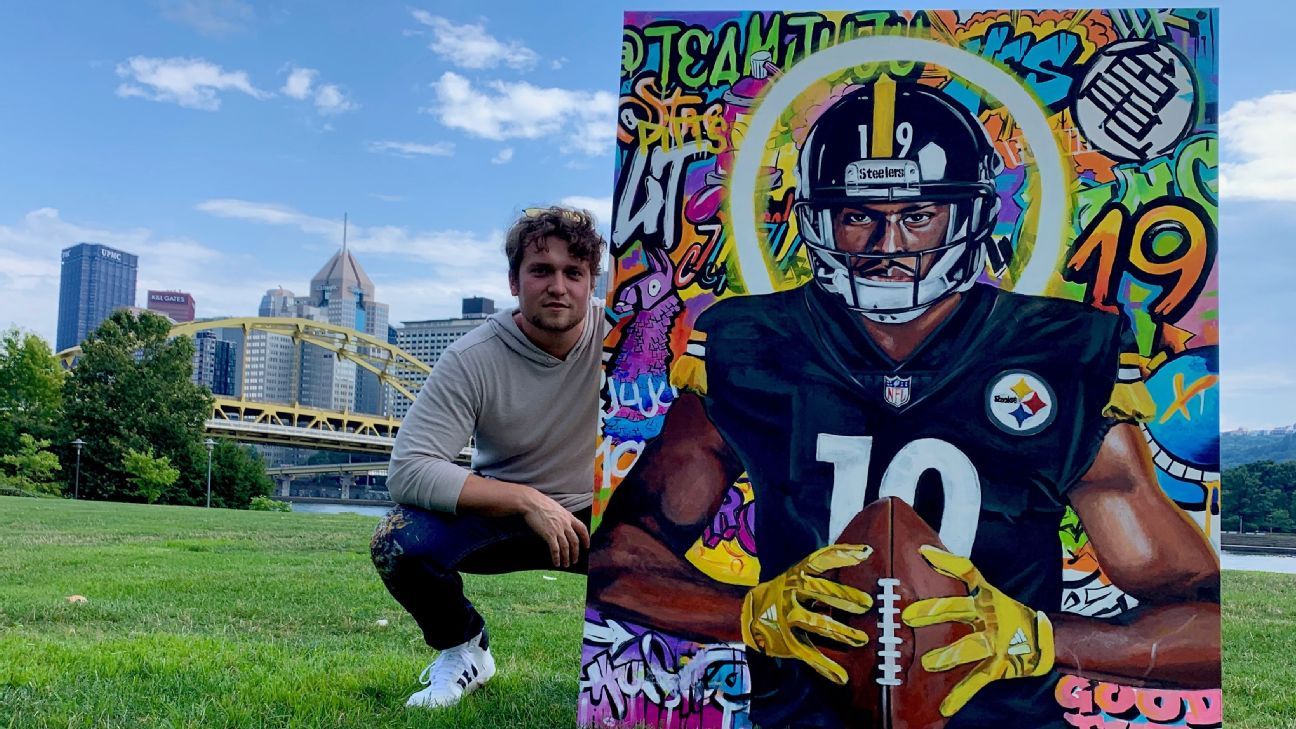 Since the novel coronavirus has caused a massive shutdown and still raging in the US, all kinds of small businesses, cottage industries have been facing severe hardship to continue. Sabol, a talented painter is one of them who was struggling helplessly amid the pandemic. This 25 years old artist makes money from live events.

Since the trend of live events has been ruptured badly during the shutdown, Sabol and his wife are going through toilsome days with the mortgage payment of their new home.

Recently Cody Sabol’s phone received a FaceTime call from an unknown number and when he received Pittsburgh linebacker Devin Bush‘s face filled his screen. He smilingly asked Sabol what he was doing the next day. Next day Bush offered him an offer of transforming his basement wall that is going to be his personal gym in no time.

He suggested Sabol a plain cream to all vibrant colors that will sum up Bush’s journey at a stretch.

Sabol and his younger brother Owen worked their heart out the next seven days. Sabol painted the detailed and intricate murals while Owen being a freshman did paint the yellow walls and black stripes. Owen is a divisional basketball player who was on his leave.

Though Bush Appointed Sabol only for a week, he paid him around $8500 which was approximately equal to six weeks. He said, “He doesn’t really have a business, he’s his own business, so I felt like I was helping him out. He just had a baby. I thought it was a good idea to put some money in his pocket.”

Sabol gave a statement, “Devin said he didn’t have a budget for it and he just wanted to take care of us, and that’s what he did. But he told me, ‘You have to pay your brother’”

Sabol was struggling since June as everything like live events were canceled. Bush just appeared before him like a ‘Guardian Angel’ for the time being. Long live such a good human being!