Australian tennis star Nick Kyrgios, 27, is one of the most gifted players in the tennis world, but has yet to advance to a Grand Slam semifinal as of today.

In this year’s Wimbledon, Nick advanced to the quarter-finals after beating American player Brandon Nakashima by winning three sets out of five and is eyeing the Men’s Singles Trophy following his departure from the previous championship.

Mystery behind Nick’s late night departure from the pub

Nick Kyrgios struggled with mental issues quite a number of times in his life, and still he often acted unnaturally for several other reasons.

Despite being in a restricted environment for The Championship, the Australian star once managed to flee the quarter on a previous Wimbledon journey a few years ago and was caught partying at a club until late hours. 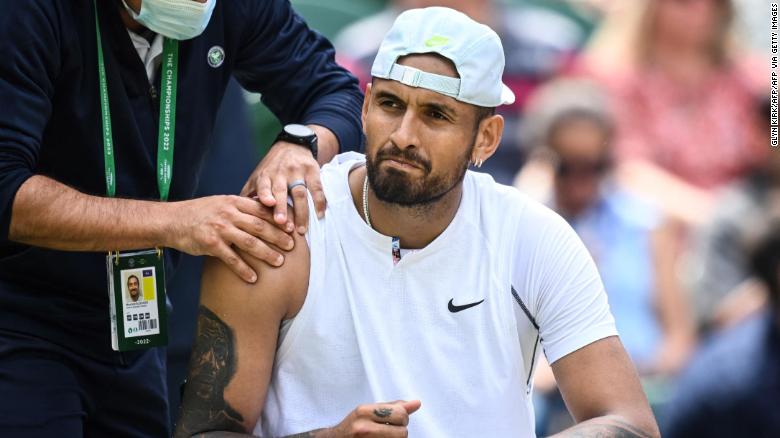 Kyrgios also commented on that incident saying, “Look, there was a time where I was having to be forced out of a pub at 4am to play Nadal in the second round.”

Nick then added, “My agent had to come and get me out of the pub at 4am before I played my match on Centre Court at Wimbledon.”

How Nick is currently working with his mental health issues?

Despite having a first round brawl with Paul Jubb and spectators, Kyrgios is still confident that he is improving consistently in terms of mental health issues that he used to face for a long time in his early professional career.

Kyrgios also proved that already by advancing to his first grand slam quarterfinal in seven years and has won all five of his matches against Wimbledon opponents.

Although Nick missed the recent French Open intentionally, he is still having eventful moments in this year’s tennis tournaments because he won the Men’s double with fellow counterpart T.Kokkinakis and also recently progressed to the Quarterfinal of Wimbledon to face C. Garin of Chile.

Who is Simona Halep husband Toni Iuruc? inside their love story
Roger Federer was caught on camera losing his temper during a heated umpire dispute