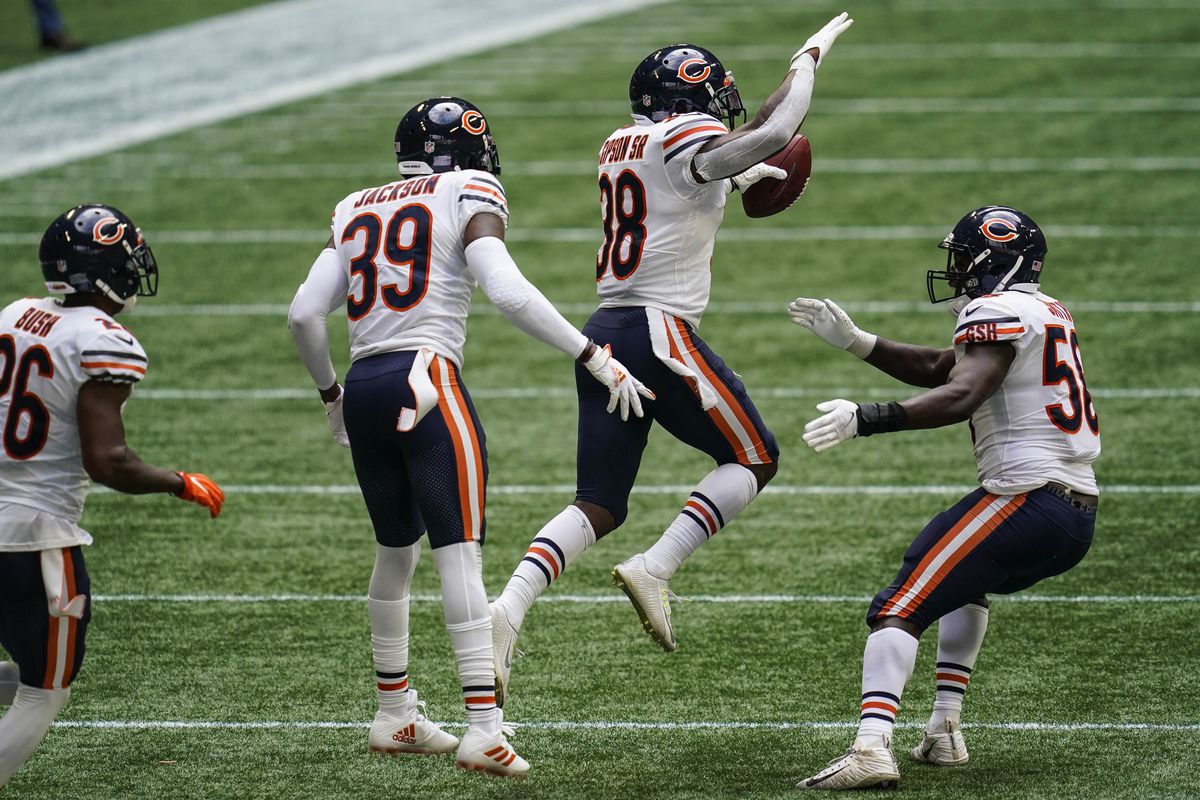 The NFL or America’s National Football league is one of the most favorites and watched shows among the natives. A number of teams have shaped the game from the very beginning and still manage to be in the favorite list. The Chicago Bear legends are not an exception to that. It was all possible due to the Chicago Bear legends and their amazing tactics of the game.

The Bears kicked off the 1940s with four straight NFL championship appearances. They broke a 17-year championship drought with a 14-10 win over the New York Giants in 1963. All those achievements were possible because of the proud distinction of long-time team members like Red Grange, Bronko Nagurski, Sid Luckman, Dick Butkus, Gale Sayers, Walter Payton, Bulldog Turner, Danny Fortmann, and Halas himself.

Gale Sayers, Walter Payton and Brian Piccolo are the contemporary time-lined player who brought about some revolutionary name and fame for the team. Even though they belong to the same era, none of them overshadowed the other and still remembered profoundly.

The world has not still recovered yet from the death news of one of the Chicago Bear legends Gale Sayers. After suffering from dementia for several years, he breathed his last on 23rd September. Fans are going through a reminiscing phase of the records and stats he made throughout his whole career.

Sayers’ NFL impact was immediate and electrifying under the supervision of coach George Halas. After finishing with a record 22 touchdowns, he was named the NFL’s Offensive Rookie of the Year in his fifth game. His perseverance was dominating on and off the field which helped him to earn the nickname, “Black Magic”.

Sayers showed his abilities during his college days and ended up earning All-America honors for his dazzling abilities as a halfback and kick returner. Popularly known as ‘Kansas Comet’, he came to the Bears out of the draft from Kansas and remained with the team for his entire NFL career. He was named the MVP of 1967, 1968, and 1970 Pro Bowl Games, and was named in the 75th Anniversary All-Time NFL Team.

After completing his professional degree he returned to the Kansas City College for attaining his B.A degree in physical education. In the meantime, Sayers accepted the assignment as assistant director of the Williams Education Fund for three years and received his M.A. degree in educational administration.

Then he moved back to Chicago and launched a sports marketing and public relations firm with a computer service business. Along with numerous NFL recognition, he was emerging as a young entrepreneur at that time. 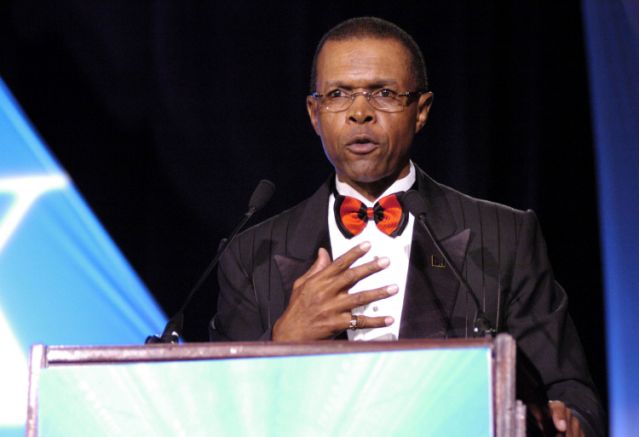 As a professional player of NFL, it was very unfortunate that his knees brought his career to an untimely end by 1971, following separate and unrelated injuries to each knee. Because of the limited medical technology of the era, Sayers was forced to undergo extensive restorative surgery and intensive therapy after the first injury to his right knee in 1970. He returned to active play in the Pro Bowl in Los Angeles, California that year and earned the Most Courageous Player Award from the Pro Football Writers. As a result, his playing career came to a standstill within a very short time.

But nothing could stop one of the Chicago Bear legends from doing the charity work for the people. Sayers spent a great deal of time supporting and fundraising for a variety of charitable organizations including the Better Boys Foundation, the Cradle Adoption Agency, the Gale Sayers Center, etc.

Sayers’ timeline of playing also depicts a very important era full of civil rights movements. Once Coach George Halas assigned Sayers and fellow rookie running back Brian Piccolo as roommates while on the road. At that time the bond Piccolo and Sayers shared, had helped set the example and pave the way for further integration within the sector of a team within the NFL.

Now let’s put some light on another legend of Sayers’ time, he was none other than Brian Piccolo. Fun fact is, he was not selected in the 1965 NFL Draft. Therefore, he tried out for the Chicago Bears as a free agent. He made the team for the 1965 season but only earned a spot on the taxi squad. Soon, his playing time increased as a back-up to starting tailback Gale Sayers, and in 1969, he was moved up to starting fullback, with Sayers as the tailback.

Piccolo assisted Sayers both mentally and physically through his rehab, which was illustrated in the 1971 film “Brian’s Song,” as well as the 2001 remake. By the time Piccolo had his real chance to shine, it was too late. He entered 1969’s training camp healthy and was eager to contribute to the team. His relationship with Sayers helped both men push to be the absolute best they could be at the running back position. In many ways, they resembled the odd couple. 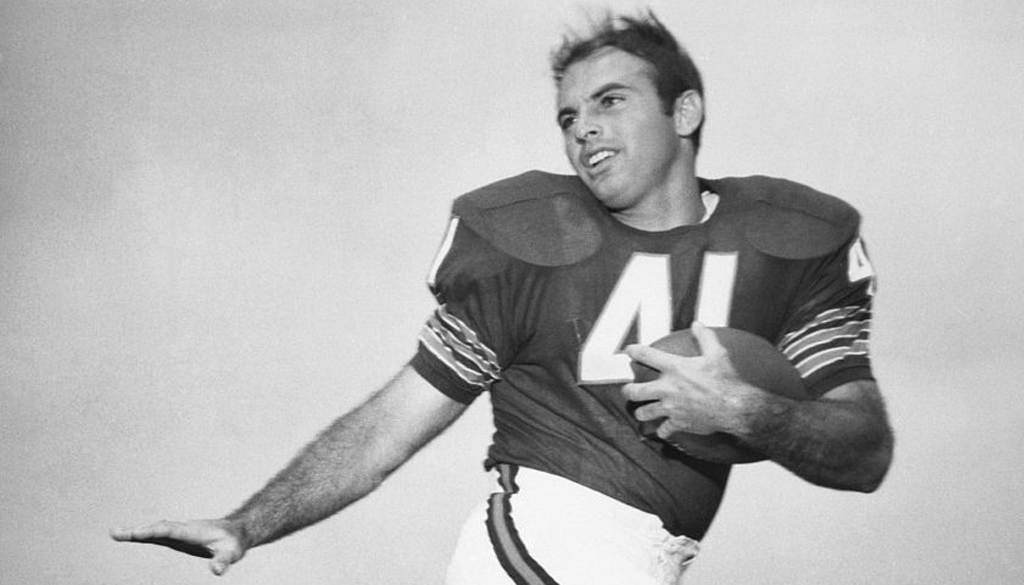 Later on November 16th at Atlanta, Piccolo took himself out of the game because he couldn’t breathe properly. Coach Jim Dooley knew immediately that something was wrong with the 26-year old running back, as Piccolo had never taken himself out of a game due to health issues. After several diagnoses, Piccolo was diagnosed with embryonal cell carcinoma which was cancer and extremely rare.

On November 28, 1969, Piccolo underwent a 4 and 1/2 hour operation to remove the tumor from his chest and the doctor thought it to be a successful one. After the operation, he intended to return to football in 1970 and felt that there was no way that he would let even an enemy like cancer beat him.

He started practicing more than ever before and soon he felt he was losing control over himself. His health deteriorated as fast as it could. After that, he underwent a lot of surgeries but unfortunately, none of them helped him to regain his lost health. finally succumbed to his disease on June 16, 1970, at the age of 26, leaving his wife and three daughters he loved and cared for dearly.

There comes then Walter Payton who had an emerging career at a slow pace. In 1975, when the National Football League (NFL) drafted new recruits from among the graduating college seniors, the Chicago Bears selected Payton as their first choice. He was the fourth player to be selected in the nationwide draft.

Walter Payton did not play football until his junior year in high school, partly because his brother Eddie was a star on the team and he didn’t want to compete with him. But when he started, none could stop him with the rising scores. During his junior year at Jackson, Payton ranked among the top-scoring collegiate football players nationwide, with a total of 160 points for the season. By the end of his senior year, he built up a career total of 464 points.

The Bears offered Payton a bonus of $126,000 as an incentive to join their team. It was the highest signing bonus ever offered to a college player at that time and everyone raised a question or expressed their dissatisfaction about picking up a rookie with this money. But his performance on the field never let them doubt his capability.

At the age of 23, he was the youngest player ever to receive the MVP award. In 13 years as a player, he missed only one game and later regretted failing. Payton earned the nickname of “Sweetness” as a college player as he always showed his humble side on and off the field. Even the opponents could not deny his down-to-earth characteristics. 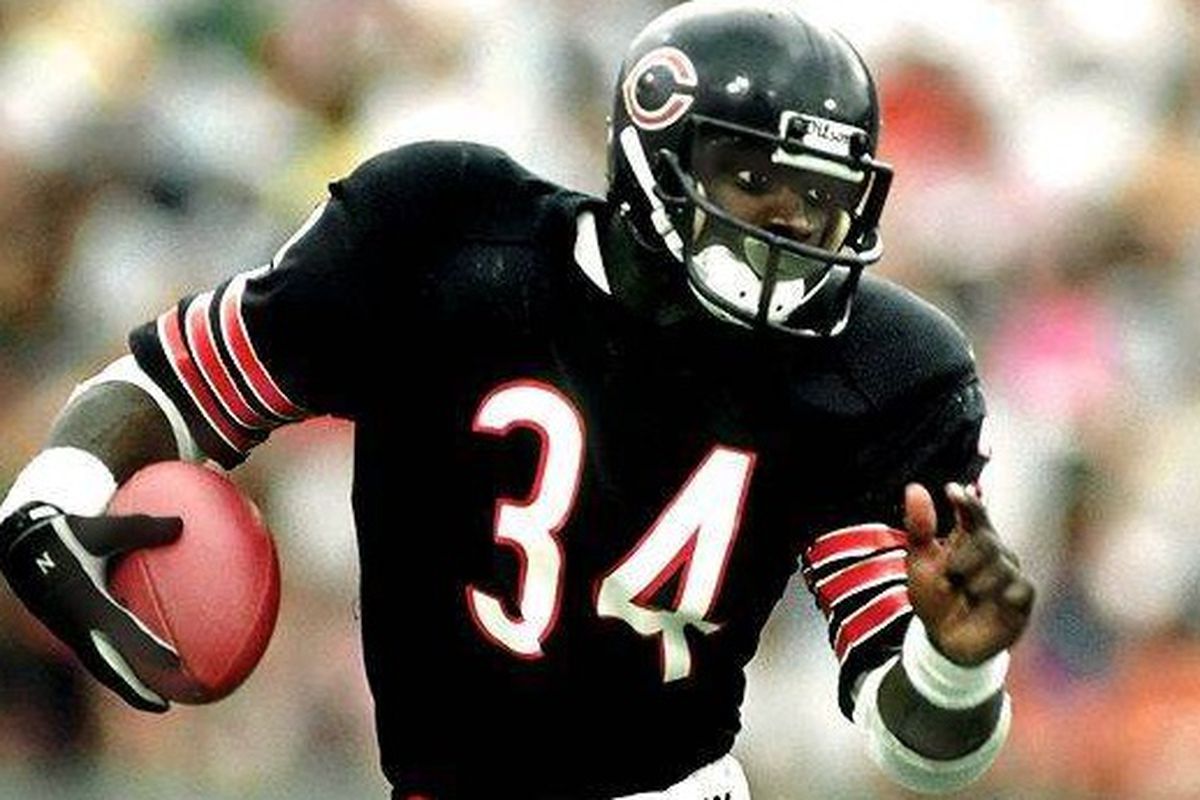 Payton and his Career

The essence of his life’s work as a businessman and entrepreneur took shape after he retired and opened a company of his own. Later he incorporated various businesses including real estate, travel, and nursing homes. He sold his time as both a spokesperson and as a motivational speaker and lent his endorsement to other companies including Realta Men’s Wear, Bryan Foods, and so on.

The Chicago Bear legend was inducted into the College Football Hall of Fame in 1986. It came as no surprise that he was selected for induction to the NFL Hall of Fame in Canton, Ohio on July 31, 1993. But good luck did not stay for a long time. Soon he discovered that he had a liver disease and in no time in the spring of 1999, he threw out the first baseball of the season at Wrigley Field for the Chicago Cubs in what was effectively his last public appearance.

Now the question is was he the biggest or fastest in a position that would desire those traits? No, but he was the smartest and toughest with a career span of 5 seasons, he dominated for 12 retirings at the age of 33.

So we can say that after all these years of records, The Chicago Bear legends could actually make some of the historic records and impression over the people’s minds that they are still be recognized with much respect. This trio has undoubtedly gifted some dilute memories to the nation that would be counted priceless!