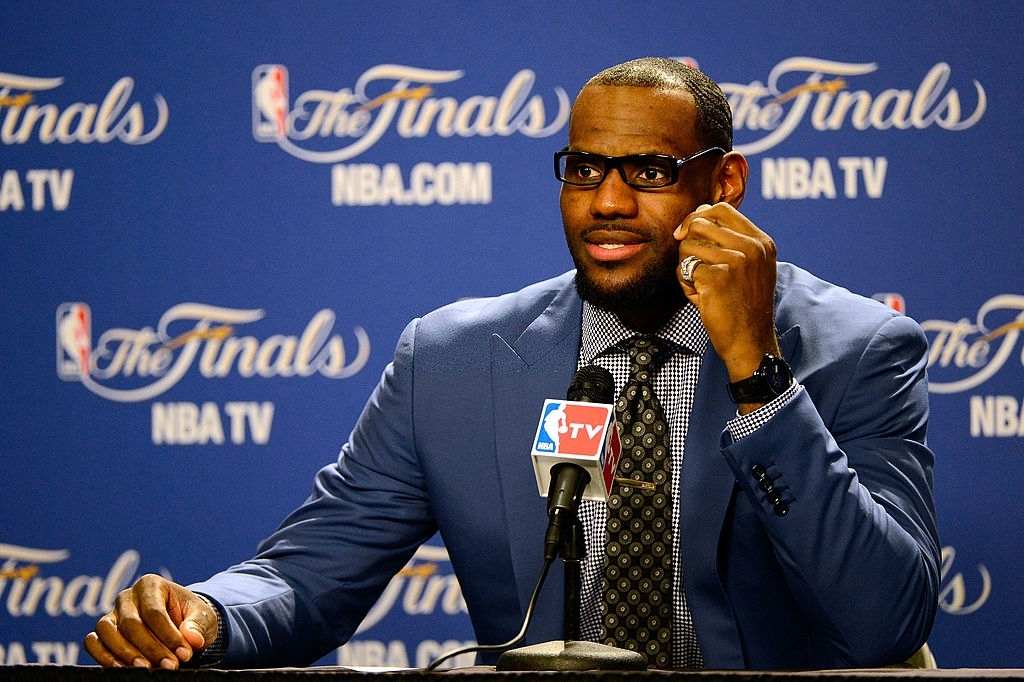 ”We’re not jealous of each other. We know who we and what we are about,” LeBron said.

Those who watch and love the game of basketball know that this statement means something more than what it is. Let me explain how. Before the press conference took place, there was a new podcast debut of Kevin Durant, where Kyrie was invited as a guest. He threw some shots at Lebron, saying, “I felt like the best option for every team I played for down the stretchOne thing I’ve always been comfortable with is, you know, I felt I was the best option on every team I played for down the stretch.”

Indicating KD and being biased towards LeBron, Kyrie added,”This is the first time in my career, I felt like that mother__ can make that shot too.”

In this statement, Kyrie took a shot at King James. Who else would he be referring to other than LeBron, indeed not Jr Smith or Kevin Love, right? LeBron was the only superstar that he had on the team back then in the Cavs. It is shocking to say that he couldn’t trust any other player to make shots down the stretch. We all know how LeBron James took Kyrie under his wings in Cleveland, helping him win the championship.

But Kyrie just didn’t like being the second most important man in the team.

.@kendrickperkins went all the way off on Kyrie Irving ?

"He is a bonafide HATER! He is so jealous, and he envies LeBron James that he can't even hide it." pic.twitter.com/9V09KcndAd

” Let’s quit all the dancing around what it is! COLD HARD FACT, Kyrie Irving is so JEALOUS, and he envies Lebron James that he can’t even hide anymore!!! Carry on,” that’s what NBA analyst Kendrick Perkin had to say about Kyrie’s Comment.

The Net’s new season training session hasn’t even started yet. Steven Nash just joined the Brooklyn Nets as the Head Coach. Kyrie made another infectious comment saying, “I don’t see us having a head coach. KD could be a head coach. I could be a head coach.” This made ESPN journalist  Stephen A Smith go all out after  Kyrie Irvings. He said, “That might be one of the most ignorant damn things that I’ve heard a player say.”

I have so many questions about this Quote. Jesus Christ!!! Carry on… https://t.co/q7JweSX97M

So, it looks like whenever Kyrie Irving speaks, he starts uttering nonsense. It’s better if he concentrates more on playing ball than saying out something and getting into controversy all over the media. Kyrie is undoubtedly one of the most skilled ball handlers this game has ever seen in the history of basketball.

LeBron, in response to the question of his and AD’s brotherhood, also answered back to Kyrie with elegance at the Press Conference saying, “In professional sports, you have guys that join forces, you call them alpha males, two guys that have been dominating in a specific sport on their respective teams, they get together and they talk about how dominating they can be, and this is going to be this and that, I believe jealousy creeps in a lot, and that is the absolute contrary of what we are. And we are not jealous of one another. And I think that you align that with respect, and I think that the sky is the limit.”

AD’s response to LBJ and his brotherhood

When Anthony Davis was asked about his relationship with King James, he said, “My Ego never clashed with LeBron or anyone else on the roster.“I’m not jealous of  LeBron, he’s not jealous of me, and I think it shows on the court, that can always creep in when you’ve got two alpha males on the same team, but when you have got two guys that are very selfless and want to win as bad as both of us to want to, the rest of it goes away and takes care of itself.”

“Jealousy has never been a thing about our team, from anyone. Everyone is extremely excited about the other guy. When guys get awards or accolades, our team is the first one to congratulate them. We bring it up in a film or after the game, whenever we see it. But no one is jealous of one another.”

“LeBron Has a ring. He made a promise to me that he will get me there” – Anthony Davis.

“If I’m asked to pick something about James that he’s jealous of, that would his ring. But he made a promise to me, and so far, he’s kept it, so hopefully I don’t have to be envious of that much longer. I want to win, and he has three of them, so that would be the one thing for sure that I would be jealous about.”

However, Kyrie responded to his twitter account about the perceived shot at King James. He tried to rectify himself by saying he didn’t mention anyone’s name. Kyrie also told everyone not to listen to any false narrative.

King James is currently in the NBA finals, and he has no time to worry about what other players say about him. The King is on a mission to be the GOAT. And to achieve that, he will have to get his fourth ring by defeating the Miami Heat in the NBA Finals.