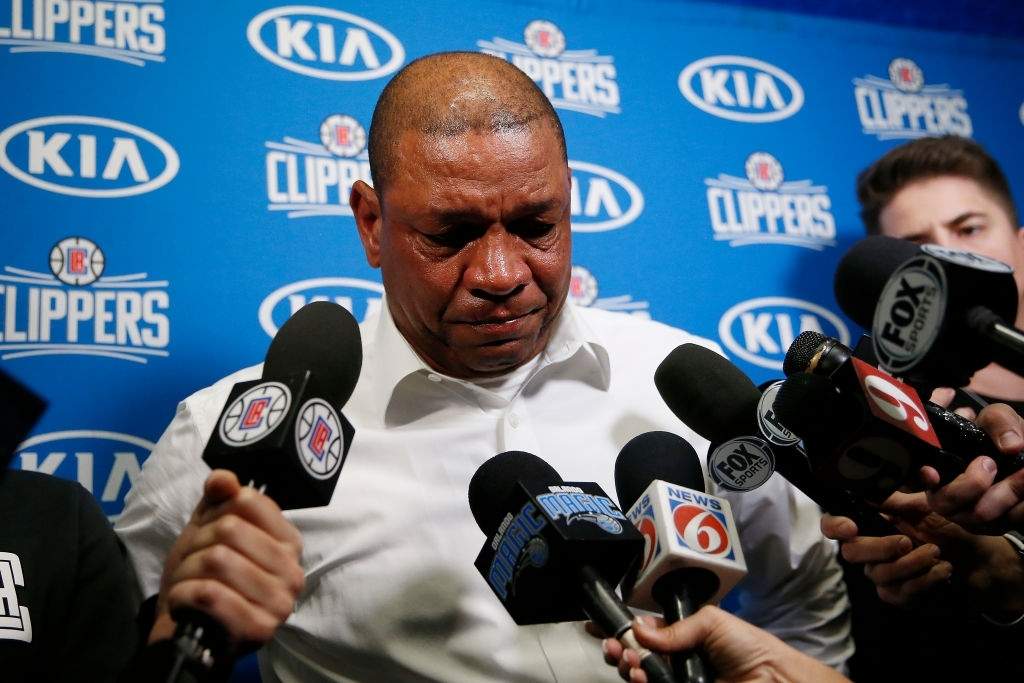 Doc Rivers has parted his ways with the Los Angeles Clippers organization. So one may raise the question, is it the end of the Doc Rivers coaching career? We hope not because he still has a lot to give to basketball. Apart from that, ESPN’s  Adrian Wojnarowski spoke on the Jump show that he had a conversation with Coach Doc. He said that he is still interested in continuing his coaching career. After spending seven years with the Clippers, sadly, he couldn’t take them to the NBA Finals. As a result, the Clippers decided to end their relationship with the veteran coach.

So, where is Doc Rivers going to pursue his coaching career now? 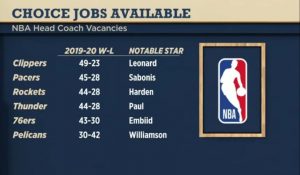 If you didn’t know, here is a piece of information for you. Doc rivers grew up in Chicago, and he has always been a Chicago Bulls fan. So from our learnings, he would have loved to coach the Bulls team, but too bad the slot is already taken. But no worries, Doc Rivers is an experienced coach and a great teacher. He possesses the skill set to convert any good players into All-star caliber players. From the above chart, we can see the available teams to which Doc Rivers can go, but we will only be discussing the franchises where Doc Rivers will be a good fit and has more chances to move there and continue his coaching career.

If there is any team that needs a veteran coach, then it’s the 76ers. The Sixers have a superstar on their team, and that is Joel Embiid. Joel has some physique and stamina issues that Doc can deal with very well, and since Doc Rivers specializes in Defense, he would be the perfect person to coach Embiid who has always been a top contender for the Defensive Player of the Year, and having Doc in the Phils would surely give a boost to their Defense.

Besides Embiid, Doc can work with the Perimeter shots of  Ben Simmons. Ben is a great player, that’s why he made his way to the ALL-NBA Third Team this year. Doc Rivers has a lot to give to these young stars from his coaching experience. So the 76ers better not choose Mike D’Antoni or Ty Lue over Doc Rivers if they want to win a championship.

After the 76ers, the Pelicans would be the best fit for Doc Rivers. The Pelicans have some young talented pieces that Doc Rivers might love to work with, especially Zion Williamson, who was the Number 1 overall draft pick. Besides, they have Lonzo Ball, Brandon Ingram, and JJ Redick, who can take the team to the playoffs easily. So, as the head coach of the Pelicans, Doc might relax and win a championship within a few years. That will happen only if everything runs according to the Plan. The New Orleans has already started to negotiate with Doc Rivers for appointing him as their Head Coach, so let’s see what happens.

The Pacers might take the initiative to discuss the terms and clauses with the Veteran Coach but to my understanding, I don’t think that Doc Rivers would be interested to go there considering the environment and geographical issues. From all the Free agent coaches, Mike D’Antoni will be the perfect coach for the Pacers. But to think about Doc Rivers’ coaching career in Pacers at this stage? We hope that Doc Rivers better not make similar mistake.

If you are a clippers fan, then you must be familiar with the term Lob City. And the combination of  Chris Paul, DeAndre Jordan, and  Blake Griffin reminded us all about the Lob City of the clippers. At that time Chris Paul was coached by Doc Rivers. So Doc can re-live that moment because he knows how to get CP3 rolling. So, this could be a sweet reunion of these two legends, only if Doc goes to the Thunders and make some adjustments and get some good pieces around CP3.

Who will the Clippers now pursue to take over for Doc Rivers?

As for the Clippers Organization, Now that Doc Rivers is gone, they still have the roaster to claim another NBA title. Ty Lue is the best possible candidate to take the Head coach job for the clippers because he has already been working as their assistant head coach and a lot of times players tend to talk and share more of their feelings with the assistant coaches and Ty Lue is someone who listens to what the players have to say and share. So, I think Ty Lue is the best fit for the Clippers. Besides, he has a good resume as a head coach because he has won a title with LeBron in Cleaveland not too long ago. So, let’s hope for the best.

Andre Iguodala gets his ticket to sixth straight NBA Finals
Lakers in NBA Finals: Will LeBron James bring the ring to the Lakers Nation again after 10 years?