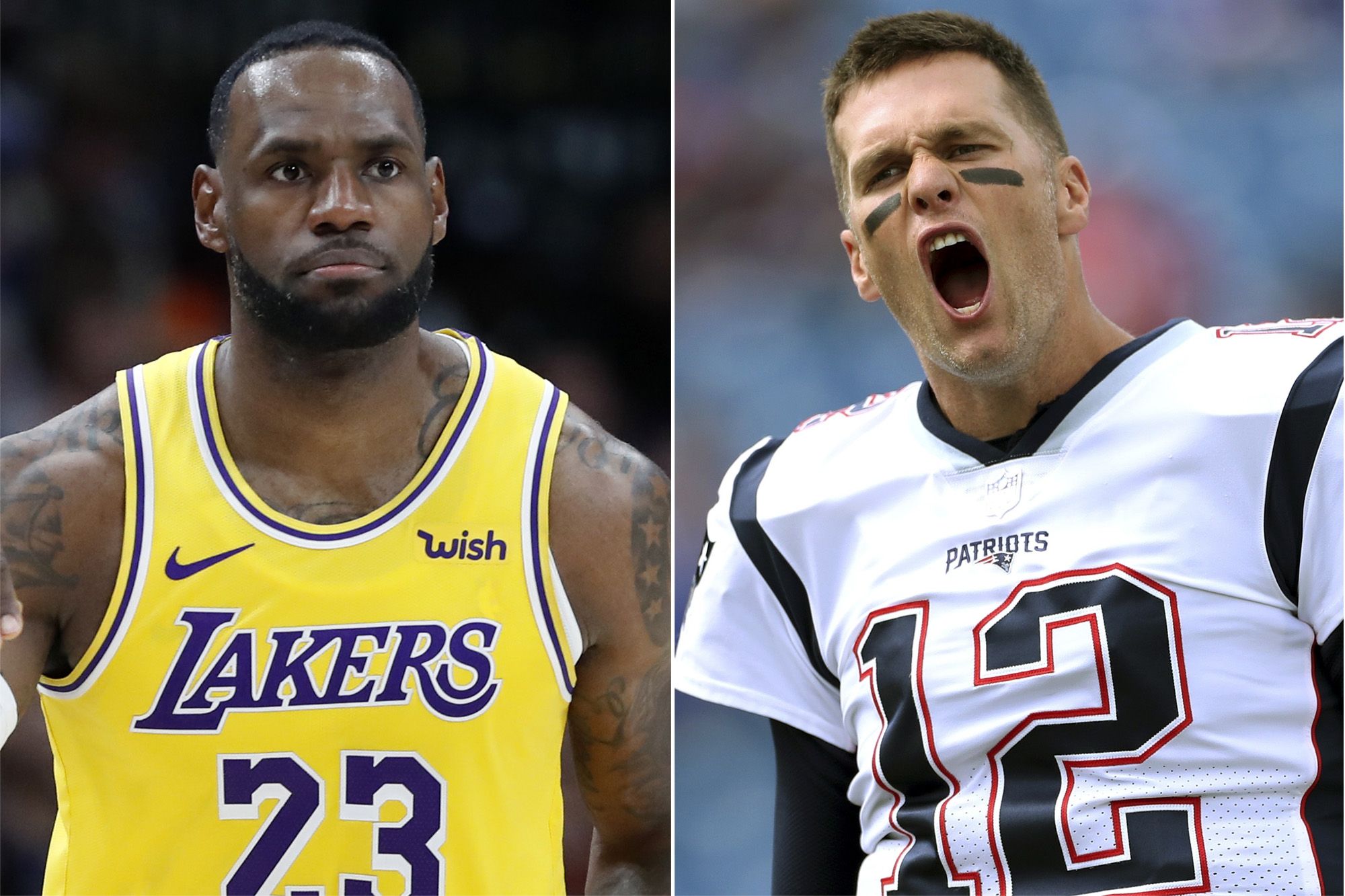 In the world of sports, we often compare two contemporary successful players with one another. Messi-Ronaldo, Brady-Peyton, Jordan v. LeBron disputes have always been on top of the list for this. But, how about if we dispute over Tom Brady vs LeBron James?  You must be saying right now, “Wait, what?” Well, don’t be so surprised as this Brady vs Lebron debate is going to be really intriguing for your sporting soul. Why wouldn’t be? After all, they are two GOATs of two different sports and they would be pointed out simultaneously.

Why they are compared when they belong to two different spectrums of sports?

While Brady is the living proof that there’s more to winning NFL games than pure physical ability, LeBron James is both, talented and physically gifted player in basketball. The two often bring something on the table to debate about whenever one does something extraordinary on or off the field. No player of this generation of American football has come close to Brady and likewise, no player in this generation of basketball has come close to James. With nobody in their own sports to be compared to, they need to be compared to one another.

They both have incredible wills to win and the ability to lead their teams, and the similarities almost end there. Brady has played 16 relatively full seasons in the NFL with a one full year due to an ACL injury. LeBron James, on the other hand, has played 15 seasons without any significant injury which led him to miss a significant time from sports.

Comparison with numbers and other figures

If we put some light on Tom Brady’s life, we will realize that Brady’s rookie year was essentially a red-shirt year so he didn’t get on the field. He has an undefeated regular season in him which is equivalent to about 70 wins in the NBA. But unfortunately, LeBron James has never had a team win 70 games.

Tom Brady & LeBron James are both incredible but how does TB12 compare himself to King James? #SBLIII #LARvsNE https://t.co/PsDIkSSy3F pic.twitter.com/oFtwcxYWIL

Tom Brady vs LeBron James comparison on their last appearances

Tom has participated in 12 AFC Championship games and ended up winning eight of those and his recent appearance was his seventh consecutive appearance in the AFC title game. Contrarily, James has made it to 10 Eastern Conference Finals where he’s won nine of those appearances. He’s won eight consecutive games with his most recent win over the Celtics.

Tom Brady can show his amazing assisting skill with any of the players of the team if he has the support of his coach. May it be Rob Gronkowski, Randy Moss, or the underrated defensive mates Teddy Bruschi, Richard Seymour, all he needs a push from the coach.

LeBron has had to carry some bad team tactics, but his most successful teams were pretty packed with talent. He had Kyrie Irving and Kevin Love to break through the titles.

Competing against Peyton Manning who is maybe the other greatest NFL player of all-time, Tom Brady managed to grab some historic titles of NFL drafts. 13x Pro-Bowler, 3x All-Pro, 3x MVP, 2x Offensive Player of the Year, 1x Comeback Player of the Year- all these titles have made Tom Brady the ‘Tom Brady’ we all look up to. Contrarily, 14x All-Star, 13x All-NBA, 4x MVP, Rookie of the Year, 6x All-Defensive team for the other legend LeBron.

When Brady was asked about James during a press conference, he replied with a diplomatic smile and got away with a clever answer, “We’re similar athletes, LeBron and I. Both great size and speed, jumping ability, shooting. Not quite. No, he’s a much better athlete than me.” 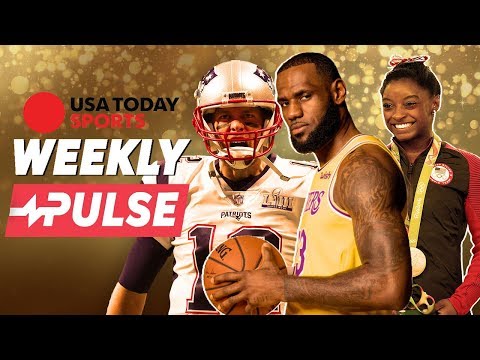 There are many dissimilarities, but on one point both of them agreed without any confusion that, being a great athlete can only take any player so far. It is the intangibles that Brady and James possess which have made them the legends that they are now. Brady said. “I think competitive and able to compete has been a great attribute for me. It started when I was young, and it’s really a part of my whole family. It’s definitely in my family’s DNA to compete and to win. I was always encouraged to do that.”

It’s not any rocket science to understand the question of how both of them have just emerged as the GOAT or legend. It didn’t happen overnight. It took many nights and days for them to reach here. At one point in life, they were asked to manage games, not make mistakes, make a few plays. Now, they are asked to do anything and everything possible for them to do in the playground. They were not this guy early in their career, as most young guys aren’t. But now, they are as good as anybody.

The ongoing debate on who is better between the two or who has gained more popularity than the other, none can reach to an end point of debate. If Tom Brady is on the top of the list today, James is going to take the place the next day. Both of them have defied the natural aging curve of their sports to remain atop their leagues well past any other player in history. The two may have gotten there differently, but the approach that took them to the top followed the same basic path.

Baker Mayfield or Lamar Jackson: Who Will be Under Pressure in Coming Week?
Max Kellerman takes a heavy toll on Tom Brady while he screams