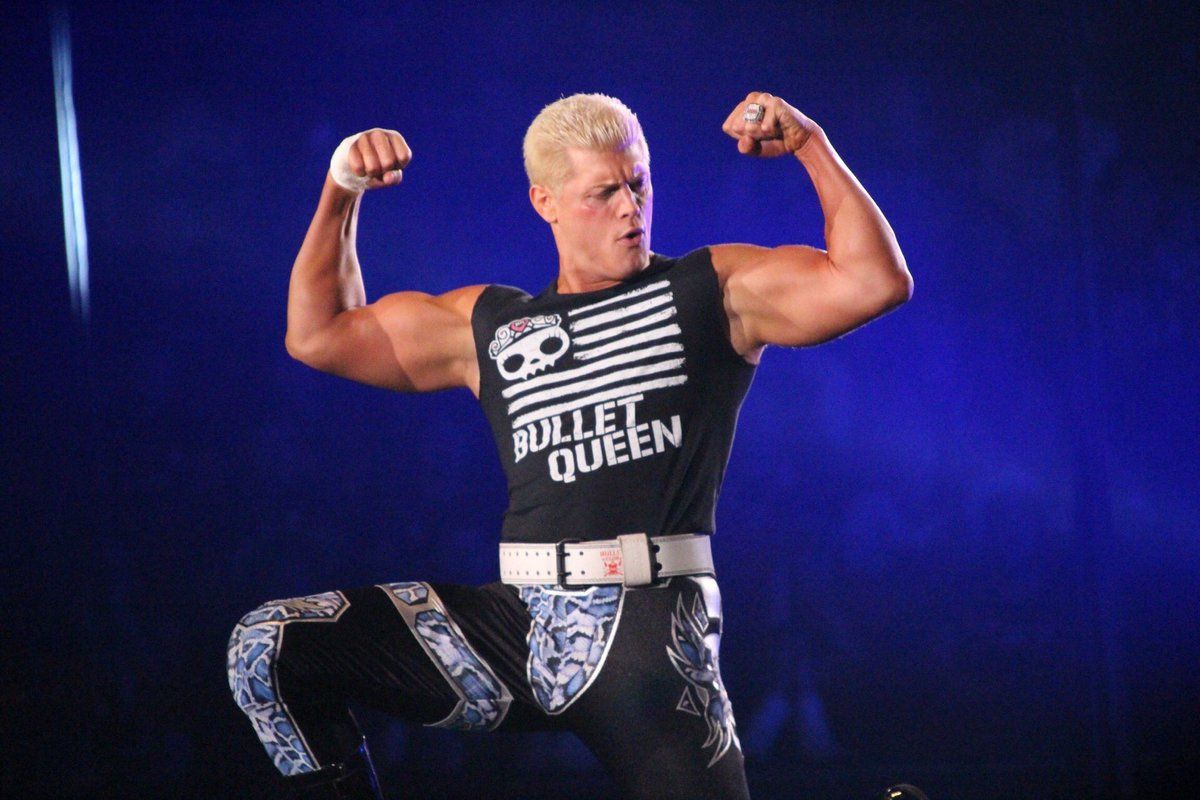 For many years, we’ve witnessed many superstars climb high to reach the top of the WWE ladder. Yet, there have also been those who couldn’t reach their potential or could have done a lot more in their careers. In this regard, WWE is lacking behind and the company has serious work that needs to be done quickly.

What this means is that WWE needs to start building up new talents to reach the top of the game. It is a known fact that Vince McMahon, the Chairman of the company raises anyone he wishes. There have been a whole lot of stars who could have filled the roster and could have been big stars, but were just “given the cold shoulder”.

In fact, there are some of these wrestlers who the fans believed were just robbed and wasted. It might be due to bad timing or lack of sparkle. But this list is going to look at 10 such wrestlers who had the slight spark of stardom in WWE, only to be forgotten in a jiffy and left out in the cold.

When there is the topic of icon coming up in wrestling, there are only a few icons and Sting was one of them. The inner heat of the Monday Night Wars was a reason for this. Sting survived this and debuted in WWE at the age of 55.

Nevertheless, his quality was there for everyone to see even at that age. Yet, there is no denying that his best years are already far behind him. He only spent a few years in WWE and was inducted into the WWE Hall of Fame.

It now got the fans wondering, what was WWE thinking before the man turned 55? Had he gotten in before that age, he might have been a real gem of the company. What a waste his talent was!

Wrestling world could not really determine the level of his stardom, but if the successes “Kaz” had in Impact and Ring Of Honour are any indication of what was to come, then WWE had really lost a legend.

Kazarian was lovingly called “Kaz” by the fans and he had a very short stint in the ring with WWE. He appeared to be heading to the top with a very decent winning streak, only having to ask to be released by the company suddenly.

The reason for his decision was that he could not see any potential in his future with the company. He had a very impressive in-ring psychology and presence, and his handling of the microphone was class, but it all came to waste.

It is not only wasteful to have a genius and a born-leader in your presence and not utilize his full potential, but it is also bad for business in some cases.

To believe that AEW, the closest to a rivalry that WWE will have after the fall of the WCW Empire was masterminded by someone who was formerly on the company’s payroll is something that is beyond comprehension.

Rhodes was pushed by his revulsion for the McMahon ways to create his path and what we have is the AEW – the company that appears to have lighted a fire under the wrestling world and looking to give WWE a run for their money.

Only time would tell whether this will eventually be realized, but one thing that stuck out like a sore thumb was that Rhodes was not fully utilized during his time with WWE.

This is one who has all the set-up to become something if there is anything, like “a more charismatic Shawn Michaels”- the looks, the appeal, and abilities. What more could WWE ask of the man?

Furthermore, the man knew how to get reactions, even from the most relaxed fan and he is a pure heel. But what did WWE decide to do with such? They decided that it was better if they could use him as comedy relief and as a jobber who hardly ever gets any in-ring time.

Does it ever cross the mind of WWE that anytime anyone was compared to “Mr. Wrestlemania”, and the person shows potential but was, by design or accident, not used as such, that is a waste of talent.

Hart’s story is a very heart-rending tragedy in so many fronts. Aside from the fact that his untimely demise is a most unfortunate affair and one that still shakes the company to its roots, the fact that he wasn’t accorded the recognition his character demands.

It is hard to believe that Hart was not a Heavyweight Champion despite all his heat and charisma and heavy training. He would have remained a mid-carder if not for the ultimate moment in his career when he unexpectedly defeated his brother at WrestleMania X.

He was a fan favorite who always got a reaction no matter what role he played, he was popular in the locker room and he was one of the best heels in history. Unfortunately, WWE does not seem to agree that he was worth a Heavyweight Champion, what a waste of charisma!

The guy famously called “The Bulgarian Brute” began his career and appeared as if he was heading for the skies. He had a successful fight with the top stars of WWE including the then Champion of United States, John Cena.

His appeal was also boosted by having a ravishing manager in “Ravishing Russian” Lana. At present, it appears he’s crashing to the ground fast. Rumors had it that he was on his way out, but “anything can happen in the WWE”.

But the most glaring truth is that Rusev has not been seen since forever and since every day is “Rusev Day”, the big guy himself is nowhere to be found, unfortunately. Whether this will change remains to be seen but it’s obvious WWE is wasting a talent.

The man, formerly known as “Miracle”, Mike Bennett has been a wasted talent from the beginning of his career. WWE mocked his manhood and gave him the worst theme song of all time. His talent was legitimately broken down into pieces.

Aside from being an unofficial spokesman of 205 Live, his true worth has not really been given a chance to be seen. The man showed flashes of his brilliance and proved that he has what it takes to become a top guy in the company.

That didn’t help his cause. Kanellis is generally known to be a great talent and he is well-traveled too, but to WWE, he is just Mr. Maria Kanelli. He wasn’t treated well and his talent failed to hit the top. Such a terrible waste!

Another wasted WWE talent on the list, this is a very pretty and fierce wrestler with an exciting sidekick in Mandy Rose. Formerly an MMA fighter, Sonya is the first openly lesbian Professional wrestler.

She has a lot of in-ring abilities and can give most of those who were given more chances than her a run for their money, including Mandy Rose. Maybe, if she had been put against the “Rowdy One”, Ronda Rousey would have had a daunting and capable opponent.

But instead, the little time she’s seen, which is very far between, she was always not where she was supposed to be-in the ring. Maybe, just maybe, she’ll get her chances, which she’s sure to grab with both hands, it is just not happening at present and that is such a shame.

This is one for the history books. Roode was a Main Event level Superstar at both Impact and NXT. The fans loved him. All WWE had t do was make a bigger frame for his growing image and make him into a bigger star and making a huge fortune along the way.

Instead, they have all but forgotten him. In fact, aside from a short time as a Tag Team Champion and a time-to-time usage as extra, he isn’t taken seriously as a competitor.

It is most unfortunately tragic and wasteful to see such amazing talent going to waste waiting for a small opening of roles. If he had been given adequate opportunity, no one can predict how far he could have gone. Shameful!

This man is likened to John Cena but not in terms of fame but in terms of Cena’s famous trademark theme song “You can’t see me” because EC2 can’t be seen, at least not for a while now.

This is a shame, almost disgraceful because the man is the Main Event talent, was comparable only to John Cena in the TNA/Impact brand, and also starred at NXT, even garnering lots of fans, who were interested in what would become of the next “big thing”.

Instead, he started getting almost neglectful ring times and started becoming lesser and lesser-seen on the television. What is more heartbreaking is the fact that he is not even booked on the Pre-Show.