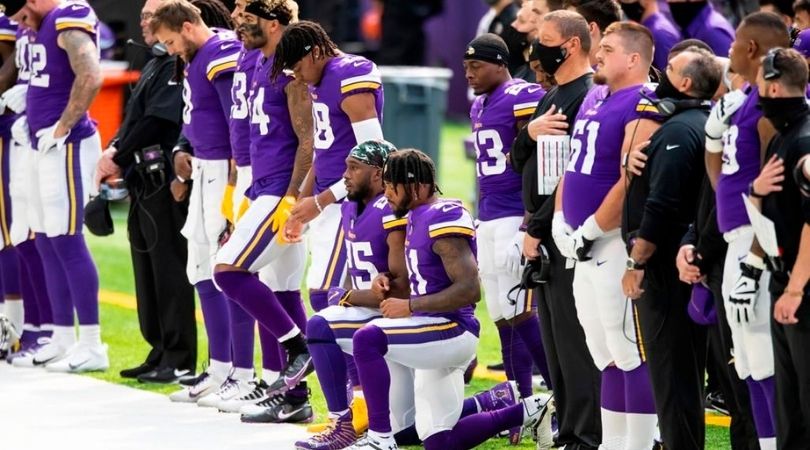 The deadly effect of COVID-19  has stopped every common activity of our normal life and is still raging in many parts of the USA. Due to the enormous increase in the number of patients, everything came to a standstill. NFL authority somehow managed to maintain strict health protocols to start the season off but it already seems to be a failure by the 4th week of the season.

The specialized health protocols issued by the authority was-

However, it seems that all have failed as the season has already experienced the first breakout. According to ESPN’s Adam Schefter, two more players on the Tennessee Titans have reportedly have tested positive for the COVID-19 virus. He said on Sunday morning that one player and one staff member tested positive, bringing the total number of positive cases within the past week to 18.

The team has already postponed their match with the Steelers as the number of patients is rising high. Already on Tuesday, eight members of the Titans’ organization, three players, and five personnel members confirmed their positive result. And to the addition new one player and team official also revealed their test result.

If it keeps increasing at this pace, there is a possibility of suspending the week 5 match with the Bills. The NFL communication officer said, “They are working closely with the NFL and the NFLPA, including our infectious disease experts, to evaluate close contacts, perform additional testing and monitor developments. All decisions will be made with health and safety as our primary consideration.”

The other teams are also undertone tests and did not find any new infected player. Previously Vikings faced the same and the NFL made the Vikings shut down their practice facility in an effort to prevent another team from experiencing a COVID-19 outbreak. However, on Thursday, no player on the Vikings had tested positive for the coronavirus.

The #Vikings had zero positive tests from Thursday’s round of COVID-19 testing, per source. Not out of the woods, but a good sign for Minnesota’s chances of playing Sunday at Houston.

Hope the Titans will come back soon surviving the tough time!

Aaron Donald: A rising star of the Rams and Pittsburgh
Gardner Minshew: The new quarterback hope to the Jaguars