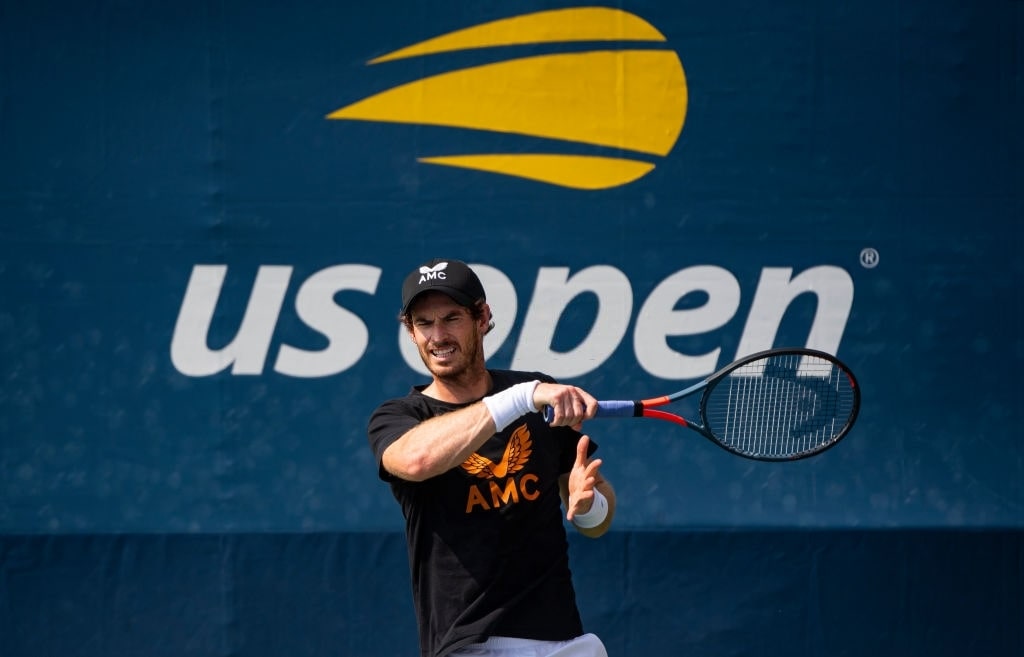 US Open Tennis final is underway. After last year’s fan-less event, this year the tournament is returning with a full audience. Fans can enjoy the US Open 2021 in the stadium from the first day of the event. The fans expectation is much higher this year as they couldn’t attend at the venue last year. Moreover, the rise in the prize money has also become a point of attraction. 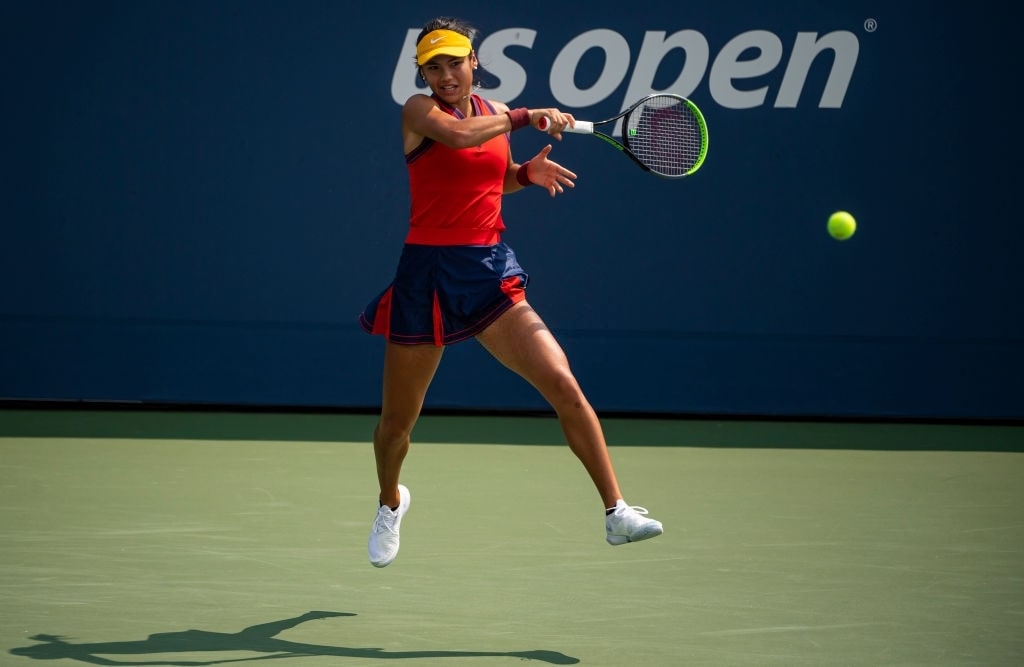 Emma Raducanu of Great hits a forehand against Mariam Bolkvadze of Georgia in the second round of the women’s singles qualifying at the USTA Billie Jean King National Tennis Center on August 26, 2021 in New York City. (Photo by TPN/Getty Images)

The USTA worked with the ATP and WTA management to make a plan on allocating the prize money among the players as none of the US Open players returned empty handed. With that note, the US Open 2021 qualifying tournament will distribute $6 million which is a significant rise from 2019. The qualifying round prize money increased by 66% than 2019.

Furthermore, the first-round main draw prize money is also increased by 23% than last year and the amount is $75,000. To cover these prize money, the tour management and the players agreed to reduce the singles champion’s prize from $3 million to $2.5 million. The organizer also reduced the runner-up payout, it is now $1.25 million.

Needless to say, the US Open has been providing equal prize money for both men and women. So, the changes in the prize money will also be effective for the women’s competition too.

Furthermore, the US Open has been providing more than $130 million in player compensation for the last two years including Western & Southern Open and US Open compensation. Additionally, the USTA also contributes almost the same amount of money to the grassroots of the sport. They aim to increase tennis’ long-term health. As a result, 22% participants have increased in 2020.

However, the prize money increased for the wheelchair and mixed double categories. 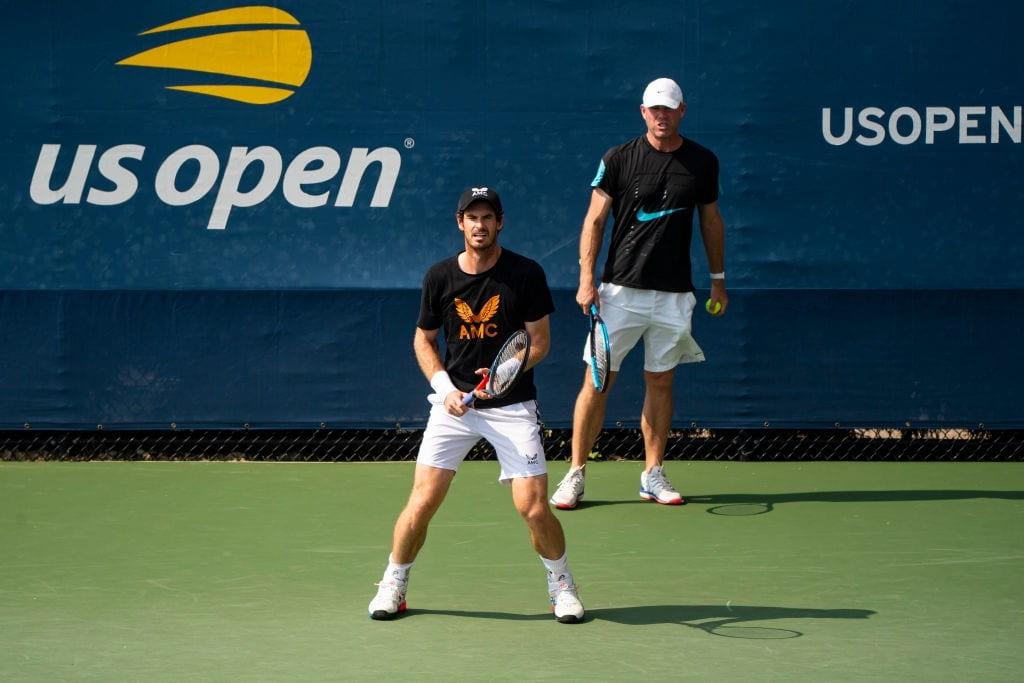 Since the US Open offers prize money for each round, here we have provided round by round individual prize money.

Why Was the US Open Prize Money Reduced in 2020? 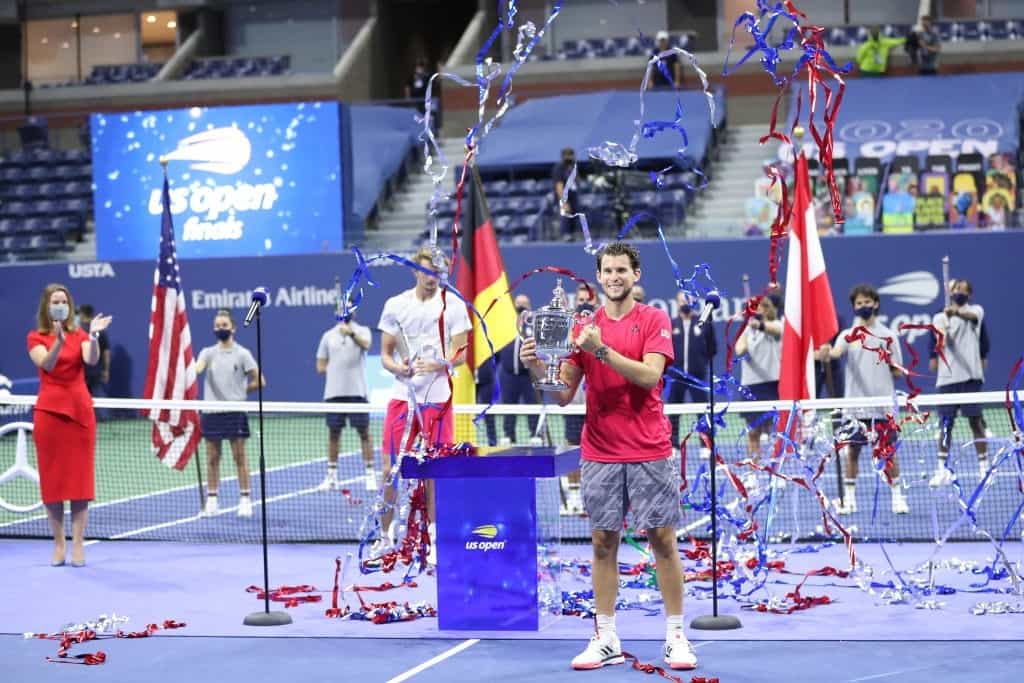 Dominic Thiem (R) of Austria celebrates with championship trophy after winning in a tie-breaker during his Men’s Singles final. (Photo by Matthew Stockman/Getty Images)

Prize money in 2020 was reduced due to the Covid-19 pandemic as no spectators were allowed to attend at the venue. Also, the qualifying round was also skipped. Hence, the pandemic has put a significant impact on USTA’s finances and they have been recovering it gradually. That is why USTA increased the overall prize money this year to bring more excitement.