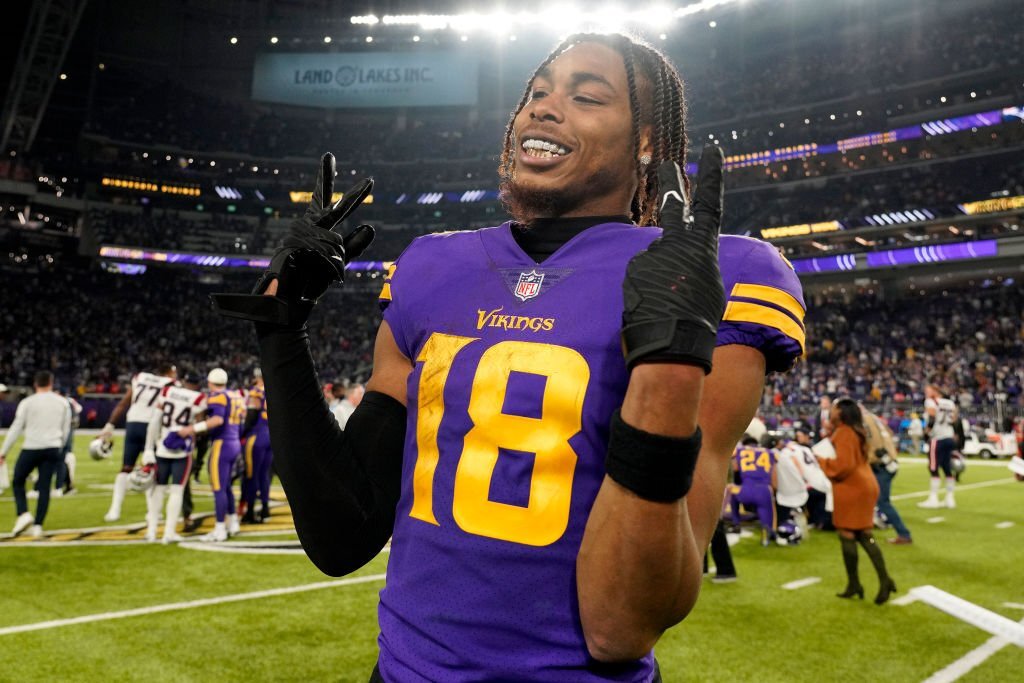 The Minnesota Vikings has once again proved that “records are made to be broken.” But this time their star wide receiver has done the job for them. Justin Jefferson showed his class last night with his supremacy.

Recording 4,248 receiving yards during his first three seasons, the Vikings’ WR Jefferson surpassed the milestone established by Hall of Famer Randy Moss, who had accumulated 4,163.

Justin Jefferson passes Randy Moss for the most receiving yards in his first three seasons 📈 pic.twitter.com/yOifFSq07M

In a victory against the New England Patriots on Halloween night, Jefferson surpassed Moss with this highlight-reel catch.

The Vikings made a great pick with the 22nd overall pick in the 2020 NFL Draft when they picked Jefferson. The LSU product established the modern period (since 1970) record with 1,400 yards in 16 games as a rookie, but it was broken by his old college teammate Ja’Marr Chase the following season.

Jefferson made the Pro Bowl as a first-year player, was named to the All-Pro second team, and finished second in the vote for Offensive Rookie of the Year, behind only QB Justin Herbert of the Los Angeles Chargers.

After establishing the standard for rookie receiving yards in his first season, Jefferson topped it last year with 1,616 yards and 10 touchdowns on 108 receptions. He was selected to play in the Pro Bowl one more time and was a member of the All-second Pro team.

Prior to Thursday’s game against the Patriots, Justin had 1,093 yards on the season; he finished with 1,139 after catching nine passes for 139 yards.

This season, Jefferson will have six games in a season to add to his record, including one against the Detroit Lions, who rank towards the bottom of the league in defensive statistics.