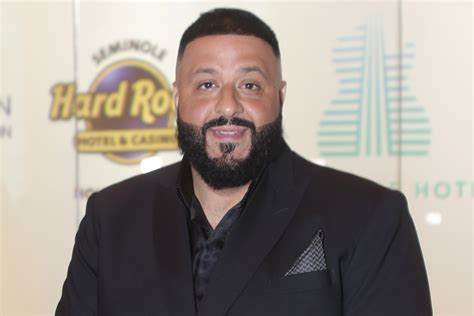 DJ Khaled gave Miami Heat Coach Erik Spoelstra shoulder massage mid-game, and the fans were loving every bit of it.

The Miami heat entertained the Philadelphia 76ers in game five of their play-off series.  The Heat cruised to a 120-85 victory, and now have a 3-2 lead in the series.  In the middle of their rampant performance, DJ Khaled made an appearance at courtside.

The ball went out of the court, when Khaled collected the ball during the stoppage to give it back. Right after giving the ball back, Khaled was seen pumped up at pitch side, giving coach Erik Spoelstra shoulder massage.

There have been comparisons made with Drake, who was there to give a massage to Toronto Raptors head coach Nick Nurse. It is safe to say that DJ Khaled “Pulled Off a Drake”. Khaled’s out-of-the-blue massage has delighted the fans, and they did not faze away from expressing their delight on social media.

.@djkhaled was PUMPED after handing the ball to Max Strus 😂 pic.twitter.com/1oBkPgWa1A

In a sign of how things are going for the 76ers, DJ Khaled just pretended to check into the game and gave Erik Spoelstra a shoulder massage, both of which the crowd loved. Miami is up 18.

Who did it better?

*DJ Khaled voice* “They don’t want us to have relaxed shoulders!” pic.twitter.com/jOcrf9tuop

DJ Khaled just gave Erik Spoelstra a shoulder rub during a stoppage in play. The crowd loved it, as you would expect.

Spo not putting DJ Khaled in the game is a missed opportunity.

Erik Spoelstra just got a sideline back rub from DJ Khaled. Your coach could never.