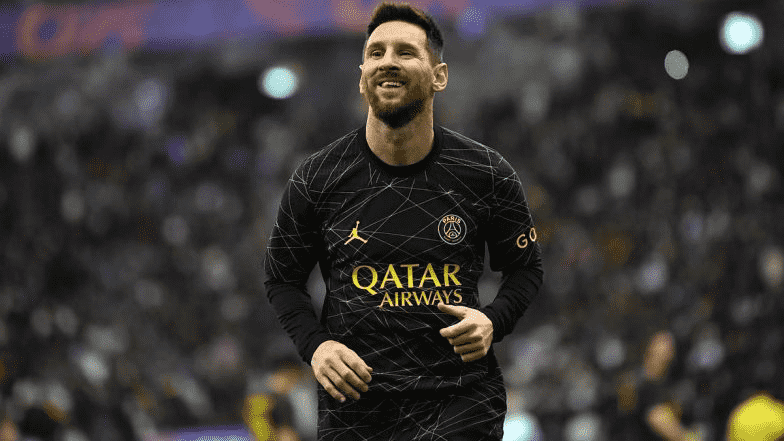 Cristiano Ronaldo has shown a path to the Saudi Arabian clubs to snatch the biggest superstars into their league following his mega-deal with Al Nassr FC and reports suggested that Lionel Messi could be on his way to the Middle East.

Al Hilal expressed their desire to sign the World Cup winner into their side after they failed to grab the Ronaldo deal and the direct rivals of Al Nassr FC are ready to offer Messi almost $300 million per season which is way more significant than Ronaldo’s wage.

⚽️ The Saudi Arabian club Al-Hilal has started negotiations with Messi, offering him a record 300 million euros a year. This club is the main rival of Al-Nasr, for which Ronaldo plays. pic.twitter.com/WQG8Obe6Qj

Ibrahim Alkassim is Saudi Arabian Football Chief and has great respect for the little magician while desiring to have him in their league one day.

“At the moment we do not know anything about a possible Lionel Messi arrival. Although I do not hide that, as Saudi Federation, we would like to have him one day in the domestic league.”- Alkassim told to Marca.

“The idea of the Federation is always to improve our football, and of course, we would like to see Cristiano and Messi in the same league again, but the truth is that we don’t know anything now.”- Saudi football chief further added.

Lionel Messi has six months left in his contract with PSG and there has been no agreement reached between the club and the player as of now will certainly open up possibilities for Messi towards a move to the Arabian region.

However, PSG and the hierarchy are optimistic to tie down Messi into a contract that will knot the seven-time Ballon D’or winner into their service for at least two more years.

Leo Messi situation has not changed. New meeting will take place soon with Paris Saint-Germain to discuss length of the new contract and then get it signed. 🚨🇦🇷 #PSG

Leo plans to continue in Paris, verbal pact was discussed in December.

Lionel Messi was literally unplayable at times during the FIFA World Cup 2022 and the French club is aware of his capabilities as they believe, the Argentine will lead them to the silverware in terms of their biggest dream of winning the UCL.

On the contrary, Al Hilal and Saudi authorities will leave no stone unturned to bag the best player on the planet into their league, but it will be interesting to see how they handle the situation.