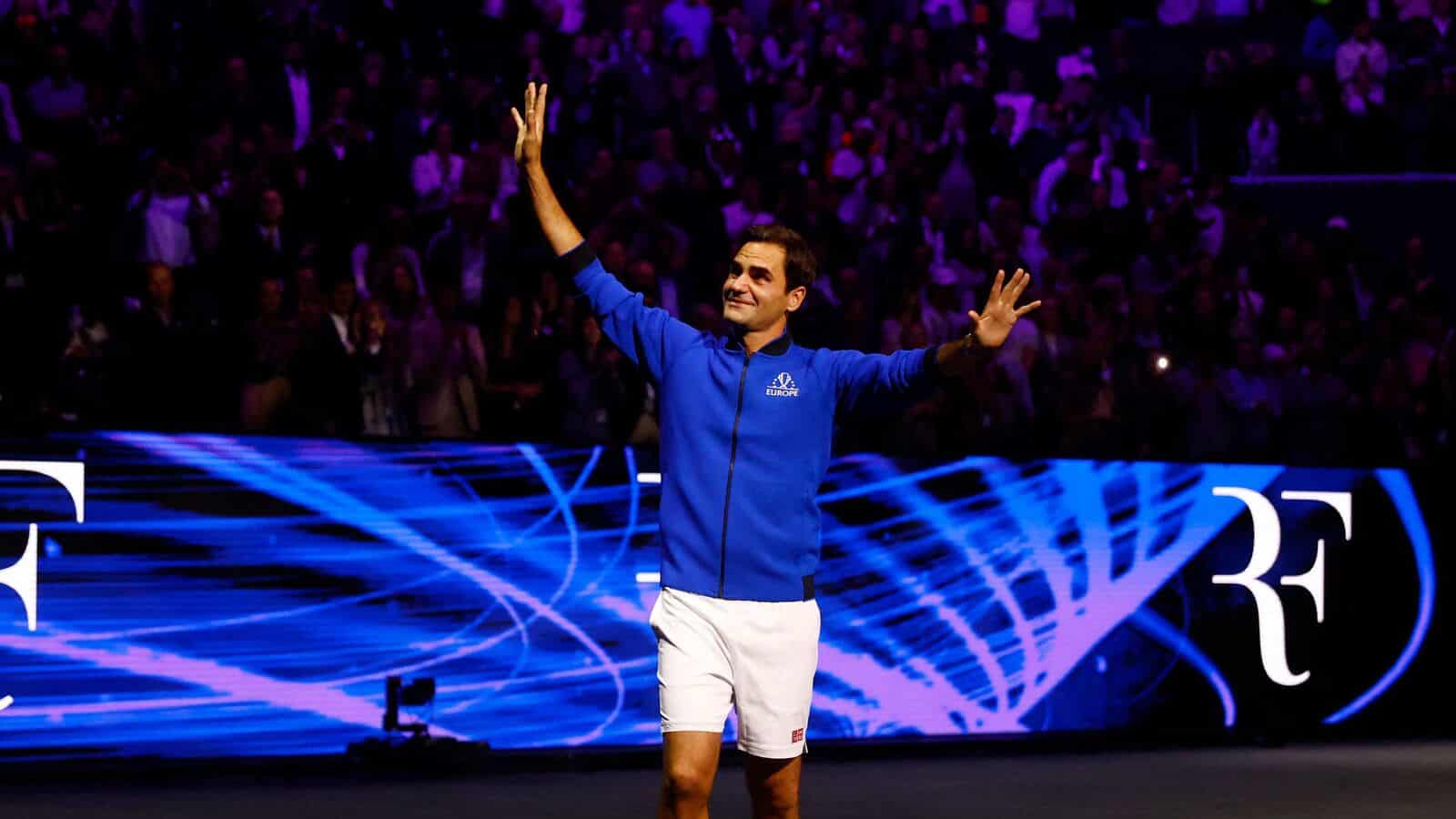 Swiss legend Roger Federer, 41, announced his retirement a few days ago, which created a miserable atmosphere amongst the tennis professionals globally, and their responses were as touching as their final tributes towards their long-lasting counterpart.

The legend’s farewell match, therefore, afflicted everyone on and off the court as they gathered peacefully to show their last respect to the 20-time Grand Slam winner.

Why did Roger Federer shed tears on his last career match at London?

At the Laver Cup in London on Friday night, Roger Federer and Rafael Nadal played their final professional match together. Despite, holding match point, they were defeated by two players from USA – Jack Sock and Frances Tiafoe in the event of doubles, 4-6, 7-6 (2), 11-9.

Federer stated, “It’s been a wonderful day,” in his on-court statement while visibly moved by emotion. In addition, he was applauded by all the spectators in the stand and also his partner Rafael Nadal who could not hold his tears for the Swiss.

Roger assured all that he wasn’t sad, and just felt joyful but being there felt wonderful. Everything was in the final time, and he savored lacing his shoes one last time and funny enough, despite his fears that anything might go wrong during the match—such as a calf pop or back block—he didn’t feel the tension as much with all the matches, the men present, and the spectators, family, and friends.

He couldn’t be happier that he got it through and that the match went well. So far, it’s been great.

The Federer Express then expressed his gratitude for his team members at the Laver Cup by stating, “And of course playing with Rafa on the same team, and having the guys, everybody here, all the legends, Rocket, Edberg, Stefan, thank you.”

Federer never withdrew from a tour-level match during his career, which makes him bag one of his most amazing records in the sport. It was the 1,750th and last match of Federer’s career in singles and doubles combined and a staggering, 1,750 matches for careers, bef0re retirement.

The majority of the first set was played on serves between Federer and Nadal and Sock and Tiafoe, who had the support of the loud crowd and the Swiss even drew raves with a through-the-netpost groundstrokes in the following game of the match, but it was later determined to be out of bounds, and the point was awarded to the Americans.

However, that thing of joy for the crowd will never be vanished from their memory.

There's a first for everything 👀#LaverCup | @rogerfederer pic.twitter.com/ToNEwy0lId

Nevertheless, Federer and Nadal held for 2-1 in that game, and after fending off the match’s first break point to hold for 5-4, they played some of their best tennis in the following game to finally get the match’s first break and win the inaugural set after 42 minutes and this included dramatic inside-out forehand angled trying to pass shots from Nadal and a flawless overarm volley winner from Federer.