After losing his starting position at Wolves, Conor Coady signed a season-long loan agreement with Everton to become Frank Lampard’s fourth new hire of the summer, and therefore, the English defender will play alongside Lucas Digne, Yerry Mina, and others in the upcoming matches.

Conor Coady contract details show that Wolverhampton Wanderers will not be able to call back this defender at the end of this current season because the English player has decided that he will not continue to play for the Wolves in the next few years.

Who is Conor Coady?

Conor David Coady, a professional footballer from England who was born on February 25, 1993, plays center defender for Premier League side Everton while on loan from Wolverhampton Wanderers and for the England national team.

Coady graduated through Liverpool’s development program and made two appearances for the first team, and he subsequently spent a season on loan at Sheffield United before making a permanent move to Huddersfield Town in 2014. 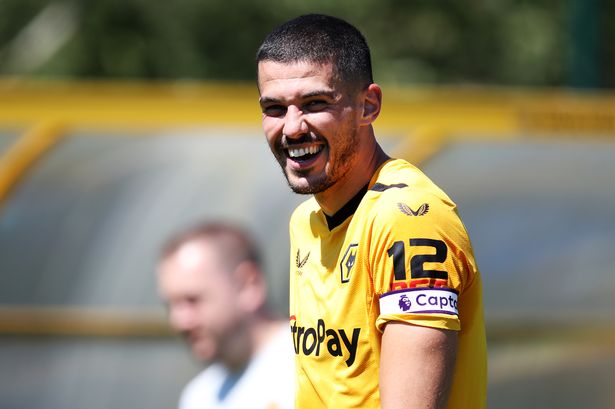 A year later, they paid £2 million to join Wolverhampton Wanderers, where he has since appeared in over 300 games and helped the team win the Championship in 2017–18.

At the young level, Coady competed for England at the young level, earning a spot on the team that won the 2010 UEFA European Under-17 Championship and leading the under-20 squad in the 2013 FIFA U-20 World Cup. Then, he made his senior team debut in 2020 and was a member of the side that finished second at UEFA Euro 2020.

How much did Conor Coady cost?

According to sources, Everton will pay around €1.8 million, with €0.8 in other variables, and he will sign a one-year contract to join the Merseyside team till 2023.

Everton will also be entitled to a handsome percentage of any future transfer fees that Wolves earn from the sale of Coady. The Englishman will surpass Digne, who cost the club €2 million from Barcelona in 2018, as the second-most expensive under-23 acquisition in Everton’s history.

While playing for Wolverhampton Wanderers, the 29-year-old made €2 million before taxes every season. However, according to Conor Coady’s contract details, starting with the 2022 Everton season, that figure will rise to roughly €2.5 million and he will also be employed until 2023.

What does he add to the Everton?

Conor Coady, who is 1.85 meters tall, is physically strong, has great feet, and can squeeze out of small areas, is a very sophisticated center-back, and Frank Lampard will benefit from his high-intensity defending style.

Everton often use a four-defender, three-midfield lineup, and while Coady will offer more strength and technical proficiency to an already extremely strong engine room, Yerry Mina and Lucas Digne are stalwarts. In addition, Everton had trouble filling the third defender spot last year, rotating a lot of players there.

He can also play the number 16 role as a defensive midfielder because of his ability to escape congested areas and pick out passes.

What does this signing mean for other Everton Players?

Everton has the privilege of fielding one of the world’s most illustrious lineups but they will need to make place for the Englishman whenever he arrives at the Merseyside.

After his contract ended, Richarlison already departed the team, and players like Kalvert Lewin and Mason Holgate could find themselves on the outside looking in. Furthermore, youngsters or academy players who made brief appearances for the main team the previous season could be loaned away.

In over 100 games with the Wolves team, he has 2 goals from header and in addition, he also got the chance to play for the England team on a part-time basis, has 2 caps, and has one assist to his credit.

Who’s Nico Schulz’s girlfriend accusing him of kicking her in the stomach?
Who is Marseille new signee Alexis Sanchez? contract details, salary