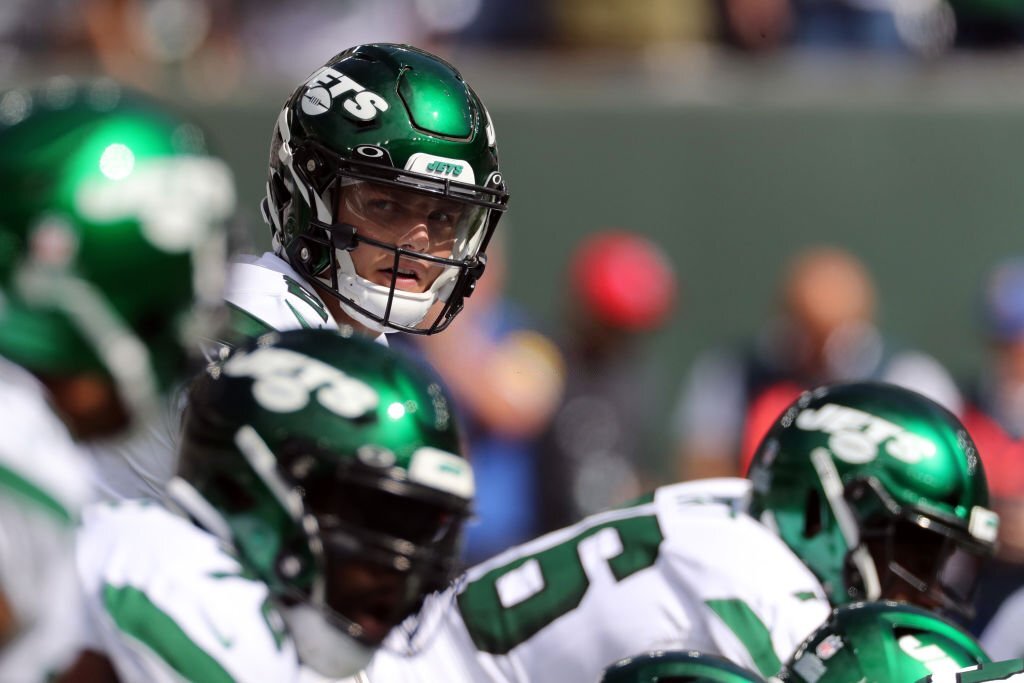 Zach Wilson is not yet expected to miss Week 1 for the New York Jets. The team will now wait and watch how the second-year quarterback’s damaged knee responds, head coach Robert Saleh told reporters on Monday, after the QB put in a workout. Saleh noted that it’s “possible” Wilson plays versus Baltimore if everything goes according to plan.

“We put Zach through a workout today,” said Saleh. “Looked good, felt good. We’re going to see how the knee responds today and tomorrow, and we’ll have an answer for everyone on Wednesday.” In the first preseason game New York played against the Philadelphia Eagles in early August, Wilson sustained a bone bruise and meniscus rupture.

Zach Wilson comes up limping after an awkward cut while scrambling. #Jets pic.twitter.com/YkOYZ5sL6f

Wilson sprinted up the right side of the field, attempted to turn back toward the middle, and was wounded without making contact. He will be sidelined for two to four weeks following arthroscopic surgery to repair the meniscus, it was discovered after early concerns of a more serious injury to his right knee were allayed.

“Everyone heals differently,” Saleh added. “Like I said, we’ll see what happens tomorrow and all that stuff. I almost feel like some of the guidelines that are put on, they’re guidelines, but everyone responds differently.”

This is a crucial season for the 23-year-old, who had a rough start to his first campaign before missing four games due to a sprained PCL in his right knee. After returning, he showed definite indications of improvement till the end.

In his final five games, he didn’t throw any interceptions and showed signs of being quicker at reading defenses and making judgments. Prior to getting hurt, Wilson was having a strong preseason camp, with nearly two weeks of productive workouts leading up to the preseason game at Philadelphia.

When Wilson returns, the difficulty will be to swiftly re-enter a similar routine on the field while being out for close to a month. Wilson won’t require a ramp-up period to play once he’s fit, according to Saleh. At that point, he would once more take over as the starting quarterback.