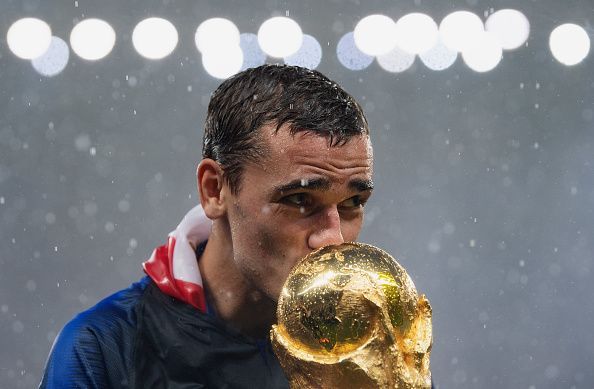 It is a known fact that football is a competitive sport. Right from the set up has it been designed to be a competing event. Eleven players competing against another eleven to be the ultimate winner. Then, there is the case of competing over and over in a competition to be crowned the winner. That is, not only trying to win a match but win again and again to eventually win the competition.

Aside from the cheers joy of being a partaker and the ultimate winner of a competition, there is this peculiar claim to fame that pushes footballers and their managers to put in their best performances in these competitions, thereby giving us, the fans, the best football.

We begin the list with Spain’s biggest tournament and one of the most prestigious in the world. The Campeonato de España– Copa de Su Majestad el Rey, mostly referred to as the Copa del Rey, is the yearly knockout football competition, organized by the Royal Spanish Football Federation.

The competition is the oldest Spanish football competition as it was founded in 1903. The winner of the competition will qualify for UEFA Europa League and Supercopa de Espana (Spanish Super Cup) for the following season.

Barcelona is the most successful team in this competition with an incredible 30 titles to its name. The current holders are Valencia when they defeated Barcelona 2 – 1 in 2019 final held at the Estadio Benito Villamarin in Seville.

This is an international association football tournament for the national football teams. It was held every four years by FIFA. It was a competition among the six winners of the continental championships (AFC, CAF, CONCACAF, CONMEBOL, OFC, UEFA). These six would be joined by the current holder and the host nation of the FIFA World Cup.

Before March 2019, the tournament was held in the country that would hold the coming World Cup, as a preparative event for the bigger tournament. But FIFA has announced that the competition would no longer be active because of the expansion of the FIFA World Cup in 2021.

The competition is open to all eligible teams in England down to level 10. The record number of teams that participated in the tournament is 763 during the 2011/12 season. Winners of the competition will qualify for the following season UEFA Europa League and the next season curtain-raiser, the Community Shield.

The current holder of the trophy is Manchester City, having thrashed Watford 6 – 0 in the final of the 2018/19 season. The most successful club in the competition is Arsenal, having won the trophy a record 13 times.

Officially known as CAN (Coupe d’Afrique des Nations), or AFCON, it is the main international association football competition in Africa. It was first held in 1957. It was held every two years since 1968, and the holder as at the time of the FIFA Confederations Cup will qualify for the tournament

There were only three competing teams in the first tournament held in 1957 – Egypt, Sudan, and Ethiopia. South Africa was scheduled to join them but were disqualified because of the apartheid policies of the ruling government in the country then.

In recent times, the number of competing nations has risen to 16 but had been increased to 24 in 2017. The current holder of the title is Algeria when they defeated Senegal 1 – 0 in the 2019 edition of the competition. The most successful nation in the tournament is Egypt with 7 titles

The current holder of the title is Chelsea after defeating Arsenal 4 – 1 in the 2019 final. That is the second time Chelsea is winning the competition. The most successful club in the tournament is Sevilla, having won it an amazing five times.

It started in 1960 with 7 seven teams participating. The seven teams (Bahia from Brazil, Jorge Wilstermann of Bolivia, Millonarios of Colombia, Olimpia of Paraguay, Peñarol of Uruguay, San Lorenzo of Argentina, and Universidad of Chile) had been the champions of their respective domestic leagues the year before. The tournament was won by Penarol.

Since 1993, the competition has always featured 12 nations – all 10 CONMEBOL teams, and two teams from other confederations, who lock horns with one another in the battle to claim the continental crown and earn the bragging rights.

Unofficially called the Euros, this is the association football competition for the national teams of member nations of the Union of European Football Associations (UEFA), to determine the continental champion of Europe.

It was previously referred to as the European Nations’ Cup before it was changed to its current name in 1968. It is held every four years in the even-numbered year between the World Cup. The current holder, Portugal, won its first-ever Euros by defeating France 1 – 0 in the 2016 Euros final. Two teams have won the most championships – Germany and Spain- having won the tournament three times each.

It is the second most viewed tournament in world football, after the FIFA World Cup. The 2016 final attracted up to a massive 284 million viewers, which makes it the second most-viewed game in European tournament history.

It was previously referred to as the European Champions’ Club Cup, commonly called the European Cup. it was previously a straight knockout tournament, contested only by champions of each national club championship. The competition was given its current name in 1992, adding a round-robin group stage, and allowing multiple entrants from some different countries.

The current holders, Liverpool, won their 6th title, by defeating Tottenham Hotspurs 2 – 0 in the final of the 2019 edition of the competition. The most successful team in the competition is Real Madrid, having won the tournament an incredible 13 times.

Often simply referred to as the World Cup, it is the yearly football tournament among members of the Federation Internationale de Football Association (FIFA), the global sport’s governing body. The competition is played every four years since it began in 1930, except in 1942 and 1946 when it was held because of the Second World War.