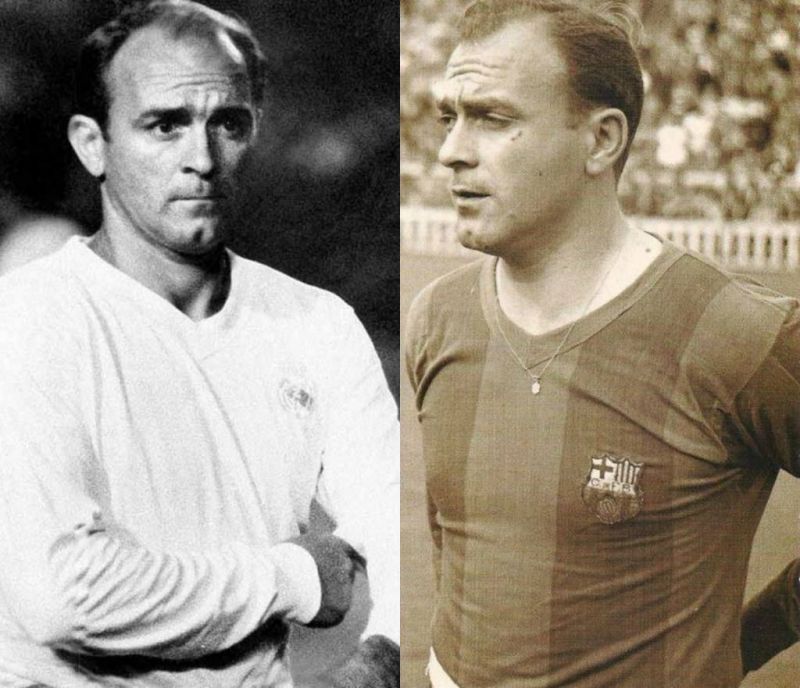 Football is a competitive sport and as such, it isn’t a bad idea if you manage to get one over your rivals. That is clearly portrayed in the efforts of clubs when they battle one another in major tournaments in their bid to go all the way and triumph.

Another aspect of the sport where competition is also at its peak is in the transfer market. During every summer and winter windows, clubs go head-to-head with the aim of sealing the finest deals. This often sees them leapfrog their rivals and even hijack deals from one another.

Within the past few decades, we witnessed a lot of transfer deals that we just couldn’t believe how they came to fruition due to the way in which the concerned parties pulled them off. In fact, we only got to hear of some; days or weeks after they were completed. On this list, we present 10 of such transfers that shook the football world in recent years:

The midfielder was at the heart of Napoli’s success in the Serie A a few seasons ago. Deployed as deep-lying playmaker under Maurizio Sarri, the Italian ran riot in the middle of the pitch and distributed passes of all sorts with relative ease.

Jorginho’s performances earned the interest of Manchester City boss Pep Guardiola, who highlighted him as the club’s priority signing for the summer. A deal was agreed with the Serie giants and everything was going smoothly until Chelsea interfered.

The Blues hastened up to their approach and surprised everyone by quickly convincing the player to move to Stamford Bridge. Jorginho couldn’t resist the opportunity to continue playing under his favorite manager in London. He was snapped up by the London outfit in a mega deal worth £57 million to deal Manchester City one of their biggest blows in the past few years.

One that will hurt Tottenham fans for a long time, the hijacking of the transfer of Brazilian attacker Willian from Russian outfit Anzhi Makhachkala in 2013 pulled the nerves of many. The transfer took place under the management of Jose Mourinho and it added more people to his opposing side.

The Spurs were ready to break their transfer record to lure the Brazilian to White Hart Lane as they anticipated the completion of the then-proposed mega transfer of Gareth Bale to Real Madrid.

In a heavily busy transfer window for the North London club where they had already signed Paulinho Bezzera and Roberto Soldado both for massive fees, the club decided to move even further by adding Willian to their ranks. The Brazilian even went to the level of completing his medical at White Hart Lane.

It was proving a smooth business between the two parties before Chelsea owner, Roman Abramovich came inside it and eventually persuaded the winger to shun the interest from the Spurs in favor of a move to Stamford Bridge.

The flamboyant Ronaldinho is, without doubts, one of the greatest players to ever kick a soccer ball and was surely the most entertaining superstar of his generation. Younger Red Devils fans will be hurt to learn that the flashy Brazilian playmaker could have found a resident at Old Trafford instead of Camp Nou, as he had already agreed to join the Premier League giants during a conversation with then manager, Sir Alex Ferguson.

The midfielder had already caught the attention of the football world with his flamboyant performances representing Paris Saint Germain in the French league. European powerhouses were fighting one another for his signature and it appeared United got the edge.

Everything seemed set to flourish. The Brazilian was just 48 hours away from pulling off the deal. However, a promise that was made to then-Barca president Sandro Rosell saw him join the Catalan side instead after David Beckham snubbed the club to sign for Real Madrid.

Ronaldinho had talked with Rosell – whom he was close friends with while the CEO was a Nike executive in Brazil – before he became president and the two had agreed that the player would join the Catalan club. Ronaldinho proved to be a fantastic signing and his arrival helped to return Barca to the top of the European ladder.

The young Portuguese prospect had been linked with Arsenal for a good few months before his transfer time came up. He was a top target for Arsene Wenger who was determined to get him on his roster at the Emirates Stadium.

Meanwhile, Manchester United manager, Alex Ferguson also had an eye on the talent and was adamant in signing him. Although the London outfit took the front foot in the race to sign the young Portuguese winger, everything changed when the Red Devils suddenly pooped in to disrupt their progress.

At the last minute, the offers were upped by United and they quickly had the future legend under their reach. Ronaldo would later go on to forge a great career for himself at Old Trafford winning the Ballon d’Or and the Champions League before leaving for Real Madrid.

The list moves further with the inclusion of Belgian striker, Romelu Lukaku. This one happened recently; precisely a few years ago but it deserves its spot among the most embarrassing hijacked transfer deals in football history.

Chelsea has been the best club in the EPL when it comes to hijacking deals, but that does not guard them against finding themselves on the wrong end of the deed. Just two summers ago, the Blues suffered a transfer hijack.

Romelu Lukaku was looking like he was destined for a Stamford Bridge to return after he was sold to Everton and spent a few years at Goodison Park. The Blues were keen to get him over but Lukaku would later hand them a heavy punch by snubbing his former club for a move to Manchester United.

This will remain in the memory of many Premier League fans. Paul Gascoigne ranks among the most revered English players in history. Even though he has fallen on hard times since he quit the beautiful game, he will always be remembered as a legend.

Sir Alex Ferguson targeted Gazza while he was still playing at Newcastle United back in 1988 and left for a holiday with the belief that a deal was all wrapped-up. With the midfielder on the verge of signing for the club, Tottenham popped up with an offer, promising to buy Gascoigne’s family a house. They also offered to buy a sunbed for his sister as well as to get his father a new car.

The player readily accepted the offer and moved to Tottenham. He dazzled at White Hart Lane for a few years and remains one of the few players Ferguson regrets he didn’t get across during his time at Old Trafford.

This is one of the funniest ones on the list and it also happened recently. Another Brazilian superstar also the subject of a hijacked transfer deal, Malcom was one of the most sought out attackers in the market during the summer of 2018.

The winger was a top target for the likes of Arsenal, Chelsea, and Roma. However, it was the Italians who stole a march on all other suitors, or so they thought. The Giallorossi even announced a move via their official Twitter account, with several fans rushing to the airport to meet the supposedly incoming star.

However, Barcelona had a different idea. The Spanish giants stormed in at the last minute and made the French side a better offer, inspiring them to pull out of their deal with Roma. Malcom was unveiled by the La Liga giants the following day to send the football world into a frenzy.

The Citizens have also gotten one over their Blues counterpart in the past. The Premier League giants made their first big-name signing, after the Abu Dhabi takeover, 10 years ago at Chelsea’s expense.

Brazilian attacker, Robinho, was a Real Madrid player at that time and was looking for a route out of the Santiago Bernabeu. Chelsea began negotiations with the player and developments were progressing smoothly. The Blues announced that they had agreed on personal terms with Robinho. In fact, shirts bearing his name were even printed as supporters awaited his arrival.

City managed to creep in at the last minute and took Chelsea by a huge surprise. They ended up snapping the attacker up in a mega-deal that will be remembered for long in the Premier League – not least because Chelsea also found themselves at the other end of an act they are well-known for.

Alexis Sanchez, who moved to Arsenal from Barcelona in the summer of 2014, took to the Premier League explosively and quickly established himself as the Gunners’ most valuable player.

After rapidly becoming a fan favorite, Sanchez was expected to remain at the Emirate Stadium for a long time, however, he eventually short-cut the happiness of the Gunners faithful when he decided to call time on his stint in North London.

Manchester City was leading the race to lure him to the Etihad Stadium but the failure to reach an agreement with Arsenal over fees and the wage demands of the player didn’t allow the move to materialize.

While the Cityzens kept on with their approach, their local rivals Manchester United stepped in and convince the player to move to Old Trafford. The Red Devils sent Henrikh Mkhitaryan the other to act as a sweetener in the deal.

Alfredo di Stefano is highly reputed as one of the greatest footballers in history. He was Real Madrid’s most prolific scorer in history before the arrival of Cristiano Ronaldo who went on to break the record.

The Argentinian legend spent up to 11 years at the Santiago Bernabeu and helped Los Blancos win five European Cups (now the Champions League), eight La Liga titles and one Spanish Cup. He died in 2014 and will always be remembered as one of the greatest footballers to step on the field. However, the story could’ve been a different one.

When Di Stefano quit River Plate in Argentina to join Colombian club Millonarios, the former retained his registration rights. As per reports, Barcelona began negotiating with both South American clubs in 1953, but when the latter disagreed over some aspects, they moved on with River Plate, an act that resulted in the player moving to Spain and even playing a friendly game for Catalan giants.

Barca’s decision to side-step Millonarios later proved disastrous, as complications enabled Madrid to swoop in and seal a deal with the attacker. The incident forced Barca’s president to resign from his office as a result of the costly blunder.