11 of the worst signings in football history 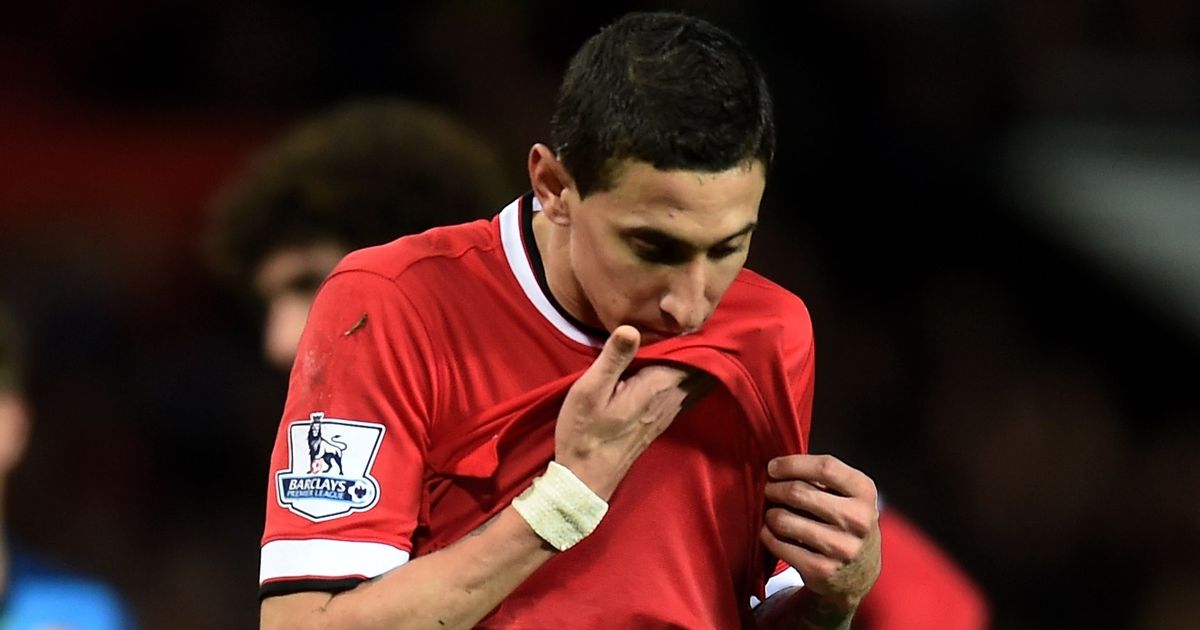 The transfer market offers football clubs the opportunity to augment their squads, with clubs going out of their way to buy the best players who they feel are the best fit to help them achieve their ambitions.

The market has been in existence for over a century and bar a few modifications here and there, the basics have largely been the same, with clubs paying stipulated fees for the transfer of players much in the same way as goods and services are traded in the open market.

An increasing globalization of the game means that there are extra funds available to the top football clubs in Europe and this has concordantly led to an over-inflation of market prices, with players now being sold for exorbitant amounts.

Every transfer is made to strengthen the squad and generally, better players go for higher amounts, but pricing does not always translate to performance and numerous big-money signings that flopped in the Premier League.

It is, however, not just marquee signings who failed to make a mark in their new clubs and here at Sportszion, we shall be having a rundown of the 11 worst transfers in football history.

Dmytro Chugrynski made a name for himself with his display for Shakhtar Donestk in the Ukrainian Premier League and this prompted Barcelona and Pep Guardiola to sanction his purchase for the sum of €25m, with the club confident that he would bolster the squad with his “aerial presence and strong defensive skills.”

It seemed that they made the right choice when he acted as the lynchpin of a Shakhtar side that kept a prime Barcelona at bay for almost two hours until Pedro scored a late winner in the 2009 UEFA Super Cup a few weeks later.

That was, however, as good as it got for the former Ukrainian international, as he found it hard to adapt to the new culture and could not displace the first-team pairing of Gerard Pique and Carles Puyol.

He was sold back to Shakhtar Donestk after just one season for the sum of €15m, at a loss of €10m. 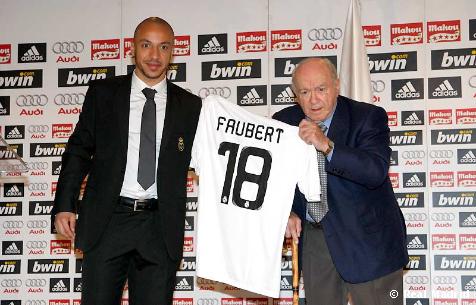 In terms of strange transfers, Julien Faubert’s loan purchase by Real Madrid from West Ham in January 2009 ranks high up there with the strangest of all.

The Le Havre native had represented teams like Cannes and Bordeaux in the past, but had not done anything remotely spectacular to warrant a transfer to the biggest club in the world and the shock value of his move to the Bernabeu was highlighted by the fact that football critic Paul Merson suggested that Faubert’s agent should be knighted by the Queen for pulling up such a move.

If his transfer to Spain was overwhelming, his performance itself was anything but and Faubert ended his Real Madrid six-month loan spell with just two appearances and would be more remembered for oddities like him missing training because he had a day off or being pictured asleep on the Real Madrid bench during a fixture with Villareal. 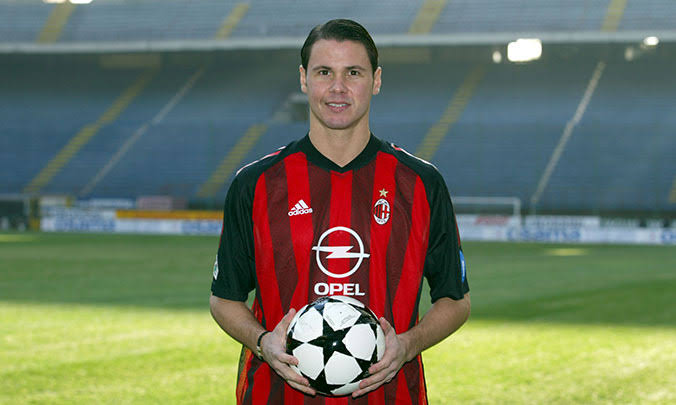 In his prime, Fernando Redondo was one of the best holding midfielders in the world and was an integral part of the Real Madrid and Argentine set-ups in the late 1990s.

Beyond his defensive duties, he also possessed the uncanny knack for contributing to attack and helped create one of the immortal moments in Champions League history in the 2000 quarterfinal against Manchester United when he showed great skill to dribble past Henning Berg by backheeling the ball around him, recovering it and assisting Raúl to score en route Los Blancos’ triumph.

For his displays in the Spanish capital, Italian giants AC Milan shelled out €15m to sign him, despite protests from the player himself and fans to remain in Madrid.

A serious injury sustained in one of his first training sessions with Milan delayed his debut by 2½ years, leading Redondo to decide to forfeit his salary and although he did contribute mildly in his third season, another injury forced him to retire having made just 33 appearances for the Rossoneri in four years.

Roberto Soldado was made the most expensive signing in Tottenham’s history when the club purchased him for the sum of £26m from Valencia in 2013.

Soldado has been a regular goalscorer in the Spanish Laliga and it was expected that he would bring this form with him to England, but he never really got going in North London and did not score from open play in the Premier League for over two months.

The emergence of Harry Kane put paid to his time as a Tottenham player and Soldado left White Hart Lane for Villareal for he sum of £10m after just two seasons, having scored just seven goals from 52 Premier League appearances.

Jonathan Woodgate’s career is one of the great ‘what if’s’ of football and it is undebatable that he would have become one of the all-time greats but for injury troubles.

He began his career with Leeds United and impressed in five seasons at Elland Road to prompt a transfer to Newcastle United where he spent one season before heading to Spain to feature for Real Madrid.

He was signed for the sum of £13.4m and despite being injured at the time of his signing, Real Madrid felt that he would come good in due time.

That, however, proved not to be the case and it took him over a year to make his first appearance in a Real Madrid jersey.

It turned out to be a debut to forget for the Englishman as he scored an own goal before being sent off for two bookable offenses in the first 30 minutes.

His time at the Bernabeu was blighted by injury troubles and he made just 14 appearances in his three seasons with the club (spending the third on loan at Middlesbrough) before signing permanently for his hometown club in 2008. 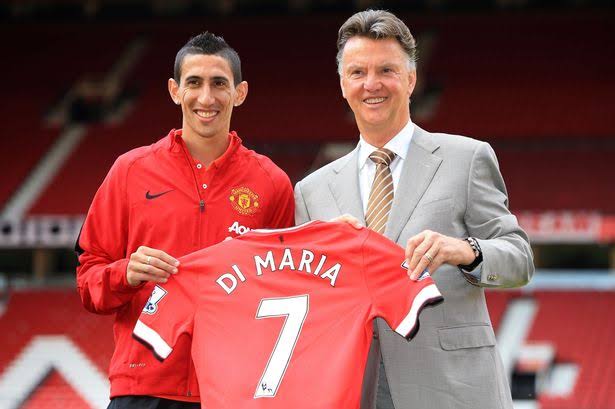 Angel di Maria put in a man-of-the-match performance as Real Madrid ended her long wait for La Decima in 2014, thus there were more than a few eyebrows raised when the club sanctioned his sale to Manchester United in the summer for the sum of £59.7m.

That figure was the highest paid by a British club at the time and in seeming belief of his abilities, Di Maria was handed the hallowed jersey number 7.

He, however, failed to follow in the footsteps of other illustrious players to have worn that jersey including Cristiano Ronaldo, George Best, and Bryan Robson, David Beckham, and Eric Cantona.

Things started brightly for the Argentina international, with him scoring two goals and providing a further two assists from his first four matches with the club, but from then on, it went downhill for him and he lost his starting place in Louis Van Gaal’s squad.

After just one season at Old Trafford where he made 32 appearances and scored four goals, Di Maria was sold to PSG where he is once again starring and tearing defenses to shreds.

In the immediate aftermath of Fernando Torres’ sale to Chelsea for a record-breaking sum, Liverpool needed a striker and they turned their attention to Newcastle, signing the highly-rated Andy Carroll for the sum of £30m.

This figure made him the most expensive British player at the time and the eighth-most expensive player in history and he was signed on the same day as Luis Suarez.

The two men’s Anfield career, however, went in different paths, with Suarez leaving the club as a legend three years later, while Carroll struggled massively in front of goal and went down as one of the most expensive flops in Premier League history.

After losing the patience of the normally considerate Kop, Carroll departed Liverpool for West Ham on loan in 2013 with just six goals scored from 44 matches. 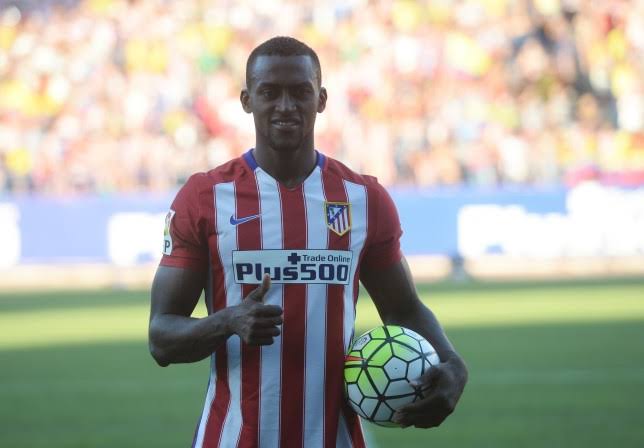 Atletico Madrid struck gold when they signed Radamel Falcao from FC Porto in the summer of 2011 and given the Colombian’s performances for Los Colchoneros, they would have been forgiven for turning to the same club for the services of his countryman.

Like Radamel Falcao, Jackson Martinez is a Colombian who shone for Porto in the Portuguese Primeira Liga, banging in goals for fun and it was this form that convinced Atletico Madrid to purchase him for the sum of €35m.

Unlike his countryman, he, however, did not set Madrid alight and with Diego Simeone reportedly unhappy with his lack of commitment, Martinez was sold to Chinese Super League side Guangzhou Evergrande for €42m just seven months after arriving, with his record for Atletico reading three goals from 22 matches in all competitions.

#3 Radamel Falcao (AS Monaco to Manchester United to Chelsea) 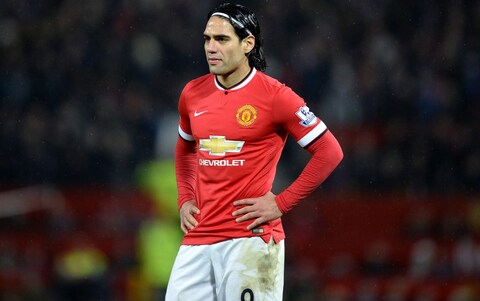 As indicated above, Radamel Falcao was almost unplayable in the colors of Atletico Madrid and was widely regarded as one of the top strikers in the world in his prime.

This prompted a record-breaking €60m to AS Monaco in their free-spending summer of 2013, but a torn ACL hampered his career in France.

Despite his injury woes, Manchester United still took a massive gamble on him by signing him on a season-long loan in 2014 and made him the then highest-paid player in Premier League history with weekly wages of £265,000.

Falcao’s Old Trafford spell was, however, one to forget as he scored just four goals from 29 matches in all competitions and was even demoted to the Under-21 squad at a point.

Chelsea seemingly saw something in Falcao to prompt another loan deal for him, but he fared even worse at Stamford Bridge and spent more time on the treatment table than the field, with just one goal scored from 12 appearances for The Blues. 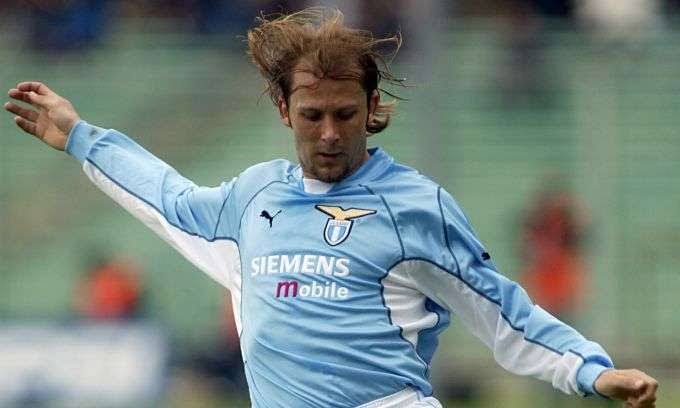 In his prime, Gaizka Mendieta was one of the premier playmakers in the world and starred with Valencia for eight seasons between 1993 and 2001, playing a key role in the successes enjoyed by the club at this time.

His form expectedly led to a lot of interest from abroad and in the summer of 2001, Italian side Lazio made Mendietta the subject of a €47.7m transfer which made him at the time the sixth-most expensive player in history.

The Spaniard was signed to replace the departing Juan Sebastian Veron and Pavel Nedved, but he failed to step up to the plate and massively struggled to come to grips with the physically demanding Italian Serie A.

He departed Rome after just one season first for Barcelona and then for Middlesbrough, with the Teesside club making his move permanent after one year with no transfer fee involved. 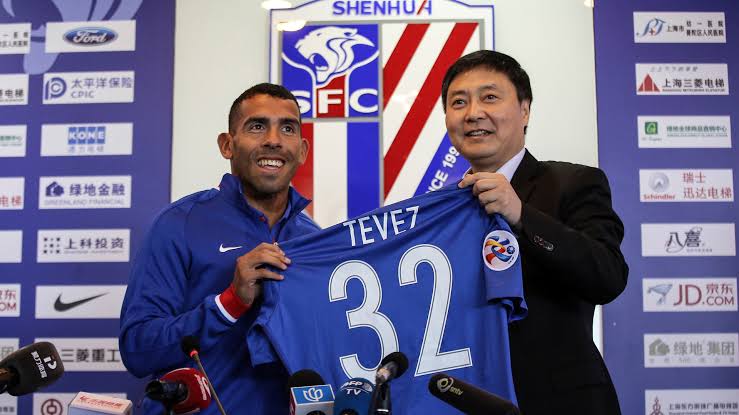 The Chinese Super League has seen a massive influx of global superstars in the last few years after the injection of huge cash to increases its popularity and the league landed a big score when Shanghai Shenhua signed Carlos Tevez in December 2016 for a fee reportedly worth €56m.

Unconfirmed reports also put his salary at about €600,000/week which would have made him the highest-paid player in the world.

Carlos Tevez, however, faced criticism for being overweight and his lack of commitment and he ended his spell in China with just four goals from 20 matches, later describing his time in the Oriental land as a ‘holiday’.