Is Atlanta Falcons the biggest disappointment of NFL 2020? 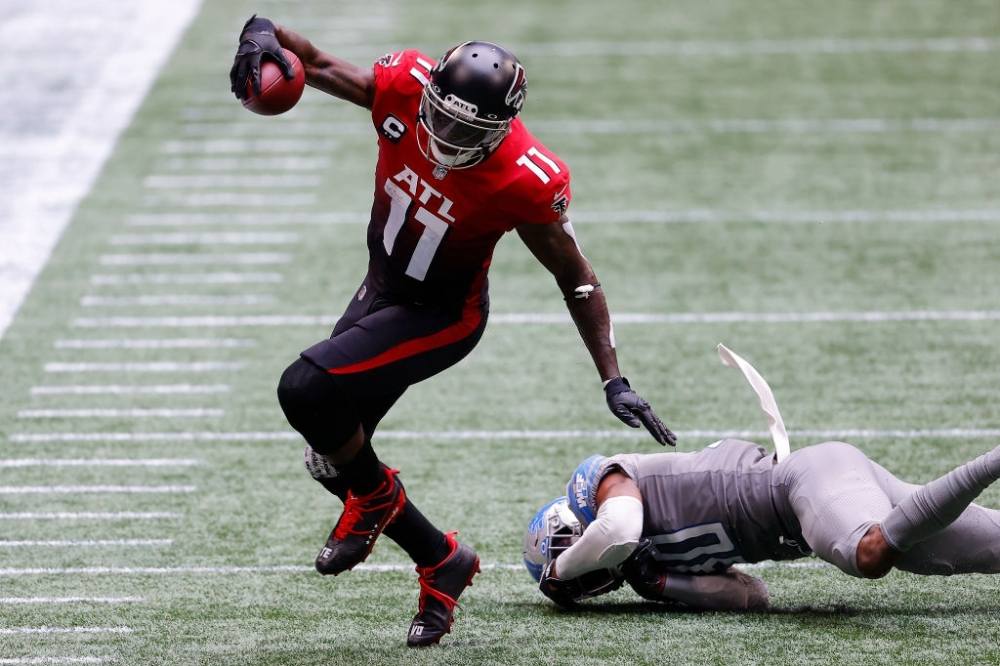 Despite having strong receivers, the best quarterbacks, and top players, Atlanta Falcons are the biggest letdown of the 2020 NFL season. No one can beat them as pure football disappointments of this year. Besides, they had the classy coach Dan Quinn.

However, injury also played a significant role in their 1-6 standings. Yet, they have enough big players who could easily turn the game. For example, Julio Jones, Matt Ryan, and Calvin Ridley ultimately failed to save the defense.

On the other hand, Dan Quinn should also take responsibility. We will try to analyze why is Atlanta Falcon’s lagged behind this season.

What is Dan Quinn’s input for Atlanta Falcons?

Quinn started his coaching career in the early 2000s with the 49ers. Then he coached Dolphins, Jets, and Seahawks. His success came under head coach Pete Carrol for Seahawks in Super Bowl 48. It helped in Quinn’s move to Falcons head coach.

Dan Quinn started with the Falcons in 2015. Although Quinn had a great start as the first season, Falcons saw a 5-0 start, which was the best in 4 years. But, from the sixth game, they decline, which results in eight lost in the last 11 games. And the end of the season, they stayed at an 8-8 record.

However, Quinn did improve the Falcons’ performance in 2017, where Atlanta Falcons reached the Super Bowl but failed to win. They lost it against New England Patriots by 34-28. Moreover, that was a hell of a competitive game.

Falcons also did well in the following season. Their journey in NFL 2017 ends with the loss to the Eagles in divisional playoffs. After that, Falcons could get an impressive season, and finally, in 2020, they are sinking on the point table.

Is it Dan Quinn or something else that pushing the Falcons to the backward?

Well, we will know in the next games as Atlanta Falcons fired their head coach Dan Quinn, and Raheem Morris is the new acting head coach.

However, the performance might depend on the next coach. So who is going to be the head coach of the Falcons?

Who can be the best Dan Quinn replacement?

Atlanta Falcons are hunting for the next head coach who can pick them up from this situation. However, I have researched who is available or who can be the best pick for Atlanta. To me, Eric Bieniemy is the first choice, which is Chiefs, offensive coordinator. Falcons could pick either defense or offense to boost up their team. Bieniemy is waiting to get a call from a team to become a head coach, who is a current offensive coordinator of Chiefs. So, if the Falcons consider getting an offensive coach, Bieniemy could be the first contender.

On the other hand, if they want to go for defense, Joe Woods can be their man. Woods had a great track record at 49ers under Kyle Shanahan. Woods is currently working for Cleveland Browns as a defensive coordinator, where he is showing his power. With his influence, energy, and experiences, he brought a fresh perspective to the Cleveland team. Therefore, the Falcons can get their team a pace with the help of Joe Woods.

My third bet is Robert Saleh, who is the 49ers, defensive coordinator. Saleh’s techniques are the same as Quinn, which can improve easy adaptability to the Atlanta Falcons’ players. Besides, His motivational skill can pump up the entire team.

Hence, I was in the Falcons management, and I would have picked any of these three masters.

Is Atlanta Falcons going to be the biggest disappointment of NFL 2020?

After 1997, this is the first 1-6 stats for Falcons. NFL 2020 is over for the falcons. There is no way that they can get back into the game. Besides, without a head coach, they are aimless now. Falcons had faced this kind of uncertainty in 2007, and the nightmare comes back this year again.

From the beginning of the season, there was no confidence among the players. Besides, the team’s best players are not coordinating and could not give their best or some lack behind due to injury. The only win came against Viking, and there yet to compete with some other big teams.

It would have been considered for other underdog teams if they had lost like that. But for falcons, it is a nightmare for all. So far, Atlanta Falcons are the biggest disappointment of this season’s NFL.

It is high time for them to prepare for the next season, put all the mess together, and have a fresh start.

Who has a greater chance to win the AFC East division?
Steelers vs Ravens: NFL’s number one rivalry