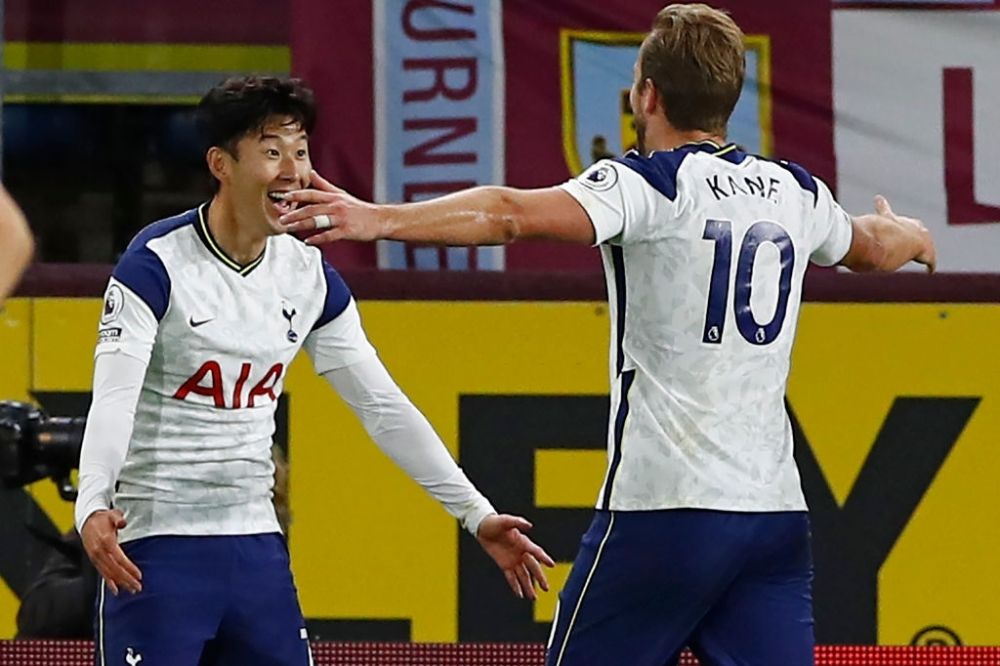 The Kane and Son combination has been unstoppable this season, could they be the difference-makers for Jose Mourinho’s team?

When Harry Kane flicked a corner by Erik Lamela for Heung-Min Son to score the winning goal in the 1-0 victory over Burnley, it was the England striker’s eighth assist from just six Premier League matches this season.

Remarkably, it was the NINTH time that the two men had combined for a league goal in the campaign and attention has turned to where they rank among the greatest duos in Premier League history.

By all indications, Harry Kane has always gotten the adulation and accolades that his otherworldly talents deserve, but Heung-Min Son has not been in the discussion when the subject of best Premier League players is broached, despite performing at similar levels to some of the players usually mentioned.

This season has been vastly different and the South Korea international has started the campaign like a house on fire. 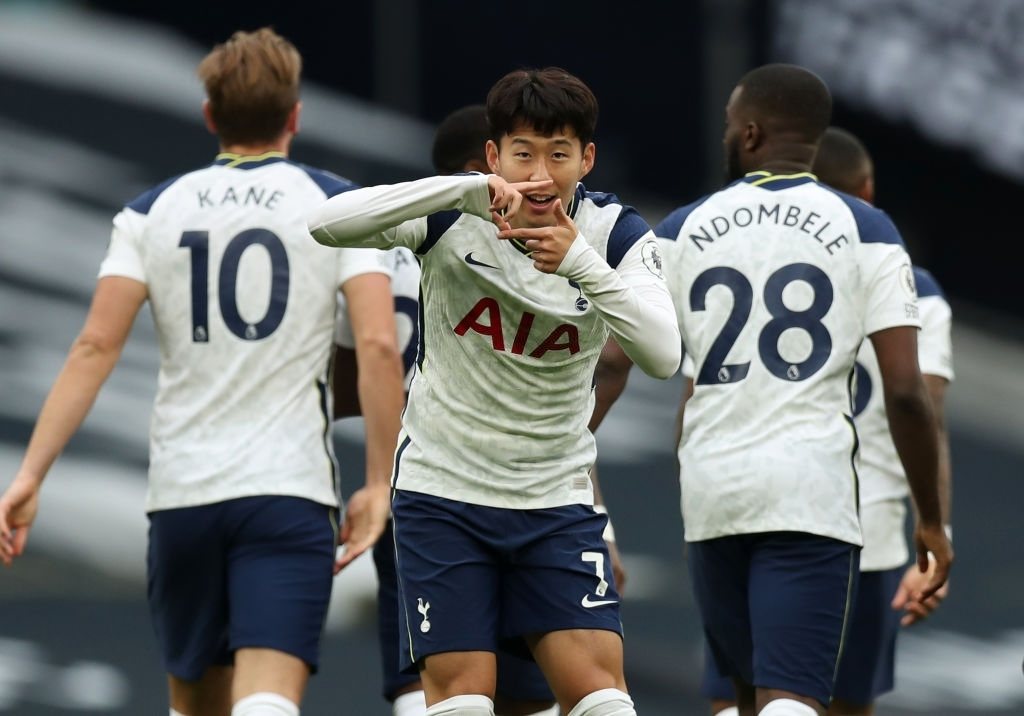 Son is setting the pace in the Golden Boot race

He already has eight goals, leading the way on the scorers’ chart, while he has also added two assists to boot and is undeniably among the best players in the early part of the Premier League this season.

The 28-year-old has benefited immensely from a change in tactics by Jose Mourinho that has fully utilized his ability to run off the shoulders of defenders and between the lines.

Despite being a prime goalscorer of immense proportions, Harry Kane is also an excellent passer of the ball, and having been underutilized in the last few years, this part of the England international’s game has been fully exploited by Jose Mourinho.

It is not an uncommon sight to see Kane drop back into midfield during Tottenham games to influence proceedings from deep – similar to how Messi operates at Barcelona – while Son runs in behind the defenders to devastating effect.

This has resulted in a personal best of eight assists this season, which puts him in good stead to win the Playmaker award at the end of the campaign.

The Kane and Son combination is responsible for 13 of Tottenham’s 16 league goals this season, while their direct goal combination of nine is just four short of the all-time record of 13 set by the iconic ‘SAS’ partnership of Alan Shearer and Chris Sutton as Blackburn won the title in 1994-95.

However, the record came in the final 42-game season, while Kane and Son have just 38 matches but despite this, if the pair can keep up their impressive numbers, it is surely a matter of time before they smash the single-season record.

The goal against Burnley was also the 29th time the two men had been directly involved in a league goal with one another, putting them joint-second on the list (alongside David Silva/Sergio Aguero and Thierry Henry/Robert Pires) of all-time goal combinations in Premier League history.

This leaves only the Chelsea duo of Frank Lampard and Didier Drogba ahead of them on 36 goals/assist combinations for the Blues.

Ever since joining Tottenham in 2015, Heung-Min Son has shown a connection with Harry Kane but this season has seen the combination reach almost telepathic levels.

Whereas in the past Kane had always been on the receiving end of passes, this season has seen a reversal of the trend and their standout performance came in the 5-2 whitewash of Southampton on matchday 2 where the Spurs number 10 became the first player in history to assist a single-player four times in the same PL game. 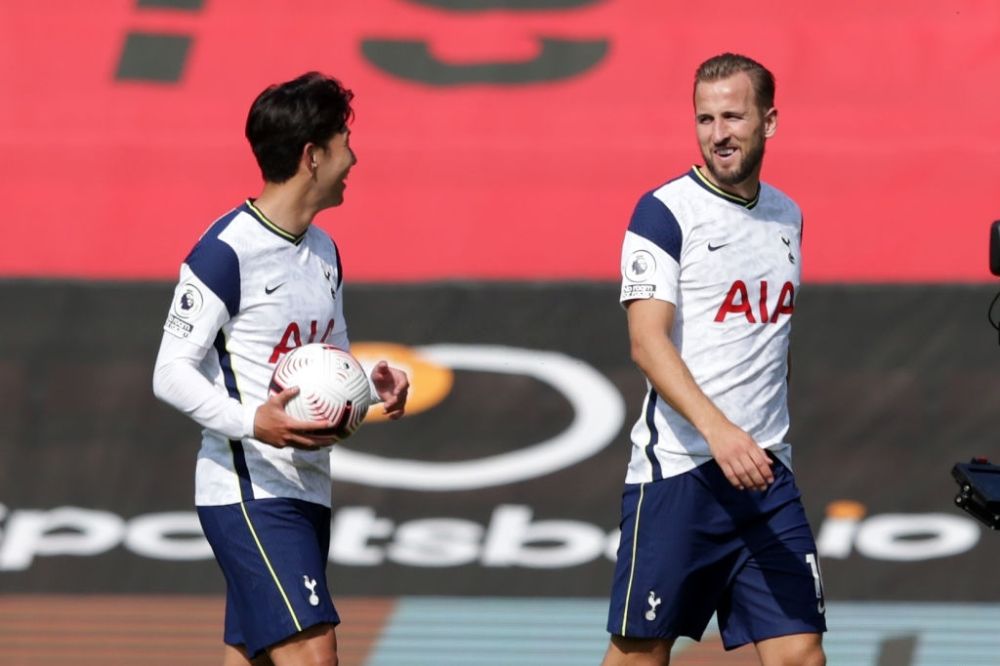 Harry Kane and Son have been unstoppable this season

Can the Kane and Son combination fire Tottenham to glory this season?

When Jose Mourinho was appointed as the Tottenham manager in place of the hugely popular Mauricio Pochetino, it is safe to say that the decision was not a universally popular one.

However, the former Chelsea coach has been a serial winner throughout his managerial career and he has gone about his rebuilding job at Tottenham with minimum fuss.

Despite the congested nature of the campaign in general and Spurs’ in particular, the LilyWhites are still punching above their weight and are currently the highest-scoring team in the PL, a major departure from the static and boring football expected under Mourinho.

In many ways, their performance is down to the brilliance of Kane and Son and this has gotten fans dreaming of the heights their club could reach this season and if the duo can remain fit (especially Kane), there could be no proverbial glass ceiling for the north London side.

The signing of Gareth Bale was very much a hit-or-miss one and while the Wales international might have been frozen out of Real Madrid for the last year, he is still a genuine game-changer that could complement the aforementioned duo.

The current Premier League season has witnessed several upsets and unexpected results and this was to be expected, given the hectic fixtures list and minimum recovery time from last season owing to the COVID-19 pandemic.

The absence of fans on the grounds also gives visiting teams an edge and this most peculiar of seasons promises to be one of the most dramatic in history.

In many ways, the underperformance of the usual favorites could pave the way for one of the rank outsiders to win a maiden Premier League title and if the Kane and Son connection can keep blazing the trail, this could very well be Tottenham’s season to shed that underachievers tag.

Donny van de Beek will get his chance: Solskjaer
Josep Maria Bartomeu: Can Barca secure a perfect replacement after his exit from the club?