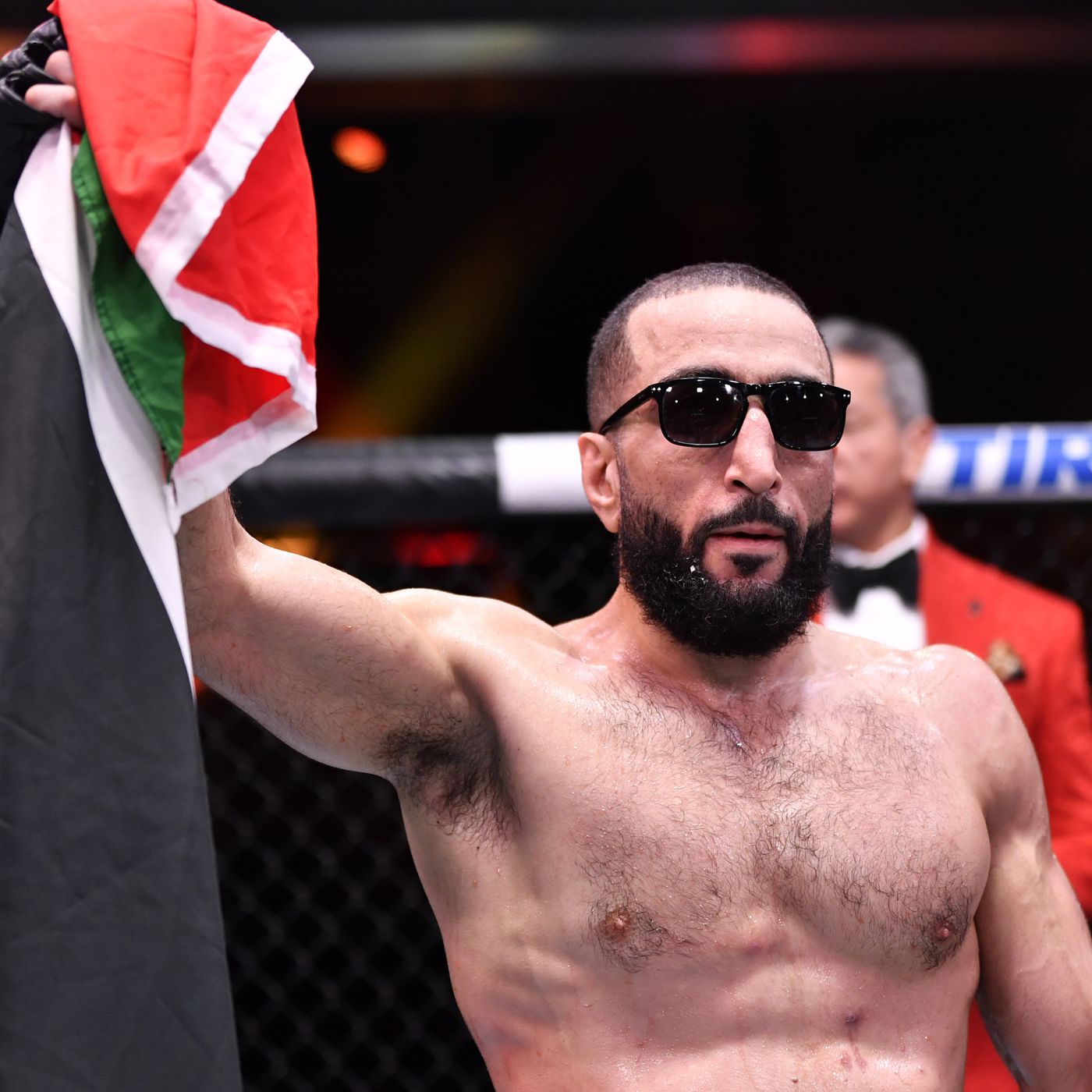 Belal Muhammad has taken to social media to poke fun at Conor McGregor. In a recent Twitter post, Nate Diaz has shown his irritation with the UFC for not getting him a fight. In addition to that, Diaz has also said that he does not wish to wait around for the McGregor trilogy fight.

Fresh off his win against Vicente Luque, Belal has been very vocal on his socials lately. As such, the Palestine-based fighter chimed in to Diaz’s post with a snarky comment. “Let’s go jump Conor,” says Muhammad.

If you’re confused as to why #5 ranked welterweight Muhammad is trolling McGregor, let me explain. For those who do not know, Belal Muhammad, along with Anthony Smith works as an analyst for the UFC from time to time. In a video posted by McGregor, he tunes into their segment and laughs at them, zooming in on Belal in particular. Safe to say, they’re not on the best terms ever since. 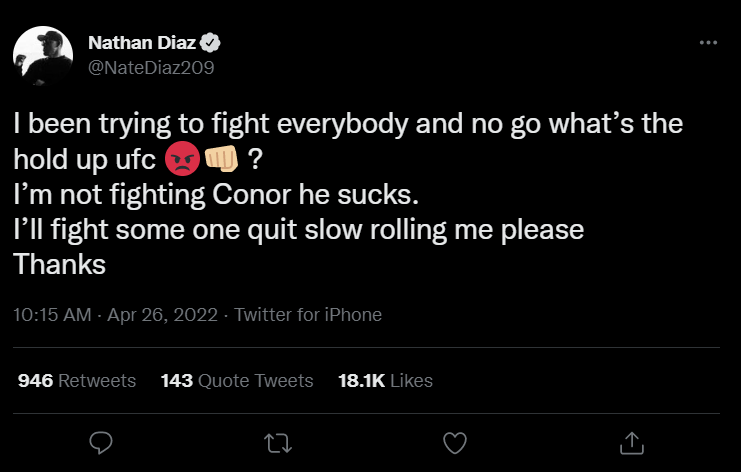 Whilst at first glance, the tweet may seem normal, there is also another underlying context here. Specifically, one in relations to a potential next-fight and #1 contender, Colby ‘Chaos’ Covington. Recently, following his victory over friend-turned-bitter rival Jorge Masvidal, Covington was partying in Miami. Shortly, Colby was physically assaulted by a masked individual believed to be Masvidal.

The incident was quite disturbing for Covington who has been out of the public eye ever since. Additionally, Muhammad has been constantly  challenging Colby for fight, to no response. Following a narrow second defeat to the champion Usman, Covington is biding his time for a third shot at the title.

In the meantime, the welterweight division is full of exciting prospects and some interesting potential fights. Whether Belal will get his wish to fight Covington, is still up in the air. Covington is also keen on fighting Dustin Poirier, with the latter moving up to 170 lbs.

Who would you like Belal to fight next? Colby or someone else? Leave your thoughts in the comments below.