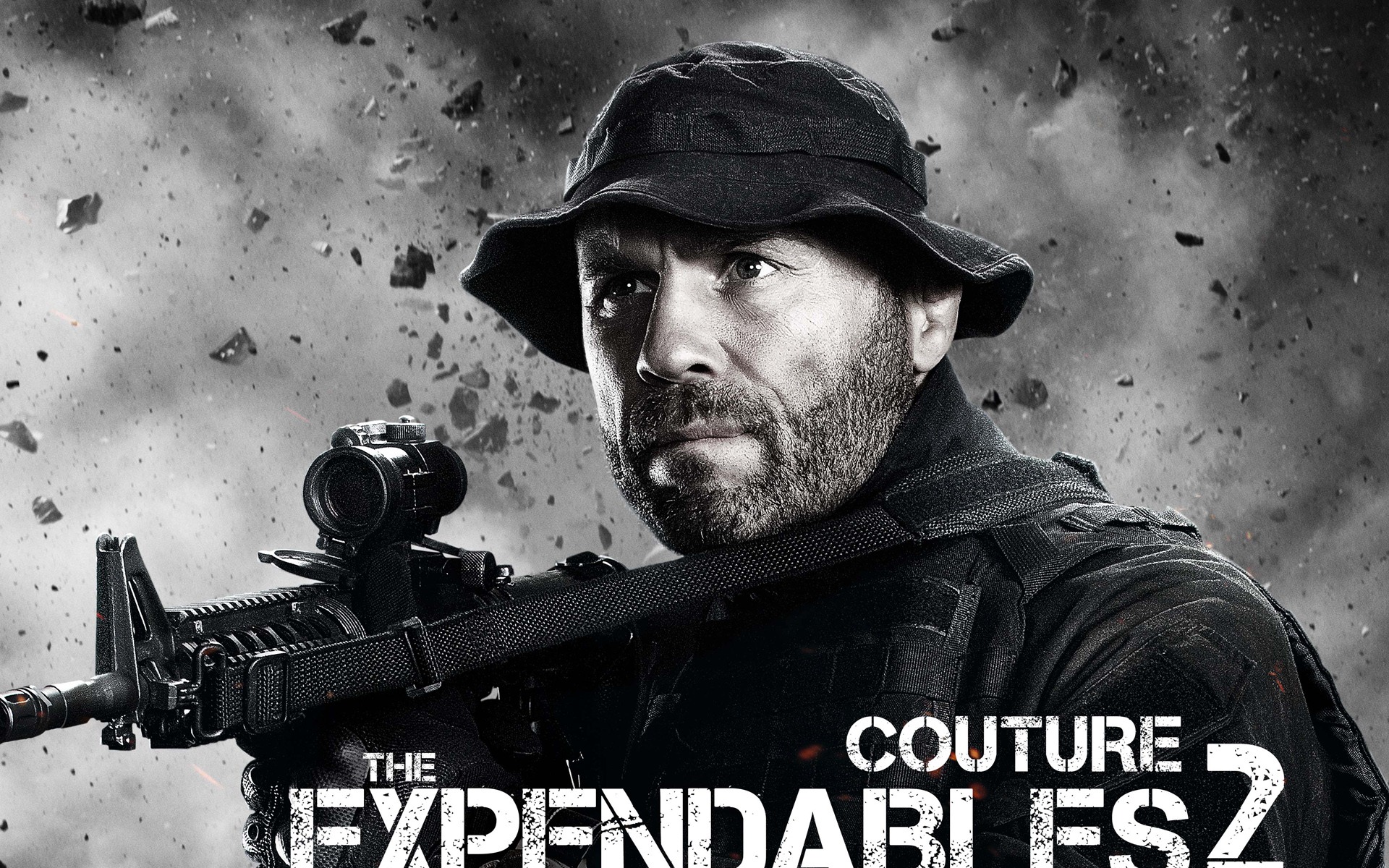 The most important requirements for action movies are big, muscular men, and where better can they be found than MMA fighters turned actors. The fighting machines inside the octagon have tried their skills of expression while relying on their bulging muscles to make it big in Hollywood.

Like WWE superstars, MMA fighters have mostly starred in action-related films, but unlike the former, not all of them have found near-enough success. WWE has a huge production house and millions of dollars to spend on its superstars.

MMA fighters, on the other hand, have ventured out independently to look for directors to cast them. Some have been found by big production houses and were roped in as part of the ensemble cast.

Others, unfortunately, struggled in B-movies and cheap knock-offs before fading into oblivion. The need to express emotions on the screen being an important factor, some of these punch-drunk fighters missed out.

Although, the octagon rewards generously to the winners, Hollywood offers movie signings and a chance to be on-screen. An offer too lucrative to let slide, these fighters did the jump from octagon to Hollywood.

Thus, today we look at some of the MMA fighters who turned actors to try their luck in tinsel town. 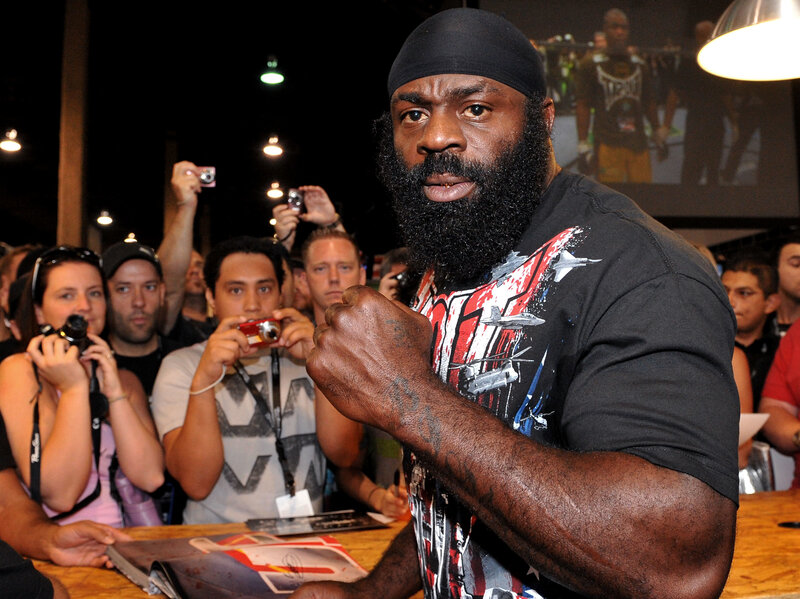 Kevin Ferguson was born in an impoverished family in the Bahamas with little means to get around. Growing up in Miami, he would often take part in street fights with his impressive skills and limbs taking the internet by storm.

His videos soon started doing rounds in Youtube and following enormous struggles and immense stroke of luck, Kimbo Slice had a breakthrough. Kevin “Kimbo Slice” Ferguson was signed in by the brands like UFC and Bellator where his skills found a global platform. Slice went on to fight 7 matches inside the octagon.

Following his terrific success in-ring, he was a potential big name for Hollywood. His first step into movies happened with ‘Merry Christmas, Drake & Josh’ where he played the role of Bludge.

Taking part in 6 movies in his career, Slice was one of the MMA fighters turned actors people loved to cheer for. His tragic and untimely death in 2016 cut his career short, which could have someday placed him in the Hall of Fame, had he lived.

Cung Le was a kickboxing star in the MMA and had made quite a name out of himself. This was until 2015 when he was forced to quit his job at Mixed Martial Arts.

Upon being accused, although wrongly, for the usage of drugs that improve performance, Le quit MMA. However, he had his wish ready to make a return in his fave genre later.

His debut happened with the portrayal of Marshall Law, in the movie adaptation of the Namco game, Tekken. The movie was not impressive at all, however, Le put his heart and soul in portraying a character loved by all.

In Hong Kong, he starred in a fight scene against the well-known Chinese martial artist/ actor, Donnie Yen, named Bodyguards and Assassins. He was also cast against the icon, Jean-Claude Van Damme in the movie Dragon Eyes.

Le received the most praise for playing the role of a mob boss of the underworld in the film, The Man With Iron Fists. Le is one of the MMA fighters turned actors who may not be known too widely yet, but he will be recognized soon enough.

#Quarantine #movie watch list. 1) Pandorum 2) Dragon Eyes 3) The Man with the Iron fists. Which one have you seen? pic.twitter.com/I6m2WonWUO 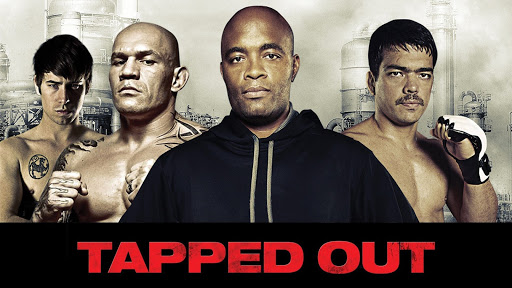 The Spider is among the greatest fighters the octagon has ever seen, in every sense of the term. One of the longest-reigning champions, Silva has achieved it all, inside the ring.

However, he has not yet found sufficient success in the big screen despite his attempts. His screen presence has been mostly limited to direct-to-DVD releases and documentaries.

Silva had his first noticeable role as Spider in the action-flick Hell’s Chain. His other roles included martial arts-themed movies like Tapped Out and Never Surrender.

These were mostly knock-offs of big movies and they made little business. He was properly given screen time in the documentary Like Water, where his character as one of the greatest was put under the microscope.

He played a part in the drama called Monday Nights at Seven. His last movie was in 2019, where he played an assassin in Invincible Dragon.

The behemoth with a sweet nature, Bob Sapp is a rare mix of bulging muscles and childlike innocence. This 350-pounder has the physique to portray bodyguards of mafia bosses or ultimate villains.

Instead, he was cast as the dull yet genial goliath in Adam Sandler’s drama based in prison, The Longest Yard. His bumbling nature coupled with his hulking physique made him adorable to watch.

His next was in Rob Schneider’s movie of a similar genre, Big Stan, and it can be said with somewhat guarantee, Sapp knows these roles throughout. He also played meaner characters as the villainous lieutenant in the reboot of Conan and Hammerman in 2009 action movie, Blood and Bone.

The wholesome presence of Sapp on the screen makes it a delight to watch him, unlike some MMA fighters turned actors who seem to be forcing themselves. 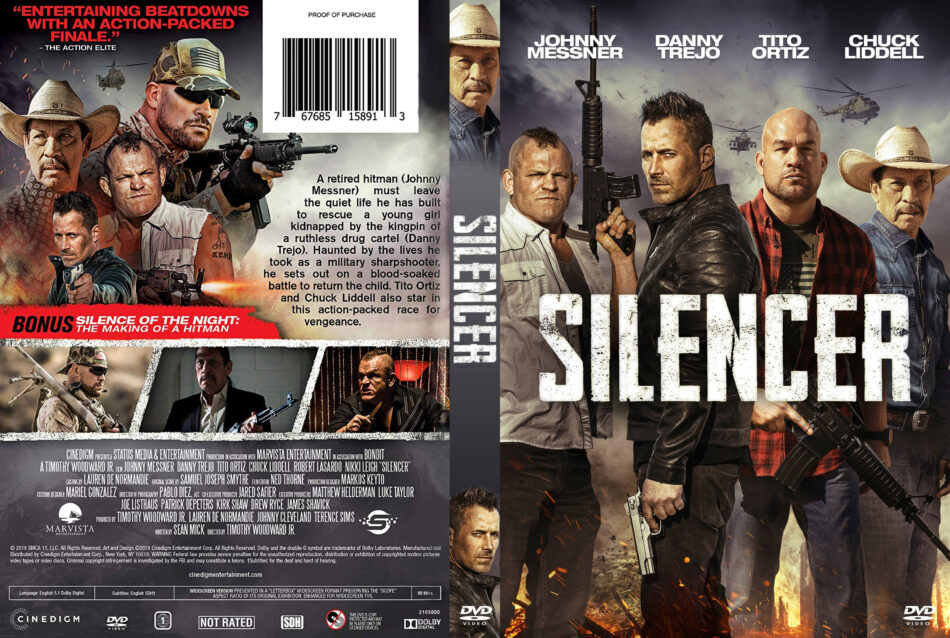 The Hungtington Beach Bad-Boy is globally famous as one of the best fighters the world has witnessed. One of the longest-reigning champions, this former light heavyweight champion has done wonders inside the octagon.

Ortiz is known for being the eccentric, bad boy which has earned him an enigmatic figure in the UFC. Riding on this persona, Ortiz was signed on as a fighter against Jet Li in the movie Cradle 2 the Grave.

Although Ortiz was stomped worse than some of his matches in-ring, this is the most successful movie he has been a part of. Apart from Cradle 2, he participated in many other films, though none of which were hit.

He has also made a name for himself, acting in television series where he normally plays himself. He had roles to play in the series like Hawaii Five-0 and Bones which have garnered quite the success.

One of the best MMA fighters who turned actors, Liddell had little difficulty finding series and movies to star in. This was possible due to his amazing background in the octagon.

He also had a short part in the 2013 comedic superhero movie Kick-Ass 2. He has appeared on reality television like Dancing With The Stars season 9, although he did not go too far in the competition.

In 2015, The Iceman was cast in the multi-starrer War Pigs opposite Dolph Lundgren and Mickey Rourke. Liddell has raised some eyebrows on the big screen opposite such big names.

The greatest woman fighter to step foot inside the eight-sided ring was unstoppable as a freight train from 2011 to 2015. Destroying through her opponents like child’s play, ‘Rowdy’ Ronda was in a roll.

Although, her career in UFC took a hit and it went downhill, but she was quickly signed into the ensemble cast Expendables 3. Given her star-status and cross-dimensional fame, Ronda did not face much struggle finding work in the silver screen.

After a less than satisfactory performance by expendables 3, she was offered smaller roles in Fast and Furious 7 and Entourage. She also hosted the SNL in 2016 and was additionally cast in the remake of Road House by Nick Cassavetes.

Ronda’s role as a fight instructor in Charlie’s Angels was rather impressive. One of the longest reigning UFC champions has a shining career in the movies, ahead of her. Ronda joined WWE so there are chances she shall soon be cast into any big project by the company. 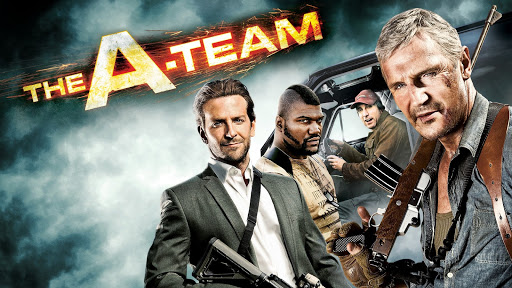 Rampage is a brute force inside the octagon with 36 fantastic victories of decimating opponents. Many die-hard fans of UFC and crazy lovers of action films, know him as Baracus from The A-Team.

The film features Liam Neeson, Bradley Cooper, Sharlto Copley and Quinton Jackson in an amazing action/adventure flick. The film is an adaptation from the book of the same name but makes it more interesting and fun.

Baracus is left to be the bulging muscles of the four men team, and the three other men are tasked with acting. Rampage shows his power while kicking a person across the room over a distance of 10 feet through the room.

For MMA fighters who turned actors, being cast in a big scale movie like this opposite such huge names of the industry is a huge honor. Rampage has quite a bright future in Hollywood, in exchange for a little perseverance.

Carano is among the ones who gathered tremendous success in Hollywood, upon leaving MMA. She found her first success in the movie directed by Steven Soderbergh that gained huge critical praise called Haywire.

Carano portrayed the role of undercover personnel escaping from trouble when she finds herself faced against Michael Fassbender in a lethal fight sequence. Her next big role was in Fast and Furious 6 where she fought bravely against Michelle Rodriguez.

Conviction, as she is better known starred in the lead role in the movie In The Blood, where she had to rescue her husband from kidnappers. Her biggest role was in the $700 million-grossing movie Deadpool where she faced off the Colossus.

One of the most beautiful MMA fighters who later turned actors, Carano has had immense success in Hollywood, while presenting her kickboxing skills. She might soon achieve global fame status given the scale of her upward arc.

The Natural from UFC is one of the best fighters in the octagon, that has been proved beyond doubt. One of the most complete fighters with so many gifts, Couture is a rare combination of strength and technicality.

Couture was added to the huge star cast of The Expendables in 2010 and his skills needed to be showcased. This movie was famous for another reason, it had Stone Cold Steve Austin from WWE as the villain’s henchman.

The fight between Couture’s character, Toll Road, and Steve Austin is one of the best on-screen, though it was rather brief. After a tough battle, Austin was doused in a fire, with the hint that he died.

Couture has featured in the following sequels of the franchise and has been a part of something this huge. It is obvious, among the list of MMA fighters turned actors, Randy Couture captures the first position due to the sheer quality of the movies he has been in.