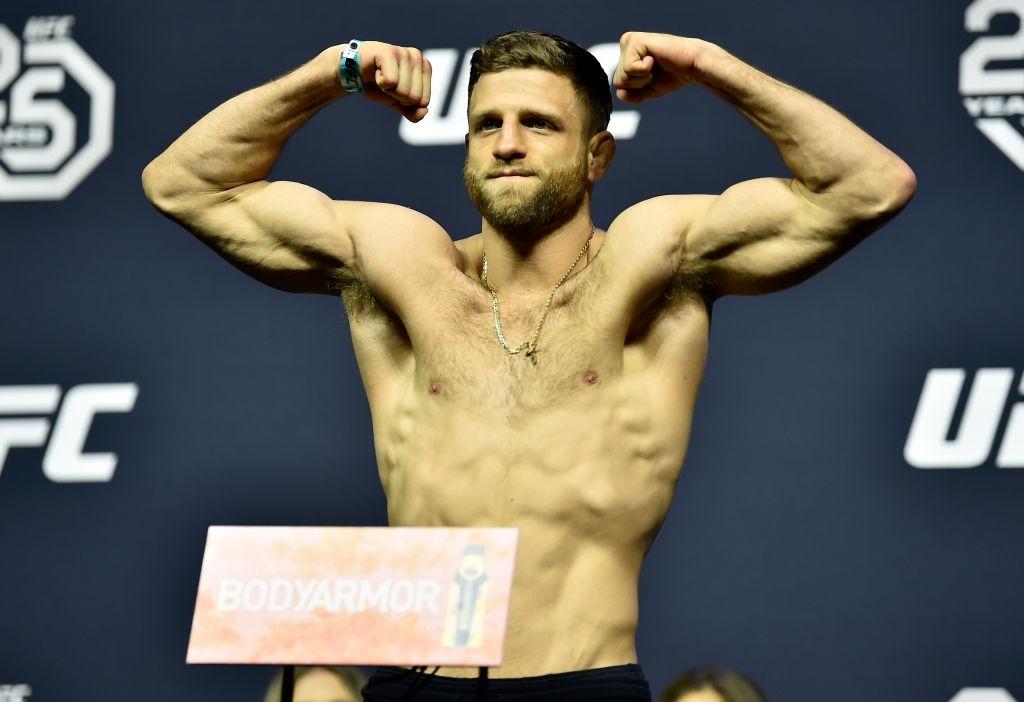 Calvin Kattar is the #5 rank contender in the UFC’s Featherweight division. Also known as, “The Boston Finisher”, he is one of the top names in his division.

After gradually climbing up the rankings, Kattar (22-5-0) became a force to be reckoned with in his division. As time went on, Calvin bested names like Shane Burgos, Jeremy Stephens, and Dan Ige on his way to the top. Despite some losses, Kattar made his way into the top 5 and will be looking to go even higher.

Known for his superb cardio and considerable endurance, Kattar is sure to have made good money from his fights. Thus, the only question in people’s minds will be: How much did he earn? Let’s examine Calvin Kattar career earnings through salary, purse, payouts, bonuses, incentive pay, sponsorship & what his net worth is. 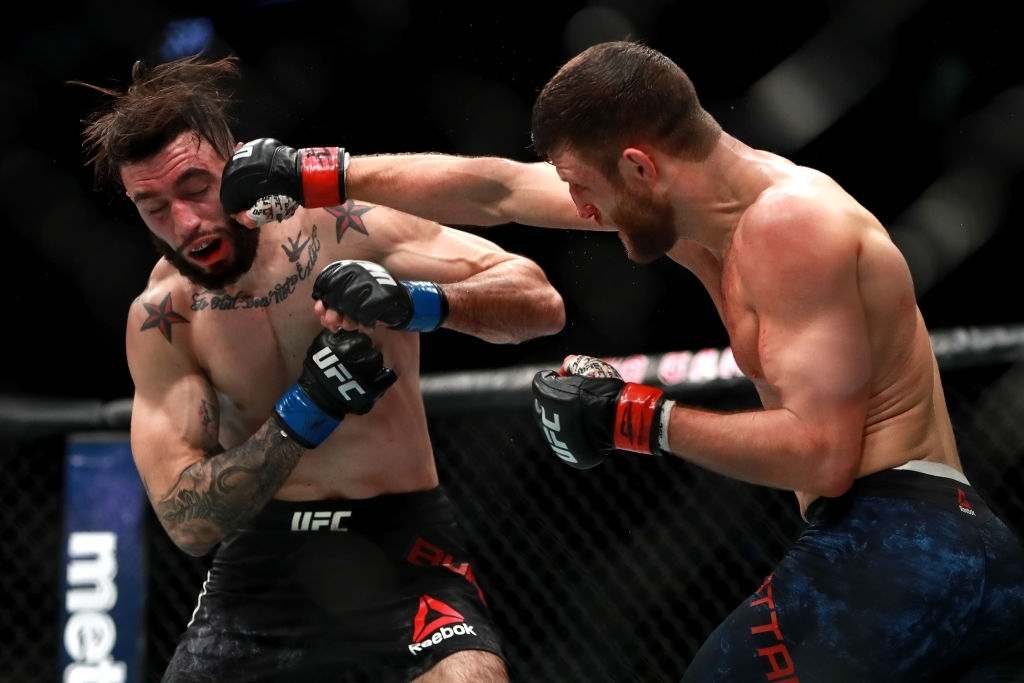 Calvin Kattar throws a punch against Shane Burgos in their Featherweight fight during UFC 220 at TD Garden on January 20, 2018, in Boston, Massachusetts. (Credits: Getty Images)

Secondly, Calvin’s salary, incentive pay, and PPV revenue from his upcoming fight with Giga Chikadze are yet to be released. Hence, you can check back here for updates. With all that out of the way, let’s begin. 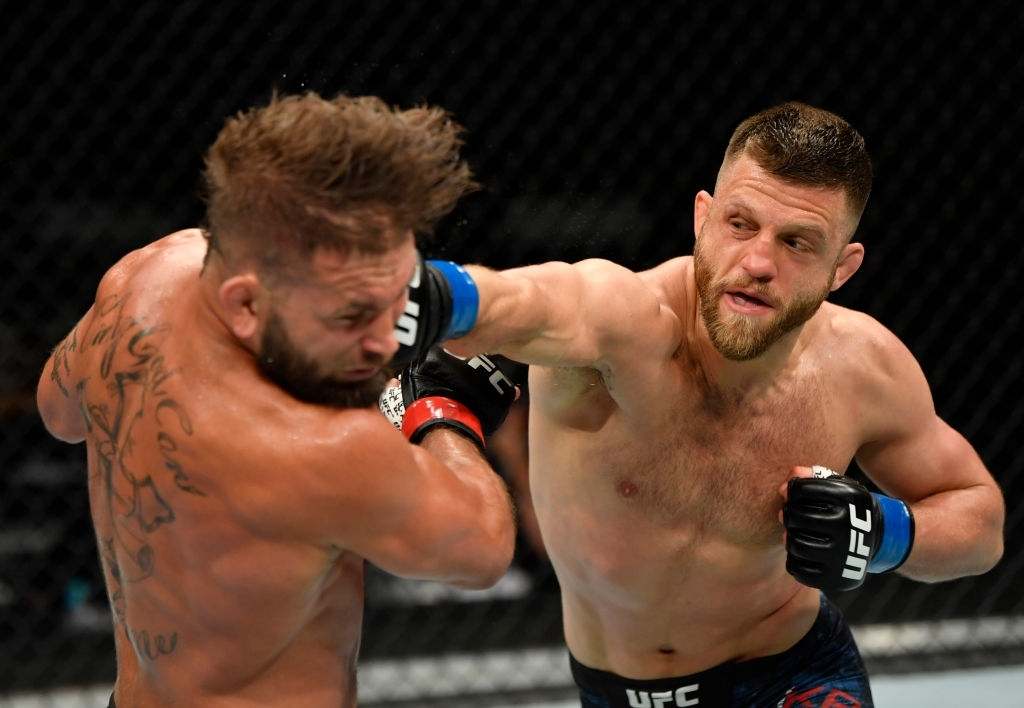 Calvin Kattar punches Jeremy Stephens in their featherweight fight during the UFC 249 event at VyStar Veterans Memorial Arena on May 09, 2020 in Jacksonville, Florida. (Credits: Getty Images)

What is Calvin Kattar Net Worth in 2021?

According to reports, Calvin Kattar’s Net Worth sits at around $1-1.5 million in 2021. For the most part, Calvin makes most of his killing plying his trade inside the Octagon but also from his lucrative endorsement deals. Currently, the American fighter is sponsored by Venum, Habrok, NATURAL EFFEX, MYBOOKIE.ag, TNNS, Hyperice, and more.

As mentioned above, Kattar’s earnings from UFC ( includes pay, salaries, earnings, bonuses) amount to $729,600. However, Calvin began his career fighting in CES MMA, CZ, XCFL, ASC, WCF, and EliteXC. Thus, if we take into account the prize money from these fights, Calvin’s total earnings from MMA amount to $1 million.

With his career still blooming, the 33-year-olds influence is expected to keep increasing,  making him a very marketable athlete. As such, you can expect a significant increase in Kattar’s endorsement earnings in the coming years. Moreover, “The Boston Finisher” will look to increase his Net Worth, even more, when he takes on Giga Chikadze at UFC Vegas 46.