Can Robert Griffin III be a better replacement for Lamar Jackson? 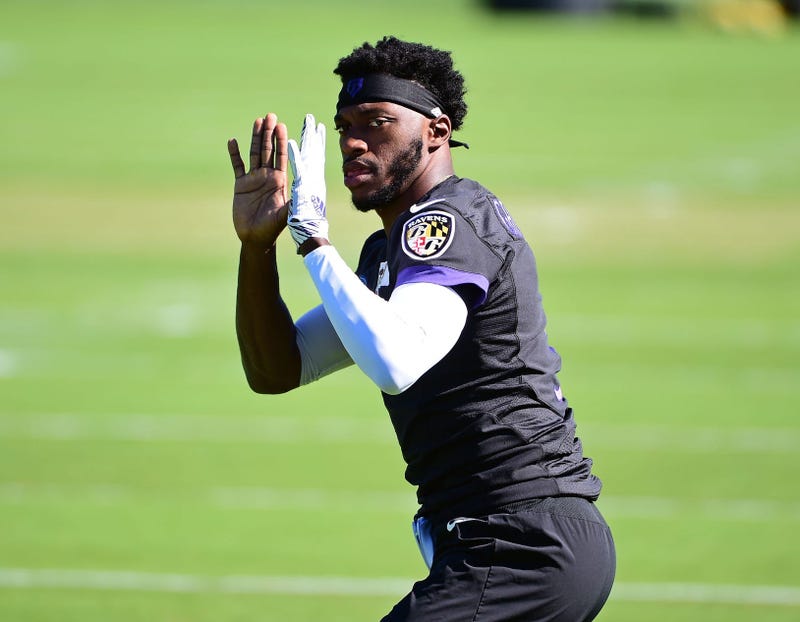 Quarterback Lamar Jackson has always been a favorite and top-notch performer for the Baltimore Ravens. But unfortunately, this player has not managed yet to show his grace in any NFL draft due to his injuries. But somehow, he used to be present in the practice sessions and the pre-game schedules which means that those injuries were not so serious that he would have to miss the main event. So, the Ravens are giving it a thought to consider Robert Griffin III who has made just one start over three seasons with the Baltimore Ravens.

And this might happen this week with the Cincinnati Bengals where the Ravens will start without the MVP. But the news is not confirmed yet and will be clear on the pre-game practice session if the coach puts some light on this issue.

Some facts about Robert Griffin III

Griffin has made just one start after signing with the Ravens in 2018. He attended the ‘Copperas Cove High School’ and was a star on the football team there. In 2012, Robert was drafted by the ‘Washington Redskins where he performed beyond expectations and secured a victory for his team over the ‘New Orleans Saints.

During his rookie season, Robert set the record for the most passes, along with the highest touchdown with ‘Offensive Player of the Week’ recognition. But things started getting worse after the successful first season due to some massive injuries. In March 2016, he was released by the ‘Redskins’ and thus signed a contract with the ‘Cleveland Browns.’ but was finally acquired by the ‘Baltimore Ravens’ in 2018.

Baltimore decided to keep Jackson away in the last season as they had formed a top playoff seed against the Steelers. This match was also important for the Steelers.  The Ravens racked up 223 rushing yards with Griffin behind center, forced a couple of turnovers on defense, and dominated time of possession.

Griffin and his earlier career

In that match, Griffin completed 11 of 21 passes for 96 yards, no touchdowns, and one interception, which left him with a paltry 44.9 passer rating. He managed to tear the defense up of the steelers. Got sacked several times but the backup players actually were in sync enough to bounce back.

When the Ravens and Griffin were in dire need of help Justin Tucker booted four field goals, and the Ravens’ defense produced a fumble recovery for a touchdown and a safety. In that game, like many of his other appearances with the Ravens, Griffin took the field in the closing minutes as Baltimore held a comfortable lead.

Though the span of performance for the Ravens is very less for Griffin, still it helped a lot to keep them moving forward. The player was once asked about his experience in the team Ravens. He replied, “I’m seven years in now, I think, and people ask me, ‘Are you in shape? Are you going to be able to do the whole game and do all that? the weight staff, the training staff, the support staff -they’ve been helping me stay ready always.”

But The guy at least has proved that he’s able to command an offense with at least some success, especially without the team’s top weapons. In the meantime, his career has seen enough peaks and valleys, as he’s gone from a No. 2 overall pick and Rookie of The Year, to out of the league in a matter some years.

His job was to back up Jackson and be ready when called, and what’s best for the Ravens means Griffin stapled to the bench. But undoubtedly, he proved that he’s got that tactic left in the tank and his number should be called.

My sources are telling me that @jamesproche3 @antoine_wesley @Dev_Duv5 have been working with Griffin III for weeks now. They also were kind enough to provide video ⬇️ https://t.co/0yISMYDmFY pic.twitter.com/xBvMMP9i8z

Griffin III as a substitute for Jackson

According to the game analysts, he’s well-suited to run the style of offense the team built around Jackson but that doesn’t really offer much of a clue as to how Griffin’s next start will unfold if it ever arrives. The offensive coordinator of the Ravens, Greg Roman said about Griffin that, “A little bit different strategy but there will be some elements that are very similar.” But no one has clearly stated the insights on Griffin till now. I guess they really are into a big surprise for the opponents.

While his performance was far from great, they were more than enough for Baltimore to continue holding on to leads and win games. Griffin simply did enough to manage the game when the Ravens asked him to, and that’s all you can ask from your backup quarterback.

So, we can say, Robert Griffin III is a perfect backup option for the Baltimore Ravens and his value to the team is worth more than this. Unless there’s an offer that blows Baltimore away, the Ravens should hold on to RGIII and the perfect backup quarterback for this team for 2020.

Gardner Minshew: The new quarterback hope to the Jaguars
Alex Smith returning to field after a long gruesome break