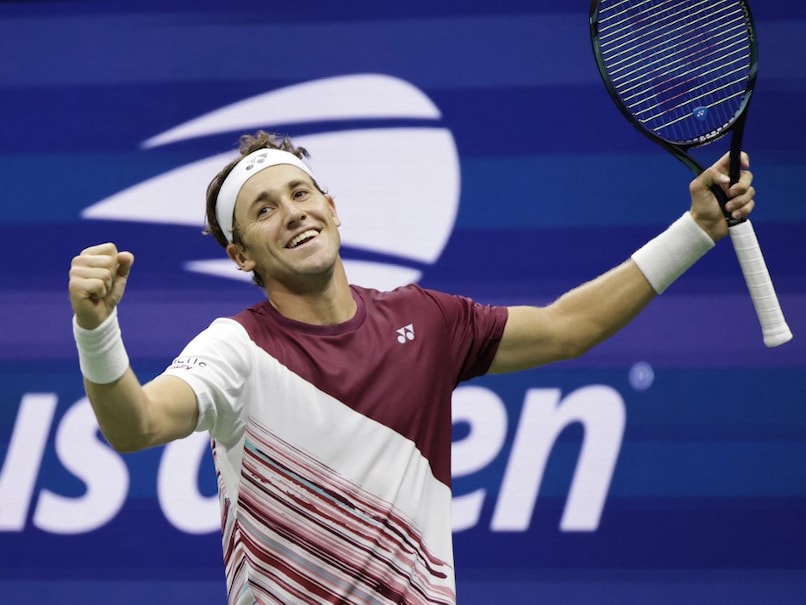 Casper Ruud made the decision to have some fun a little over a year ago after he successfully navigated a straight-sets victory at a tournament in Toronto. When given a marker to personalize the television camera, he chose to write the phrase “hard courts” in plain text and then he smiled as he concluded it.

At the US Open on Friday, Casper Ruud defeated Karen Khachanov 7-6(5), 6-2, 5-7, 6-2 to go to his second Grand Slam final, greatly increasing his prospects of reaching No. 1 in the Pepperstone ATP Rankings. The fifth seed displayed intense play throughout the three-hour match, forcing the 26-year-old into mistakes to get within one victory of winning his first major championship.

How old is Casper Ruud?

Casper Ruud family: parents, brother, sisters, girlfriend – who are they?

Christian Ruud, a former professional tennis player, is the father of Ruud and Rafael Nadal was his tennis hero as a young boy growing up in Baerum’s Snarya neighborhood in Norway.

Casper Ruud and his father Christian Ruud engaged in rivalry for a while and to “defeat” his father as a professional tennis player, Casper had a lot of benchmarks to overcome. Competition nonetheless, although one that was in good humor. 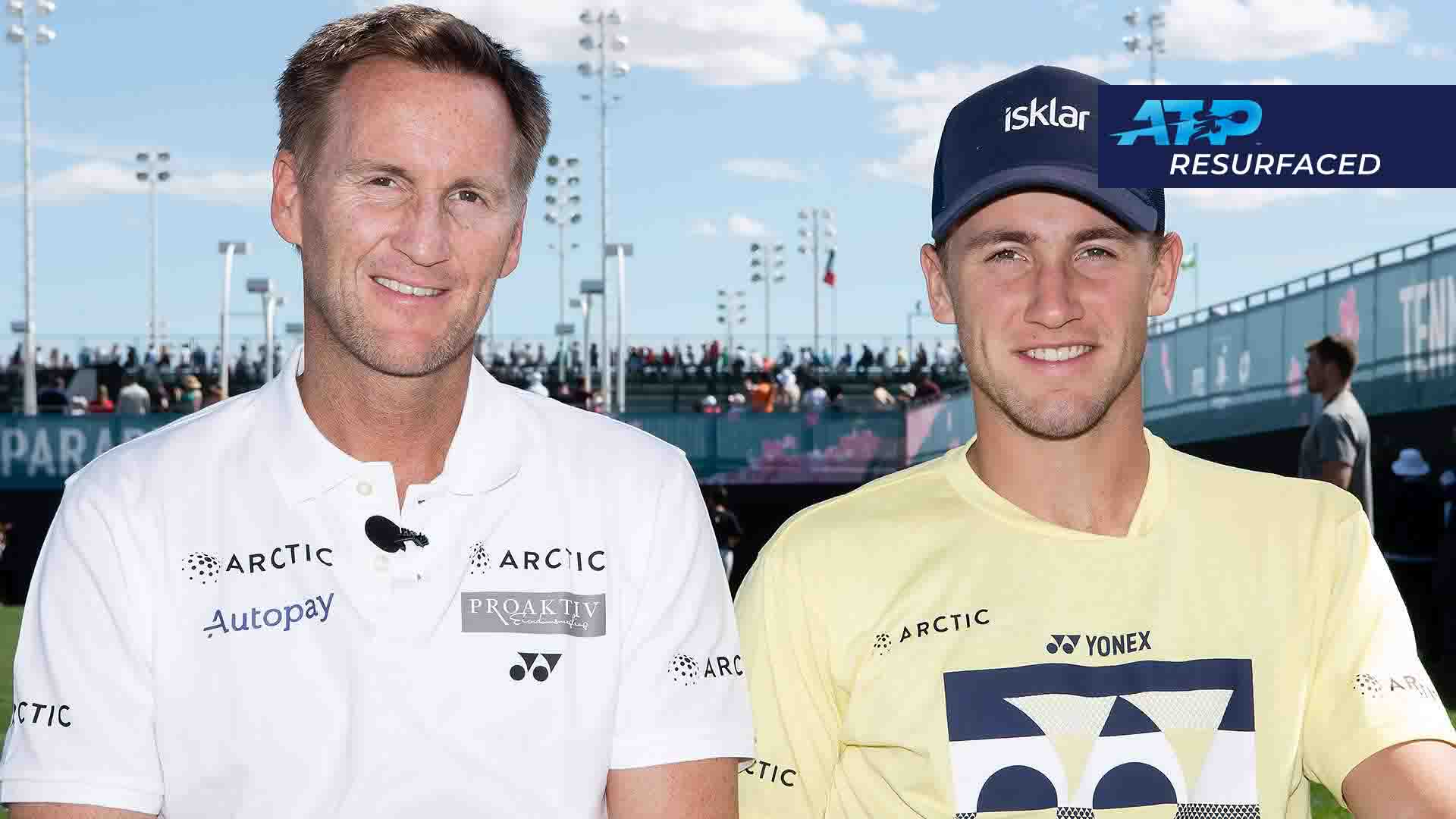 Casper with his father Christian Ruud

Both of Christian’s accomplishments—winning 115 matches at the tour level and rising as high as No. 39 in the Pepperstone ATP Rankings—are noteworthy. However, their ‘rivalry’ was short-lived.

Ruud’s Mother is Lele Ruud who is living a peaceful life along with Casper’s two sisters, Charlotte and Caroline and during Casper’s quarterfinal match against Holger Rune, Caroline was in the player’s box and was visibly upset.

Casper is fortunate both on and off the court. He has really been fortunate enough to date his stunning girlfriend Maria Galligani for more than three years. Apart from the fact that Maria studies psychology in Oslo, not much is known about her. When she can, she enjoys traveling the world with her lover. 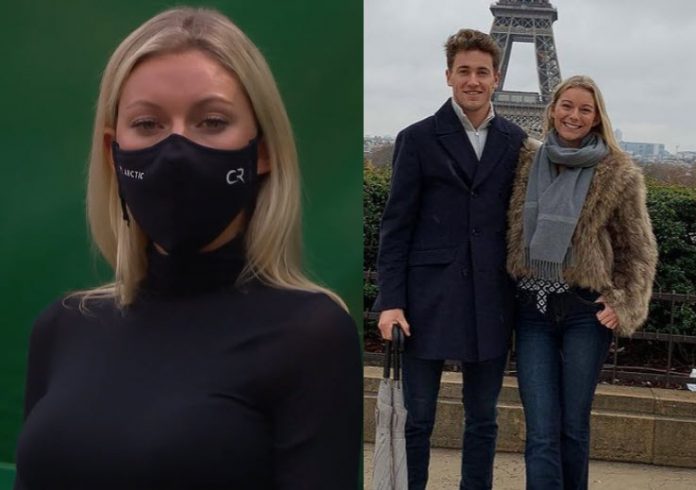 What is Casper Ruud’s current ranking?

Carlos Alcaraz and Casper Ruud now hold the top spot on the ATP Tour after Rafael Nadal and current No. 1 Daniil Medvedev lost in the fourth round of the 2022 US Open.

The third- and fifth-seeded players from Spain and Norway, respectively, have overcome that hurdle to go to the men’s singles final on Sunday. In addition to crowning a first-time Grand Slam winner, that pivotal match will determine the new No. 1 player in the world.

A remarkable and historic debut at the top of the ATP rankings is just one victory away for both Alcaraz and Ruud. Alcaraz, 19, would take the top place for the first time in the rankings’ history as a youngster. Ruud, 23, would become the first Norwegian to win a major tennis championship.

What is Casper Ruud’s net worth as of now?

Casper Ruud’s prize money from tennis competitions has helped him accumulate a net worth of $4.5 million. Casper, the top-ranked tennis player in Norway, is currently rated No. 14 in the singles ATP rankings.

Some notable business conglomerates like Arctic group, Yonex and Porsche Norge are the main sponsors of this tennis star.

Casper Ruud has received $4,039,508 in awards over his career. Ruud, who is 22 years old and represents Norway, made his professional debut in 2015. He is from Oslo, Norway and his father, Christian Ruud is his mentor. 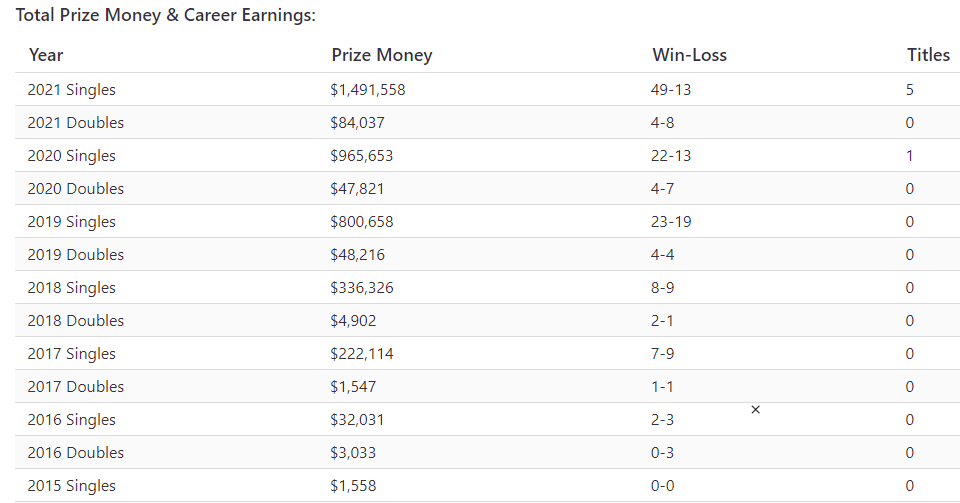 What is Casper Ruud dog’s name?

Now that Casper Ruud has made the brilliant choice to bring prime pupper Bajas on tour with him for the summer clay swing, the proverbial “dog days of summer” couldn’t be more applicable.

Bajas, a Maltese-Shih Tzu mix, was adopted by Ruud and his fiancée Maria Galligani towards the end of 2020, and he soon made his Instagram debut with the dapper username. 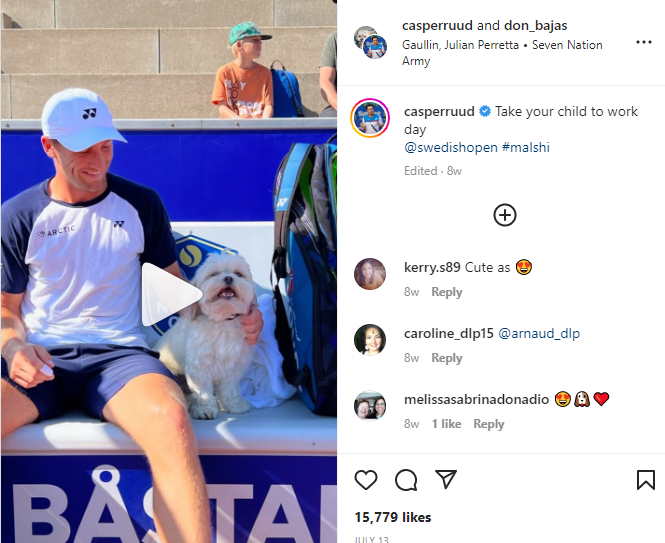 Casper with his dog, Bajas.

Papa Casper has established quite a reputation for himself on the circuit since Bajas joined the Ruud family. His first major final, which took place at Roland Garros earlier this spring, saw him come second to his idol Rafael Nadal.

In the end, Casper is currently one of the finest players in the entire globe and he is expected to depart New York as the World No. 1 and a Grand Slam winner with the victory in the grand finale.