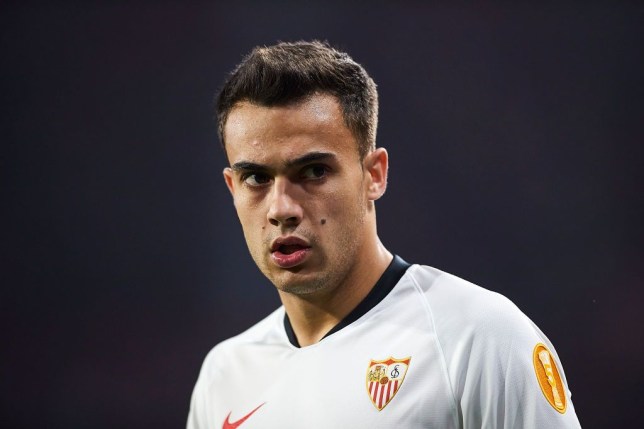 Chelsea football club are in a pool position to sign Sergio Reguilon from Real Madrid. The Spanish international spent last season on loan in Sevilla FC and returned to his parent club. The discussions have been advanced already between the clubs as per the reports in Spain.

However, Chelsea’s first priority was to sign English left-back Ben Chilwell from Leicester City. However, the Foxes asked €80 million for the defender which seemed unrealistic to Frank Lampard’s side.

Hence, the London club have turned their attention to the 23-year-old who was elected the best left-back in the recently ended 2019-20 La Liga season.

The Real Madrid youth product got featured in the 2018-19 season for Real Madrid, replacing their veteran left-back Marcelo on multiple occasions. Their former coach Santiago Solari was a great admirer of him.

But in the new season, the arrival of their current coach Zinedine Zidane made it tough for him to continue in the white jersey as the Frenchman asked to sign Lyon left-back Ferland Mendy. That decision made him bound to go on loan as the current La Liga champion was keen to give him enough opportunities elsewhere.

Later under Julen Lopetegui, the defender gave an impressive performance during the whole season with 31 league appearances. With such abundant opportunities to play, Reguilon turned into a much more developed and skillful left-back.

Also, Sevilla would prefer to keep Reguilon through a permanent deal as well. But Frank Lampard’s new season project and the vast opportunities in Stamford Bridge looks lucrative to the Spaniard. Hence, he would prefer to make a move to the Premier League.

His agent Kia Joorabchain is now continuing talk with his long-term adviser Borja Couce to accelerate the deal.

Chelsea football team have already bought Timo Werner from RB Leipzig and Hakim Ziyech from Ajax. After their loss against Arsenal in the FA Cup final, Chelsea’s defensive fragility came into the limelight yet again.

That’s why Frank Lampard is planning to renovate his defensive line with some new signings.

Inter Milan complete signing of Alexis Sanchez from Manchester United on a three-year deal
Adama Traore transfer saga: Can he fit at Liverpool?