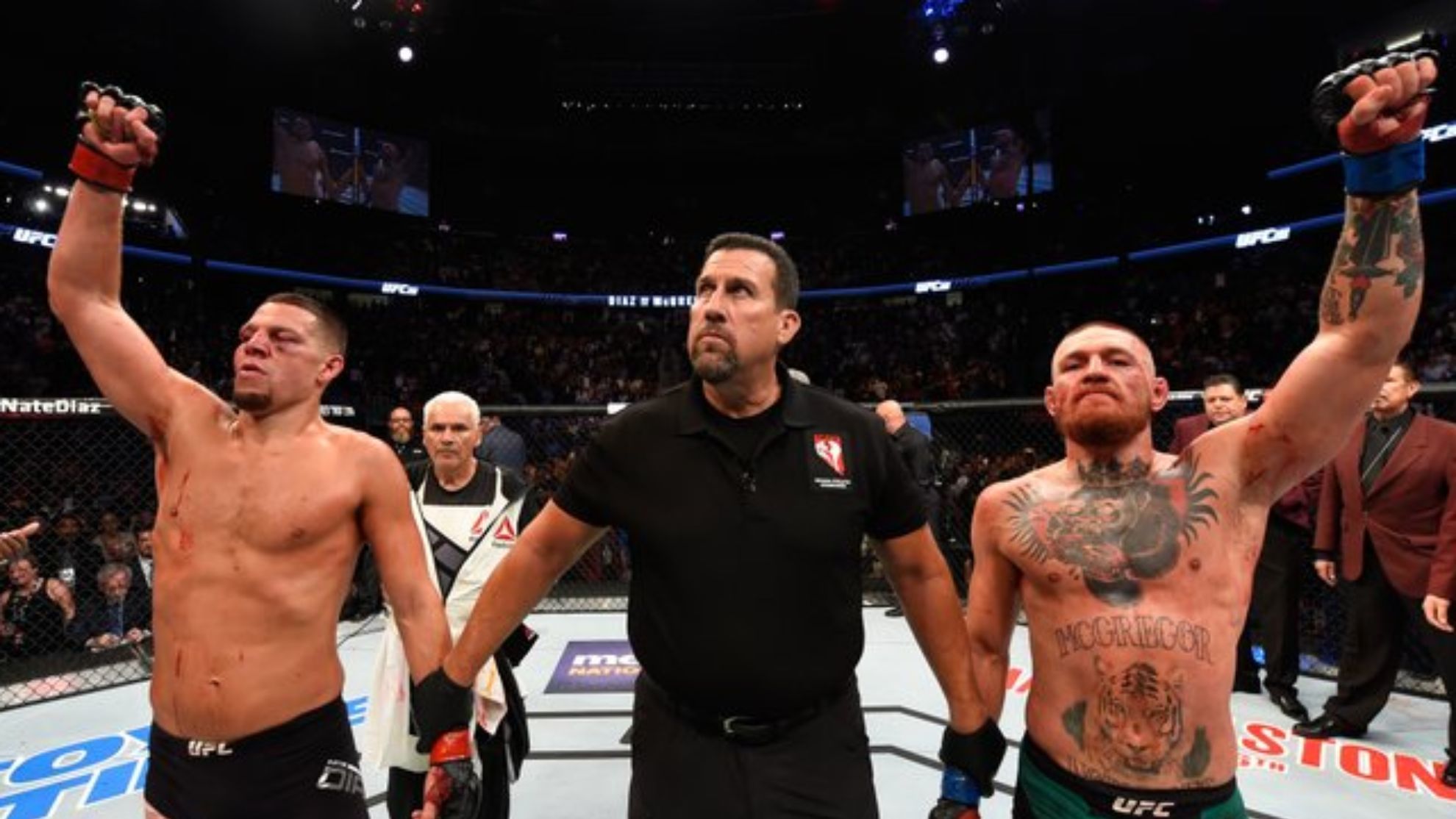 Earlier Conor McGregor shared his thoughts on his rival’s final contractual fight at UFC. Also Conor McGregor teased about possibility of a trilogy. That being said the latest tweet of McGregor leaves fans at puzzled.

The Irish mystic mac, Conor Anthony McGregor started his career at 2008. After the UFC world tour/Mendes fight Conor McGregor made a name of himself. And somewhere in the middle of the two Diaz fights and the Alvarez fight he became the most famous MMA fighter of all time.

But After 2020, Conor’s fight with Dustin Poirier, he received a vital injury that still remains. Conor Mcgregor said regarding his injury “Very good. It’s getting there day by day.” Though it’s really tough to say when Mcgregor will come back from his injury but his recent activities on social media is giving fans something to look forward to.

Conor McGregor said on his twitter, “Congrats Nate Diaz on making it to the end of his contractual obligations with the UFC, and as a bona fide superstar goer. An incredible feat. Fair play. Our trilogy will happen.”

Congrats Nate Diaz on making it to the end of his contractual obligations with the UFC, and as a bonafide superstar goer. An incredible feat. Fair play.
Our trilogy will happen.

However, Nate Diaz has reached at the end time of his contract with UFC. On his last fight, Diaz was scheduled to face Khamzat Chimaev at the main event of UFC 279. But instead of facing Chimaev, Diaz will face Tony Ferguson in the main event. Who is a former Interim UFC Lightweight Champion.

Although, Nate Diaz started his career in 2008. In his 15 years of career, one of the most impactful moments was the duel two fights against Conor McGregor. This rival fight started at 2016, when Diaz accused McGregor of “Taking everything I’ve worked for” in a post-fight interview in Orlando, Florida. First fight was in favor of Diaz but McGregor soon took avenge of the loss and made it 1-1.

It still remains 1-1. In present, many fans still want this fight to get a conclusion. After when McGregor tweeted something about trilogy, every fans was at McGregor’s throat. Everyone is curious and interested of seeing the third fight of this trilogy.

“When it flares up, I can’t even talk!” Mike Tyson opens up about health issues revealing shocking reason behind viral wheelchair video
‘I don’t want any way to cheat’ Bobby Green reveals why his fight vs Jim Miller at UFC 276 was scrapped