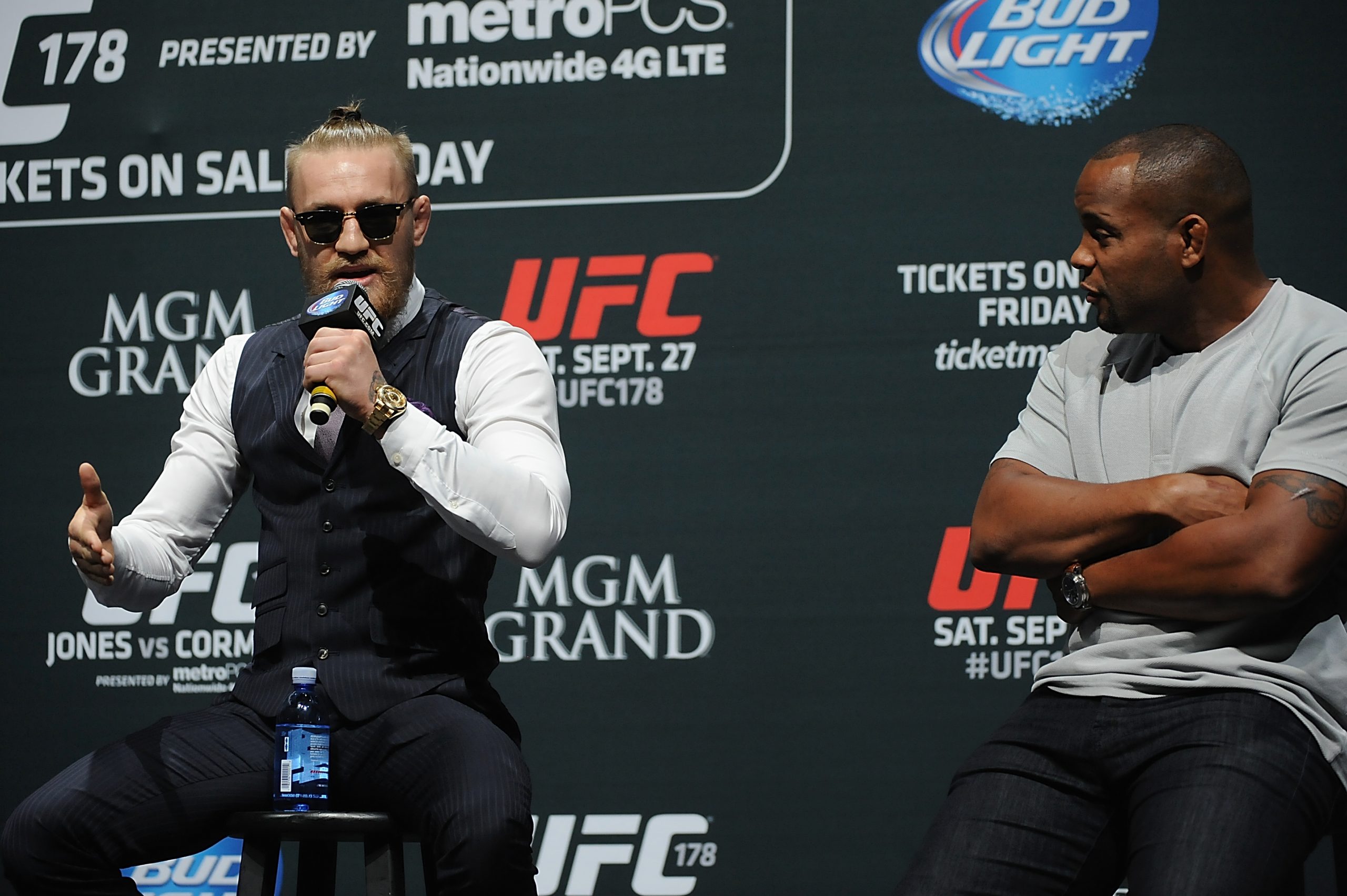 Conor McGregor has not fought since his brutal injury against Dustin Poirier. A lot of speculation has been flying around regarding the return of the king of the UFC. Conor remains the single most popular UFC fighter ever and the biggest of all PPV sellers. His return match is the most highly anticipated bout.

A lot of people have called Conor out since his injury! And naturally so, since he is the biggest money fight there is and would guarantee a huge payday and PPV sellout. Fighting Conor also comes with fame and recognition! Much like in the case of Khabib Nurmgomedov.

Everyone wants to fight Conor, but only a lucky few will get their shots. Daniel Cormier, being the expert analyst that he is, has named dropped a list of potential fighters who Conor could face. He has also speculated who the best matchup for McGregor could be.

Cormier has tipped Nate Diaz and Micheal Chandler to be the fights that make the most sense for Conor. DC adds that although he would love to see Nate and Conor finish their trilogy, Micheal Chandler is a much more lucrative opponent, as beating him would put McGregor right back into the contention for the lightweight strap!

There have been a few others who have been calling Conor out, such as the BMF Jorge Masvidal and Khamzat Chimaev. But according to DC, those fights will be very tough for McGregor and the risk will be too much for too little reward!

Here is the podcast where DC named Conor’s potential opponents: