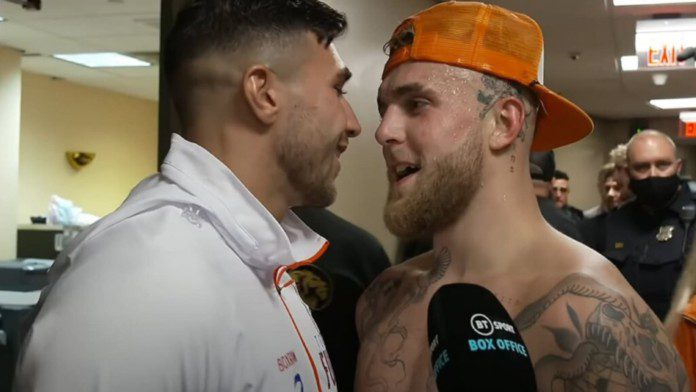 Jake Paul has called out Tommy Fury for allegedly pulling out of their bout on 6th August, citing reasons about his father not being able to travel to America.

The Jake Paul and Tommy Fury Saga has been going on for quite a while. The two were originally scheduled to fight back in December of last year. But Fury had to pull out due to injury and health concerns. Jake eventually ended up fighting Tyron Woodley for the second time, a fight that cost him millions of dollars.  Even though he scored another victory, the American YouTuber turned boxer still had Fury on his horizon. 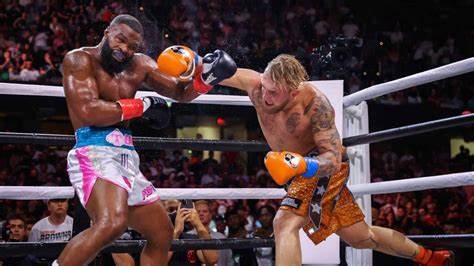 After many cryptic messages over the months, the bout was rescheduled to 6th August of this year. Even though the hype around the fight has been building up, according to Jake, Fury is going to pull out.

“I wake up this morning to another text from my manager saying Tommy Fury is pulling out of the fight,” Jake told followers in a video.

“We agreed to all of the terms. Everything is ready to go. We are 45 days away from the fight. We agreed to his $2 million dollar purse, agreed to VADA drug testing. Extra flights. Extra Rooms. Extra tickets to the fight,” said Paul. “We’re scheduled to have a press conference next week in New York. His whole entire team is like yeah everything is good we are going to sign the contract today. It kept on getting pushed, it kept on getting pushed, until now, and what’s the excuse? Oh I can’t come and I can’t do it because my dad can’t be there with me during the fight. Well, Tommy, your dad has been banned from the United States for 15 years, you’ve known this the whole entire time, he is a criminal he is not allowed in.”

Jake has admitted that he is willing to fight Fury without the presence of any team members around. He alluded to Devin Haney wanting to fight George Kambosos in the same fashion.

“When you fought Anthony Taylor in Cleveland neither Tyson nor your dad was there with you in your U.S. debut. Now all of a sudden you need your team with you. That doesn’t make any sense. I will agree to not have my team around me during the fight week. I will agree to fight without my coaches in my corner. We could both fight solo, dolo, just like Devin Haney was gonna do against George Kambosos. This is what real boxers do, real boxers make fights happen.”

Jake did not shy away from saying that Fury is actually scared to fight him, and that is why he is coming up with these excuses.

“You’re scared. You claim you’re a professional boxer but you don’t want to make the fight with me, who you’ve talked so much sh-t about, who you said you will spark, who you say I’m nothing compared to you, where is all that sh-t talk now Tommy? You’re a f–king atypical professional boxer who doesn’t want to make this fight actually happen. This is the biggest opportunity of your life and you’re fumbling the bag once again and I can’t believe how f–king stupid you are. F–king idiot.”