Derwin James not playing for the chargers, knee injury sends him to 2021 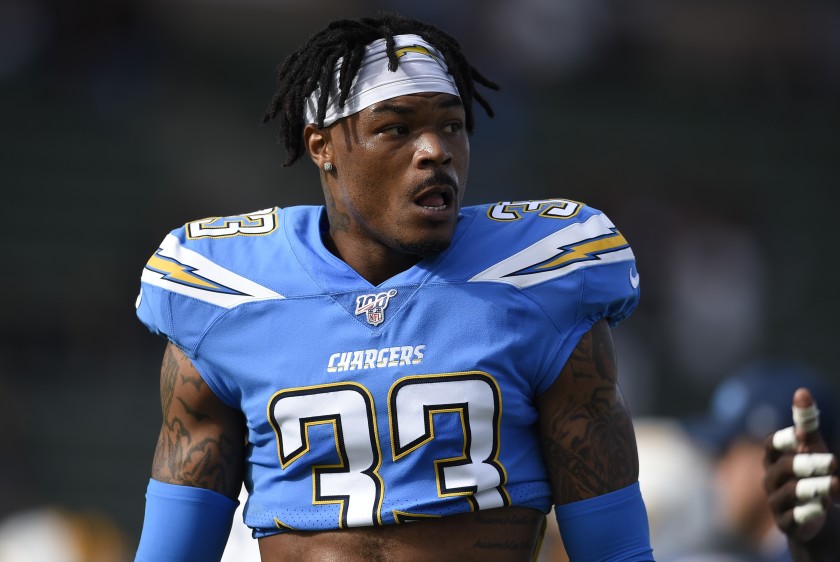 It seems Los Angeles Chargers are having quite a tough time as they have recently confirmed the loss of standout safety Derwin James. They will reportedly be without their key player due to a right knee injury, which will require surgery.

Derwin James had a severely difficult time on the field for the second time in a row and had to leave the field with medical team members. James underwent tests immediately afterward and again on Monday, the latter round confirming the extent of the damage.

Though the result of the surgery is still pending, team members and coaches doubt that he might need six to eight months to recover, which means he might have to skip the 2020 season.

Before the news of James missing the season broke late Monday afternoon, coach Anthony Lynn spoke with reporters on this issue and said he made a point to spend time with James after his latest injury.

Lynn said to  Adam of ESPN, “I just wanted to be there present with the young man,” Lynn said. “This could be tough for him. … He’s a strong-minded young man. He’s going to be fine.”

The scene of James leaving the field was itself very frustrating and according to Sports Illustrated’s Fernando Ramirez, he threw one of his gloves in frustration while walking to the team’s medical tent. He then stayed in the tent for the remainder of the practice.

Jame is no newbie to such kind of massive injuries. He had to suffer a stress fracture in his foot prior to the 2019 campaign. Surgery sent James to the injured reserve prior to the season, and he remained there until late November, appearing in just five games. And this time, skipping the 2020 season again has made him quite depressed.

#Chargers star safety Derwin James is likely to miss significant time with a meniscus injury he suffered during today’s practice, I’m told. James was expected to be a Defensive Player of the Year candidate and will now have to wait and see when he will be back on the field.

James is the type of versatile safety who can make plays in the box against the run, rush the quarterback around the edge and stick with tight ends and wide receivers over the middle as a pass-defender, in short, an all-in-one package!

So, It will be challenging to replicate that type of impact for the Chargers and will likely require combined efforts from multiple players. But the coach is quite hopeful and gave a reply on the placement issue, “We have a lot of guys here in this camp that know our system really well. Since you (media) guys are consistently telling me how stacked we are in the secondary, why the hell would I be looking anywhere else?”

I hope the team gets a replacement for the veteran, and he makes a great comeback again!

Leonard Fournette to be waived; not traded from the Jaguars
Patrick Mahomes, champion Chiefs receives the Super Bowl rings with another good news