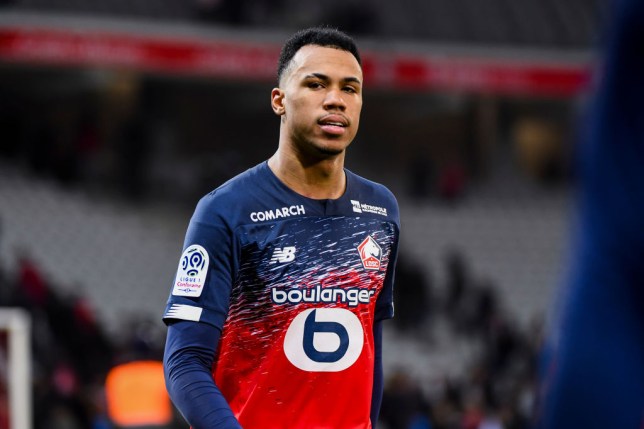 Arsenal have officially completed the signing of Gabriel Magalhaes from Lille. The transfer has cost Arsenal £27million to seal the deal in the end.

As per the deal, the Brazilian defender has tied with the North London club on a five-year contract. Previously, Paris Saint-Germain, Manchester United, and Napoli showed interest in the player.

But he joined Arsenal instead snubbing more lucrative deals from those clubs.

? Central defender Gabriel has joined us from French side Lille on a long-term contract!

Regarding the transfer of Magalhaes, Arsenal’s technical director Edu Gaspar said, “We are delighted to have signed Gabriel.

“He is a player we have been studying for a while and he was in demand from many clubs, so we are proud to have agreed and completed this transfer with Lille and the player.

Edu added, “Gabriel is a player of high quality and Mikel and his coaches are looking forward to integrating him into the club.”

On the other side, Arsenal manager Mikel Arteta shared his opinion with delight for signing the defender, “We welcome Gabriel to Arsenal. He has many qualities which will make us stronger as a defensive unit and as a team.”

“He has proved with Lille that he is a defender with many outstanding attributes and we are looking forward to watching him grow as an Arsenal player.”

Gabriel’s representative Guilherme Miranda confirmed that his client rejected the offers of other clubs to play for Arsenal.

The 22-year-old has been keen to join the Gunners and eventually, chose to play at the Emirates.

The representative said to journalist Freddie Paxton: “Arsenal was nowhere near the best proposal [money-wise].”

“Gabriel chose them over more lucrative offers because Edu convinced us of the project.

“It’s 100 percent because of Edu Gaspar and [Mikel] Arteta.”

Gabriel Magalhaes will be a great addition to Mikel Arteta’s defense line since the Gunners had been vulnerable at the back. With his arrival, Arteta can feel relieved a bit to organize a new squad ahead of the new season.

Arsenal’s journey had been eventful in the last month or so with back-to-back titles. Earlier, they won the FA Cup beating Chelsea. On Saturday, they defeated Liverpool to win this season’s Community Shield. However, their last Premier League season had been poor, standing 8th on the table.

Hence, Arteta has made some decisive signings for the new season. He has already brought veteran winger Willian from Chelsea FC. Dani Ceballos is close to joining the Gunners amid his speculations to reunite with the club again after his successful loan spell. They also joined Liverpool to sign treble winner Thiago Alcantara from Bayern Munich recently. They are also looking forward to tying Pierre-Emerick Aubameyang with a new three-year deal.

Ivan Rakitic undergoing medicals at Sevilla ahead of transfer to former club
Lionel Messi could leave Barcelona- admits his father, but denies any contact with Pep