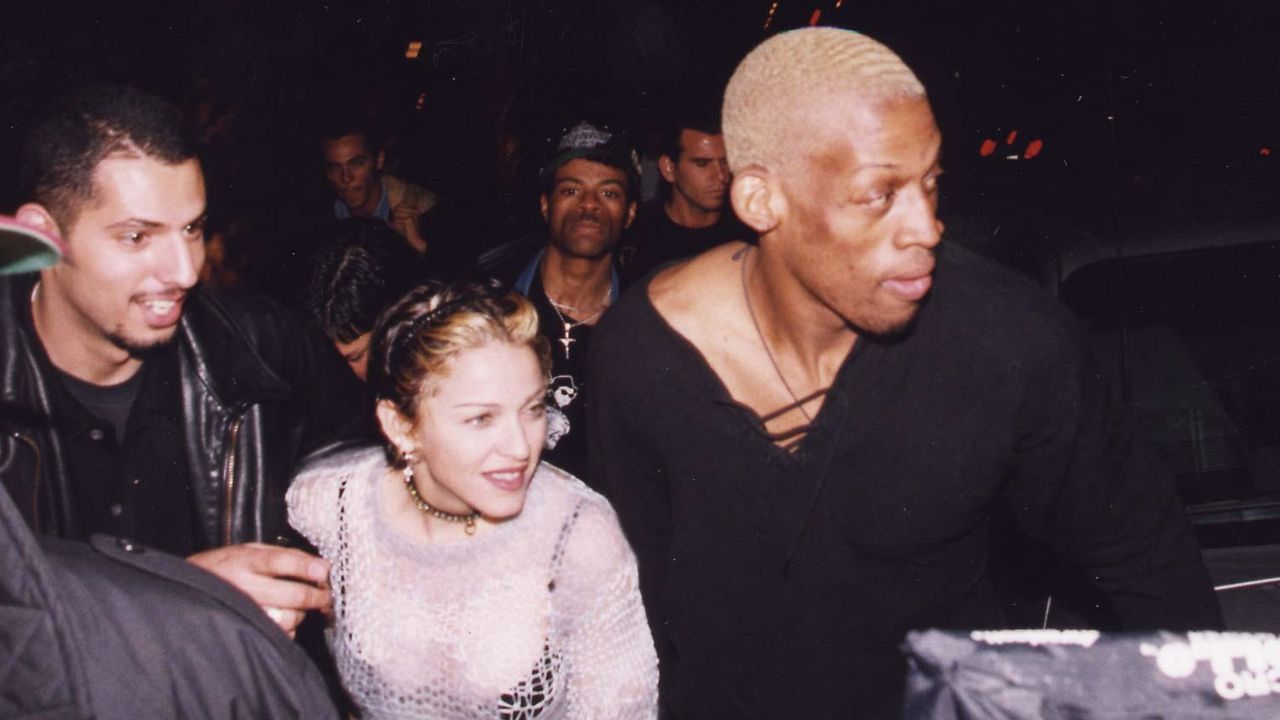 Dennis Rodman is one of the most outlandish basketball players to ever grace the court. However, in his early years, the NBA player would party twice as much as if he were in his twenties. Rodman also had numerous romances with well-known women and random strangers. But he would never let that interfere with his ability to become one of the best defensive players of all time.

Rodman went on to win the league’s defensive player of the year award twice and five championships with the Detroit Pistons and Chicago Bulls. Along with Michael Jordan and Scottie Pippen, The Menace would form the greatest triumvirate of all time. He was the NBA’s biggest sex symbol and was usually at the heart of scandalous incidents.

Madonna was one of his more high-profile love-interest at the time. Dennis the Menace was a member of the San Antonio Spurs at the time. While their romance was strong and compelling, it only lasted approximately two months. Dennis Rodman earned approximately $27 million over his remarkable career. However, the five-time winner passed up the opportunity to earn an additional $20 million by getting Madonna pregnant.

Rodman revealed in an interview that the pop artist had promised her millions of dollars to have a child with her. He continues, “She (Madonna) said, ‘Dennis, you know that I’m ovulating.’ I said, ‘What is that?’ I was trying to f*** with her, you know? I said, ‘I’ll be there in five hours,” he added. “She asked me that if I got her pregnant, she’d pay me $20 million. That’s if the child was born.”

Dennis admitted that he tried to impregnate her but failed, which is why the couple parted ways. After the incident, Madonna went on to become the Queen of Pop in the 1980s with her hit “Material Girl” from her 1984 album “Like A Virgin.” And throughout his time in the league, Dennis Rodman would become the subject of numerous stories and scandals.